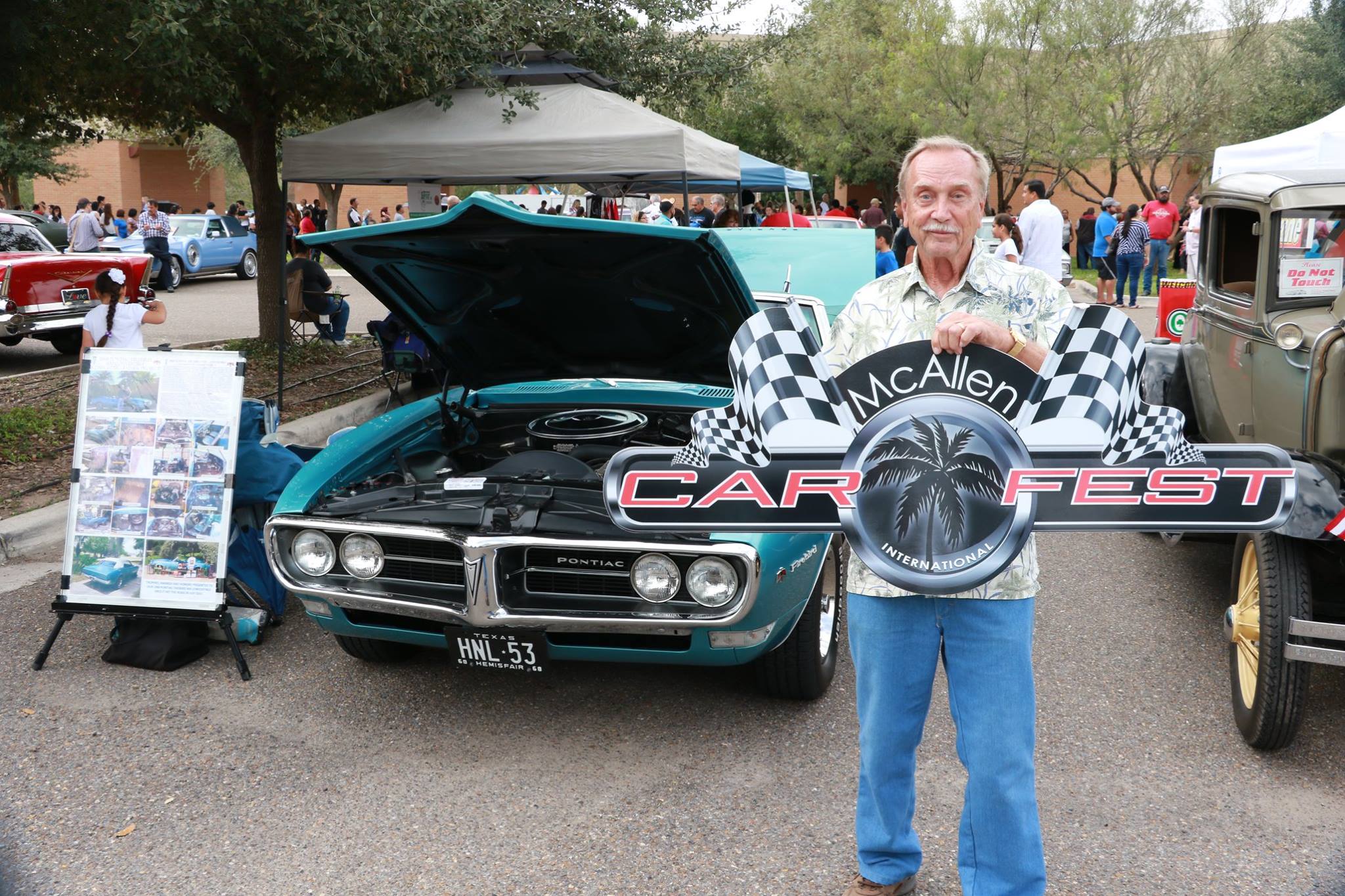 Perhaps you too have experienced that moment; upon noticing vehicles time-stamped by design, a smooth and exciting ride back to those periods ensues. The McAllen International Car Fest has been providing these opportunities for valley residents since 2011. An event with growing national – as well as international – appeal, Car Fest began when Al Diaz, Operations Manager for the McAllen Convention Center, was informed by his director that, after having been approached by numerous Rio Grande Valley car clubs, a car show should be created. “We put it together in a month,” said Diaz, “but we did get the help of all the car guys and their clubs.”

The car clubs who helped create this three-day family event that hosts celebrity vehicles, interactive workshops on mechanics, and concerts, were The Mustang Club, Mo Cars, Old Cars, and Pontiac Car Club. Going from displaying 220 cars their first year, Diaz expects 270 vehicles outside the convention center for ‘Show and Shine’ (a segment open to the public without registration) and every room within the 176,000 sq. foot convention center to be filled with spectacular vehicles.

Car Fest, along with Palm Fest, is one of two yearly community events the McAllen Convention Center Coordinates. Yajaira Flores is the Manager of Sales and Event Services at the convention center, and says the goal is to provide a fun, enriching experience for valley residents. “The purpose of these events, in conjunction with other departments of the City of McAllen,” says Flores, “are to improve the quality of life of the residents.”

One of the quality-improving features of Car Fest that many look forward to is the celebrity vehicle. Starting this tradition their second year, the convention center hosts a famous car headlined in a movie or TV series. The first celebrity vehicle to make an appearance at Car Fest was the famous DeLorean from the 1985 blockbuster – Back to The Future, starring Michael J. Fox and Christopher Lloyd. The DeLorean, a DMC-12, and the only car ever made by John DeLorean’s DeLorean Car Company, consists of gull-wing doors, and a stainless steel body. The vehicular time machine at Car Fest was one of 10 replicas reserved for the film and was signed by Marty and Doc. 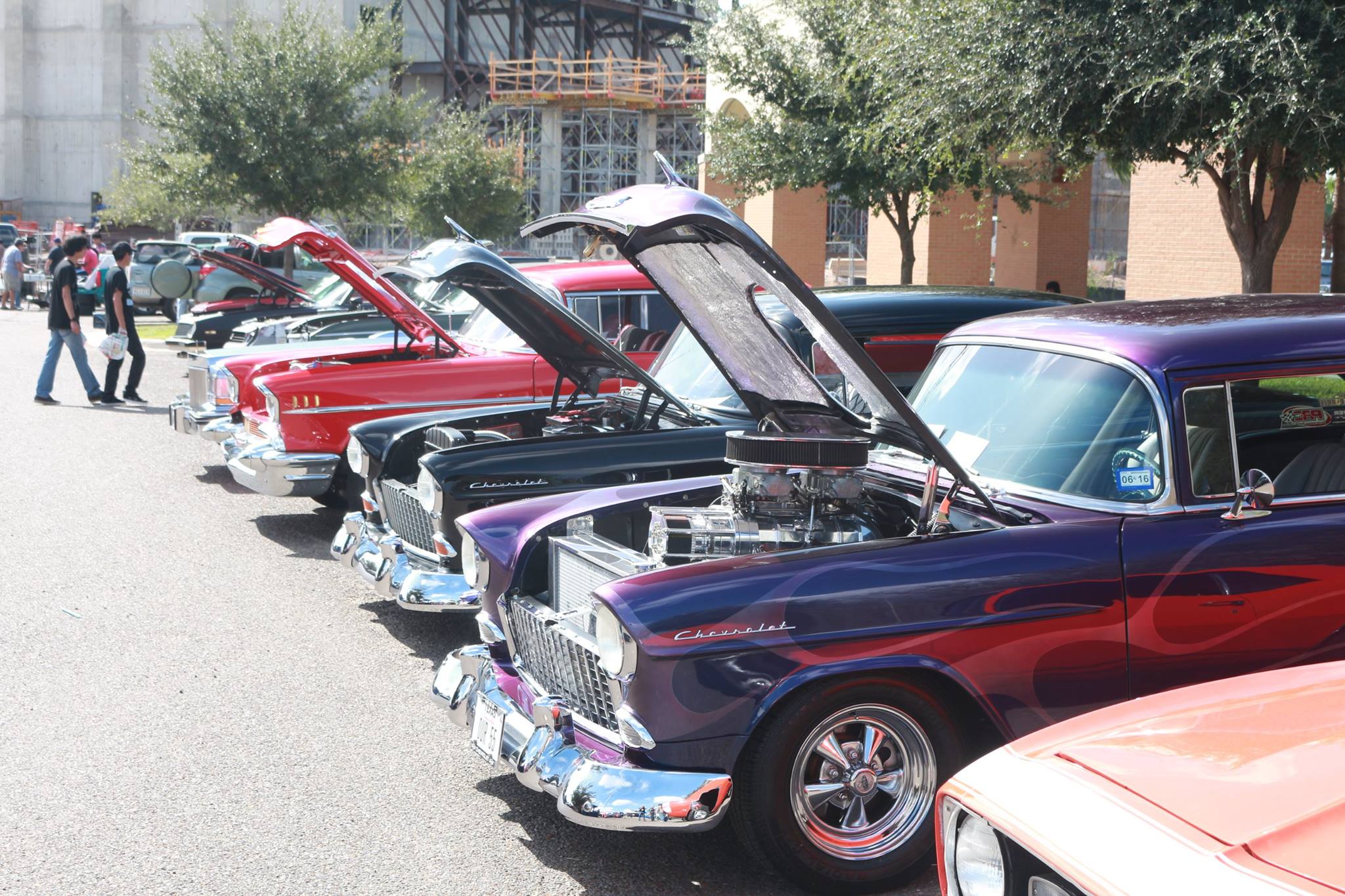 Traveling a year into the future, yet several into the past, the famous Batmobile (a ‘55 Lincoln Futura) from the 1966 film and TV series, starring Adam West as Batman, and Burt Ward as Robin, made its way down to the convention center. Next up was Eleanor, the star of Nicolas Cage’s Gone in 60 Seconds, named after the ’73 Ford Mustang Mach 1 from the original G60S. (The more recent Eleanor is actually an older Mustang model – a ’67 Shelby GT500.) And finally, last year’s special appearance was Bo and Luke Duke’s General Lee from The Dukes of Hazard. You’ll have to be a little patient to find out what this year’s celebrity car is.

Should it suffice in the meantime, this year will be the first that an obstacle/skills course will be available for Jeep owners to participate in. The course will consist of a balance beam, on which the driver will have to use careful maneuvering to stay leveled. Also on course, where spectators will be able to enjoy viewing from bleachers on the northeast side of the convention center, will be a dirt hill, mud course, connected rows of tires to drive over, and a course mapped out by cones leading to the exit. Among other novelties for this year’s Car Fest is the taking apart of a motor, piece by piece, followed by its reassembly and an exotics car vault. During this time guests will be encouraged to ask questions about the disassembling process, the motor’s components, and anything else that might come to mind. This will take place inside the convention center.

Viewing the end result of high investments and hard work put into the vehicles being showcased will be something to behold. “You have got to understand the passion these guys have,” said Diaz, “because they say next year, I’m going to build a car that’s going to beat the other cars, it’s going to be the best to show.” Diaz estimates the total value of the vehicles showcased in the ballroom of the convention center will be around thirteen million dollars. Two of the high priced vehicles includes a 1926 Reo, valued at half a million dollars, and a gold/silver-plated low-rider valued at a million dollars.

Fueling the drive of those showcasing is the bragging rights and recognition that comes from winning one of the major categories of which there are sixty-five in total. These include a McAllen Mayor’s Choice, People’s Choice and Best of Show. The friendly competition and sheer awe of the magnificent vehicles is sure to amaze many, though Flores reminds us of the importance placed in bringing the family together.

“There are plenty of car enthusiasts in the Rio Grande Valley but Car Fest is a little bit more than that. When you walk through the facility for this event, it’s like you’re walking through history because you have the first cars that were ever built. You have models of 1930s, 40s, 50s, 60s, 70s. To walk through the facility with your father or grandfather and go through the convention center and you know… I’ve walked with my grandfather and he’s like ‘hey, that’s the car I had in 1967, how cool!’”

One-hundred percent of the proceeds from Car Fest will go to charitable organizations like the Make a Wish Foundation and Wounded Warrior project, as they have in years past. And this year the Make a Wish Foundation will be raffling away a vehicle. The McAllen International Car Fest will be held January 29-31 and ticket prices will go from free admission for children under the age of twelve, twelve dollars for students and seniors, and fifteen dollars for adults. Worry not, there’s no football on that weekend except the Pro Bowl, as I said. So with that in mind, the convention center and City of McAllen invite the entire community to come out and take part in this event the entire family is sure to enjoy.