At most high schools in the Valley, a glossy leather letterman jacket in the hallway is the mark of a well-respected senior. At Med High and Medical Academy, however, seniors walk the hallways in scrubs.

Along with the health science curriculum, students at both campuses are able to work towards 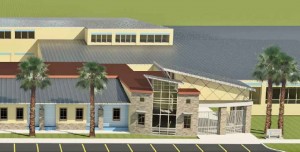 In addition to the challenging curriculum, upperclassmen earn their scrubs by interning with local clinics, physicians’ offices, hospitals, nursing homes, and veterinary clinics.  Med High and Medical Academy students aren’t exactly getting the coffee and running errands in these internships, either. They interact with, and often assist with, diagnostics on actual patients, said Medical Academy principal Harry Goette.

“Our students see the world in a different way, because they’ve gone out and saved lives and seen lives lost,” he said.

On a Wednesday afternoon at Medical Academy, teacher Linda Robles is trying to prepare her 11th grade students for their foray into the real world of medicine.

The students are seated at lab tables facing Robles, who is going over the first steps in taking a patient’s temperature and blood pressure.

Toward the back of the classroom decorated with a Despicable Me minion motif, 16-year-old Kristy Arvizu of Harlingen listens to Robles, who continues on at a quick pace that doesn’t leave time for horsing around.

The class breaks into groups, and Arvizu concentrates on the assignment – to practice taking the blood pressure of classmates posing as patients.

Robles reminds the students that she needs to hear introductions to the patients and an explanation of what is going to happen, like they talked about.

So Arvizu takes a step closer to the pretend-patient and playfully explains that she is going to apply the sleeve in order to measure blood pressure. 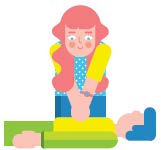 Robles said that the class may spend a couple of weeks running scenarios like these and practicing technique so that her students won’t have any surprises in store when they do their senior internships.

“These are skills that they absolutely have to feel comfortable doing, because it’s some of the ones they will use the most,” she said.

Arvizu continues practicing and then switches out to serve as the patient.  She said she and her family decided she would attend Medical Academy after her brother went there, and they saw what a head start it gave him.  It is not uncommon for these campuses to see several siblings from a family walk down the halls towards their future in the health professions.

By the time Arvizu graduates Medical Academy, she, too, will have a head start.  Just the blood pressure practice she’s doing wouldn’t usually come until the associate degree level, Robles said.

Getting that head start, however, isn’t always easy.

“Because we focus on the core and health science classes, I get some advantages,” Arvizu explained.  “But it is weird to be talking to some of my friends at their home high schools and they say ‘I have to do my history homework.’  And I say, ‘I have history homework, and I have to practice CPR.’”

Med High and Medical Academy partner with a number of universities as well, providing their students with enrichment opportunities and avenues towards several early acceptance professional medical programs.  One long-standing partnership these campuses are involved in is the Premedical Honors College (PHC) Program, a joint venture between the University of Texas-Pan American and Baylor College of Medicine (BCM).  Med High, the STISD campus with the longest history in the program, has graduated 19 doctors from this particular program, who are now serving in communities throughout the state and country.  Through the PHC program, Med High also currently has 11 students completing residency programs, 10 students enrolled at BCM, and another 10 students currently enrolled at UTPA and making progress towards medical school.  In addition to the partnership with BCM and UTPA, the campuses also have partnerships with M.D. Anderson,

Med High and Medical Academy serve students from a 3,643-mile area made up of three counties – Cameron, Hidalgo and Willacy.  The area served by STISD overlaps 28 other school districts.  As the campuses do not serve set zones of residences, students must apply to become enrolled.  The rigor of the schools, plus other factors, often complicates the decision to attend one of STISD’s magnet schools, according to Goette.

“It’s a difficult decision to make in 8th grade, when you’re sitting in class, to leave your circle of friends and endure a possibly very long bus ride and a challenging curriculum,” he said.  “But our students are willing to make that sacrifice.”

“The application process is a student and parent commitment,” Goette added.  “Then, only after attending a campus informational meeting and completing a summer orientation taught by current students, does a Med High or Medical Academy hopeful become an enrolled student.”

“Enrollment for all STISD schools is handled on a first-come, first served basis.  There are no entrance criteria other than living in the tri-county area served by the district and having been promoted to the grade level to which the student is enrolling,” Goette said. 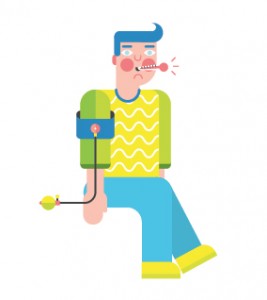 “At STISD, we work to sustain small learning communities, as we find this environment to be the most effective for student success.  We closely monitor our class sizes,” Heater said.  “We want to make sure students are receiving personalized instruction and the attention and support necessary to be successful in our programs.”

STISD campuses do not screen applicants.  The district opens a set number of spots – depending on the capacity of each campus – for each school on a particular day and at a particular time.  Once all of the seats are reserved, enrollment for the campus closes.  The students coming in to the campuses make a choice to commit themselves to their work in an effort to meet success through the curriculum.  The district makes a commitment to support the students and provide them with the highest-quality education possible.

Enrollment for the 2014-2015 school year is set to begin January 18, 2014, for those students who are interested in pursuing a future in health professions through Med High or Medical Academy.

Both campuses have been nationally recognized.  In 2013, Newsweek named Med High the 43rd best high school in the state, and Medical Academy the 92nd.  In The Washington Post’s High School Challenge Index, Med High was ranked 13th in the nation and Medical Academy 8th.

Another measure of the schools’ successes is its graduates, some of whom returned to teach in the district, like José Lucio.

Lucio graduated from Med High in 1995 and worked as a respiratory therapist before teaching elementary for seven years.  In 2009, he returned to STISD to teach at Medical Academy.  Like Lucio and Robles, the vast majority of health science teachers at the two campuses were health professionals before they became teachers, so they bring with them a wealth of knowledge and experience to share with their students.

Goette said the dream for graduates of Medical Academy or Med High is to graduate and return to the Valley to serve the community.

“What better place to share their knowledge and skills they value than here,” he asked. “Leadership is also a strong part of what we do here.  We teach medical care, but we’re also trying to shape the leaders of tomorrow.”

Both campuses may have more Valley educated graduates returning to teach, as STISD expands and the University of Texas System works on creating a Valley medical school.

Medical Academy will soon be able to provide more Valley students with the opportunity to pursue a medical high school education.  The campus will move to its new facility in Rancho Viejo, which is currently under construction, in the fall of 2015.

Plans are underway for the current Medical Academy campus in San Benito to be repurposed as the district’s second middle school, in a location more convenient for the families of Cameron County. Currently, STISD only has one junior high – South Texas Preparatory Academy in Edinburg – for its four high schools.  The new middle school in San Benito will be similar to STPA, with a goal of preparing students for the rigors of STISD high school.  The new middle school is set to open in the fall of 2015, with only the seventh grade for the first year and phasing in the eighth grade the following year.

Med High is also expanding its current facility in Mercedes to include a new state-of-the-art health science wing.  This new wing will include a medical lab, emergency medical technician (EMT) simulator, human patient simulator clinic, and skills lab, all with the goal of replicating for Med High students the experiences they will have in health professions outside of the classroom.  This new addition is set to open during the 2014-2015 school year.

The changes at Med High and Medical Academy are only part of the shifts occurring in health professions education in the Rio Grande Valley.

The first class of Valley med school students is set to start in fall 2016.

While much is still uncertain about the effects of the new medical school, Goette said that he hopes to work together to integrate STISD students just like partnerships the district has with doctors’ offices, veterinary clinics, and pharmacies throughout the Valley.

“Our students always have something to look forward to, and all of our students have ambitious long-range goals, so a medical program here is going to provide more opportunities, so that has to be a good thing,” he said.

As for Arvizu, she is looking forward to doing her senior rotations in the medical assistance field, which means walking the halls in those coveted scrubs.  She said she knows a lot of her classmates have their eyes set on medical schools out of state, but she thinks a Valley medical school will provide another good option close to home.