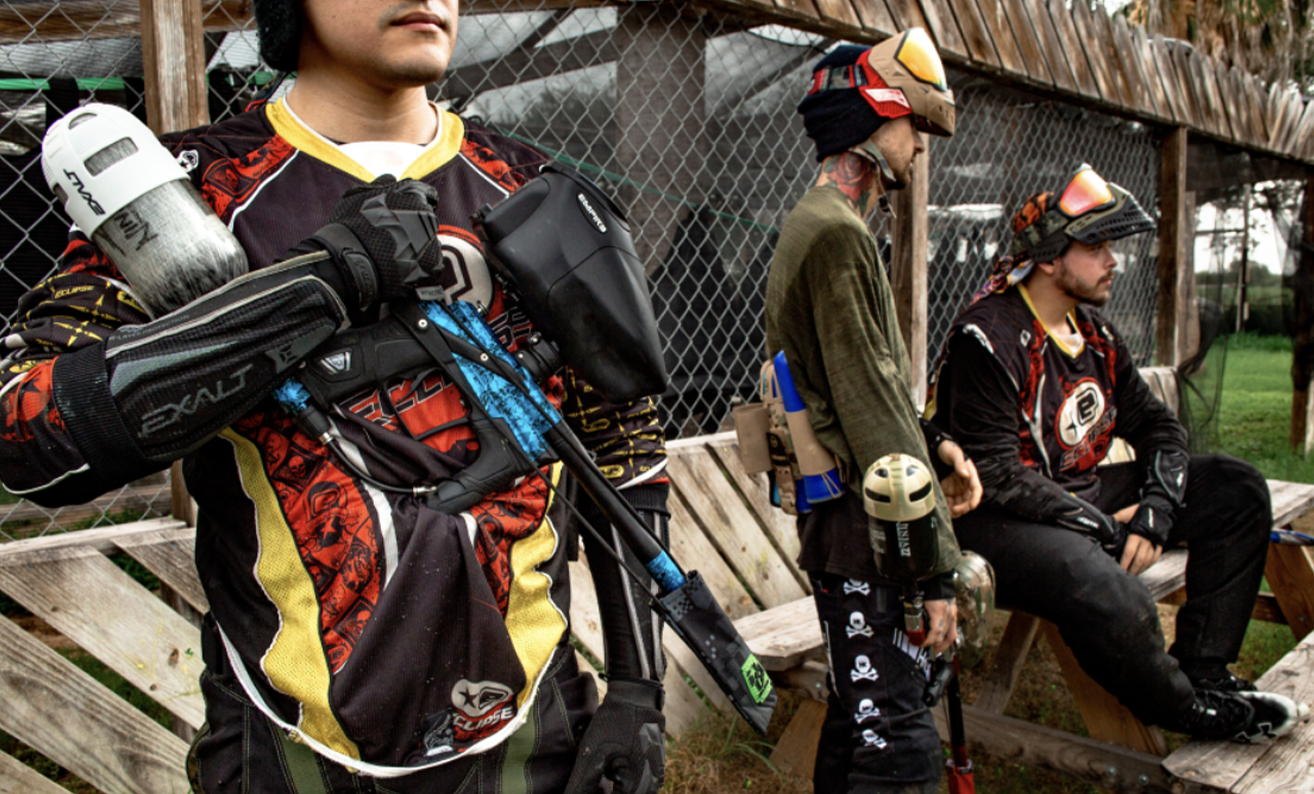 “If you’re scared of getting a shot, you’re not going to do well,” Janette Gonzalez answered when asked for advice on playing paintball.

“I’m not a pro or anything but the key to paintball is moving up in confidence,” Gonzalez continued.

Gonzalez flexes her confidence on the paintball field when she plays as part of the Aztec Warriors Paintball Team and sees it every weekend on Delta Field Paintball, a field located near Edinburg that she has been managing for the last three years.

The field is a family business that has been in existence for 9 years, roughly the same amount of time since Gonzalez started becoming an active paintball player. 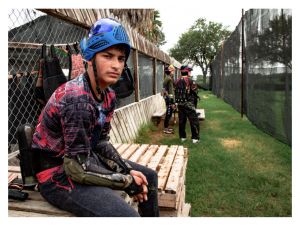 “I had friends in the Aztec Warriors Team who kept coming here to play and inviting me to join them,” Gonzalez recalled. “At first I’d tell them no but since it’s easy to develop good relationships with other players here I eventually said yes. We now hold charity events together every year.”

Gonzalez said that playing paintball with others creates a sense of camaraderie that leads to deep friendships with even those you just met at the start of a round of paintball.

“If you’re creative, there’s lots of opportunities to play in the Valley. We encourage players to go [play beyond] our field to get involved with other paintball communities,” Gonzalez said. “It’s a community here. We get so many types of people participating. Once we had two kids who were homeschooled participating and they didn’t get out a lot but by the time they left the paintball field, they had friends and confidence. I’ve seen a lot of friendships being made and met people I’d otherwise wouldn’t have met.”

Carlos Obregon regularly plays at Delta Field Paintball and is familiar with other paintball fields in the Valley such as Edinburg Paintball Bttlgrnds, Maven Paintball and Phobia Paintball Park near the Mission area.

“I’ve been playing for 12 years and started with my cousins. We’d hang out together and just play with basic equipment in the backyard,” Obregon said.

Though he admitted that explaining why he loves paintball is hard to describe, he urged people to try it.

“You would have to play to get it. It’s a stress reliever and you concentrate on shooting others and they shoot back,” Obregon said. “Everybody struggles at first. You don’t have the best equipment when you start but it makes the experience better, especially if you practice a lot.” 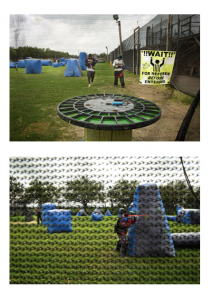 “Not every player is the same, it’s like a video game but hands-on and in real life,” Obregon said. “I think you need different types of fields to truly know yourself and other people you play with and practice. It’s a great sport. At the end of the day you forget about everything and are a kid again for a few minutes and enjoy that. It’s a fast-paced game. When you’re out there you feel nothing else besides the motion of it all.”

Gonzalez said the video game comparison was appropriate for paintball. She and her team participate in “scenarios” where players take part in a story that includes video game simulations or historical re-enactments.

“As someone who plays a lot of Call of Duty videogames, scenarios are up to my speed,” Gonzalez said. “It’s cool and very fast-paced and insane. Our team is known for being aggressive, my children will participate in this when they’re older.”