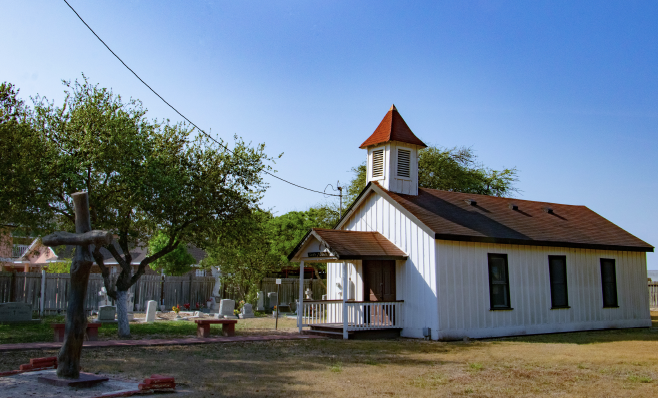 Our backyard is full of history and it’s important to take in as much as we can. To learn about the history of this land is to better understand why this region is so bustling today. It explains why for centuries people from different backgrounds settled and moved through this fertile river delta for generations.

The Rio Grande Valley is 4,244 square miles from Starr County in the west and the Gulf Coast in the east, from the northern ranchlands where the RGV begins to the banks of the Rio Grande that separates one nation from another.

One of the most interesting still-standing historical locations is the Jackson Ranch Church south of Pharr. This site is worth visiting not only because it is one of this area’s earliest Protestant churches but because of the land’s former owner and the context around its existence. 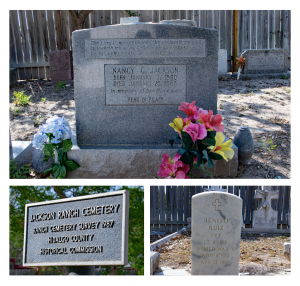 For residents looking for something to do, somewhere to visit, maybe it’s time to skip the retail plazas, bowling alleys, and movie theatres and explore a landmark — especially one whose pristine and quiet history is being encroached by border wall construction and litigation.

Before the Civil War, former slave owner Nathaniel Jackson had gotten sweet with an African-American enslaved woman named Matilda Hicks. With adult children and 11 freed slaves in tow, Jackson’s family wanted to escape the intolerance of race mixing and potential danger in the Deep South. The move alone was on the verge of a crime because the children of enslaved women were automatically born into slavery. Jackson broke this cycle.

“It’s a remarkable date because that was the year of the Dred Scott decision,” STC professor and local historian Ruben Flores said. “At the very core of it said that the constitution didn’t apply to Africans, to slaves.”

The Jacksons settled in Pharr and used the proximity to the Mexican border as a final stop for fugitive and runaway slaves seeking refuge from ruthless laws demanding their return to bondage.

“The Jacksons’ idea was to go to Mexico, but when they got to the site of the ranch they decided that they wanted to settle on the United States side,” Flores said. “It was a little intimidating going into Mexico not knowing the language. So Nathaniel Jackson bought 5,000 acres for 36 cents an acre.”

Along with raising livestock and growing corn and sugarcane, the ranch was a hotspot of activity in the Civil War era with enslaved people escaping bondage and dashing to safety in Mexico.

UTRGV’s CHAPS (Community Historical Archaeological Project with Schools) designated the Church Ranch as an important location in the Valley’s Civil War Trail since it was situated along the Military Road (now Military Highway) between Fort Ringgold, in Rio Grande City, and Fort Brown in Brownsville.

Many think of the Underground Railroad as the safe passage of Africans to Canada or the free northern states, but the Jackson Ranch is proof that there was a southern route to freedom.

“A lot of the African Americans that came through decided not to go into Mexico and stayed there with him and they eventually ended up staying in the Rio Grande Valley,” Flores said.

Jackson gave freed Black folks a place to work and live without the cruel nature of slavery. The agriculture and livestock were tended to with workers, not human property.

The still-standing church that was erected on the property was another subject of conflict and struggle in these pre-Civil War days. Nathaniel Jackson felt the Methodist church was not harsh enough in its stance against slavery and brought in a minister to make the practice Methodist Epicostal. At that time, the Methodist church was having internal conflict all across the United States for taking a side or being too neutral.

The Civil War was truly a battle for the soul of the United States. The war was also fought in the pews as white slave owners and Confederates hoped their churches would condone and bless the heinous practice. 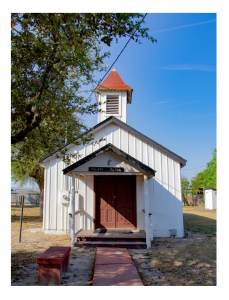 “The church has been renovated — there’s a sign from the United Methodist Church and the cemetery is still intact with marked and unmarked graves,” Flores said. “It’s all there off of Doffing Road.”

Nathaniel Jackson passed in 1865, leaving his eldest son Eli the plot of land with the church and cemetery site, while the rest of his kin were giving parcels of the ranch. Nathaniel is buried in an unmarked grave, while Eli is one of the oldest marked tombs.

As recently as last summer, descendants of Nathaniel and Matilda have been fighting to preserve the land around the property — specifically from border wall construction that can be seen in a YouTube interview in 2020. Exactly what made the site so attractive to the family could be the reason for lots of charges, proximity to the border.

You still can, for the time being, stand at the site and appreciate the massive amount of history that was born from forbidden love in a time of turmoil in a location where languages, cultures, nations, and races collide. The Jacksons showed us 164 years ago that it’s possible to coexist.