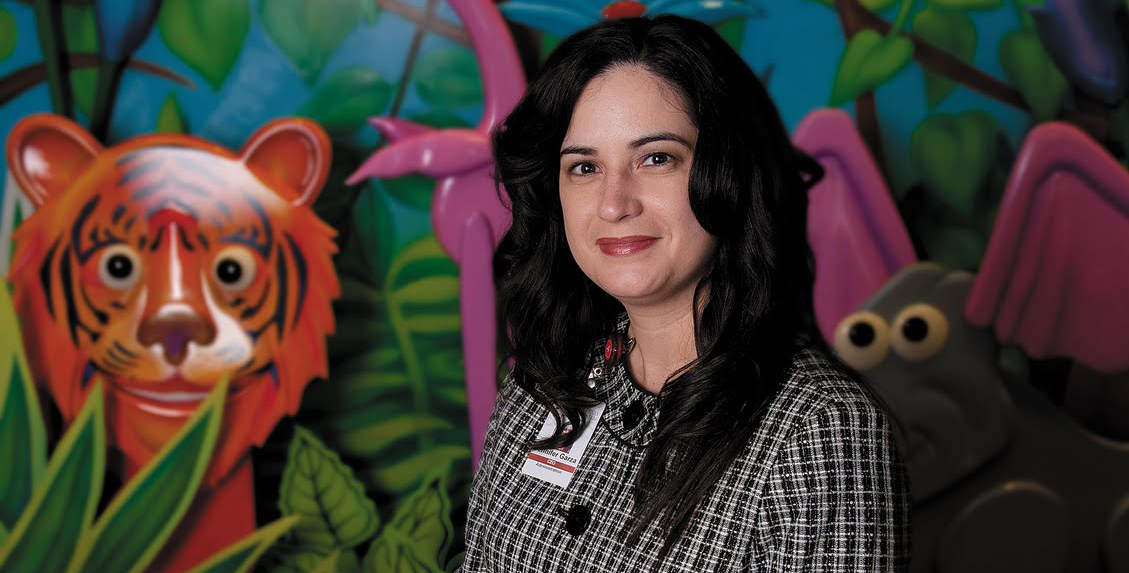 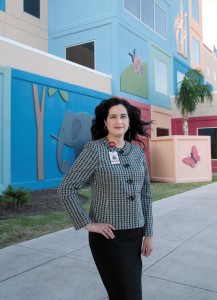 Being able to make a difference in a patient’s life begins with the people with the power to do the most good, according to Jennifer Garza, who as the new CEO of South Texas Health Systems Edinburg facilities, including Edinburg Children’s Hospital and Edinburg Regional Hospital draws upon a philosophy built upon the utmost care for patients, their families and especially staff.

A leader has to be open to communication at all times. Good news or bad news, the voices of staff and doctors is critical to the success of the hospital, Garza says.

“It means making sure we provide the best care, and the best quality we can,” she says. “I think I have a great staff here. It’s just a matter of moving onward and upwards, so to speak. There is a lot of opportunity here in the Valley. I think we will become a destination for the children and adults here, being the only childrens hospital in South Texas, that’s one of my goals.”

Garza is a Valley native who grew up in Mcallen, which she said fostered a strong sense of culture, and a spirit of empowerment she would apply throughout her life. The close-knit ties that are common in Valley families would shape her approach to the job, which she in turn hands down to staff in her capacity as CEO of the Edinburg campuses.

Openness and a passion to help others at an early age developed into a successful career built upon a deep respect for physicians, and the work they do, Garza says.

“Health care is centered around the patient. That’s primarily with attracted me to the line of business I’m in. Being able to make a difference in a patients life. Being able to make them better, to help them with problems. That’s my core,” Garza said. “That’s what motivates me, problem solving. The business side gets me thinking how we can continue to provide these services, yet still remain a viable organization to continue.

“To practice medicine is an art. I’m honored to work side by side with them,” Garza said. “You still get the medical part even though I’m not a clinician. You get to see it everyday. I admire that.” 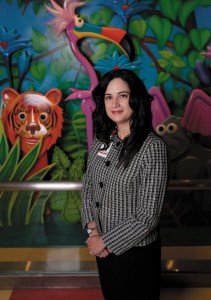 Garza began her tenure as CEO for Edinburg Regional Medical Center and Edinburg Children’s Hospital on Dec. 5, 2011 following the departure of  Linda Resendez, the hospital’s former CEO of five years.

As she begins her leadership role, Garza says priority number one will be meeting with staff as well as physicians in order to get a feel of what  needs to be done in Edinburg, she says.

Returning to the Valley after nearly 16 years, Garza says she is eager to get to the heart of what the region is all about. It has always been about family taking care of family, she says.

“It’s hard to explain if you’re not from here. In other cities, it’s more like these are my friends and acquaintances. Here in the Valley, you know what it’s like. It’s family,” said Garza, who is a graduate of Nikki Rowe High School in Mcallen. She earned her undergraduate degree in Biology at Texas A&M-Corpus Christi before  Master’s degree in Healthcare Administration from Trinity University of San Antonio.

“You have to do the best that you can, all the time because it impacts so many people. But at the same time you can make a positive change, or a positive difference because it does impact so many people,” Garza said. “That’s the way it is here. Everybody’s family. Your friends are family. You don’t really find that, or at least it’s harder to find that in big metropolitan cities. It’s a place of home. You have to do the best you can because it impacts everyone.”

Garza brings years of executive experience in the acute healthcare field to the top role. As the former Chief Operating Officer at St. Joseph Medical Center, a 792-bed acute care hospital in Houston, Garza has also served as COO and Ethics and Compliance Officer at HCA – The Woman’s Hospital of Texas. She has more than a decade of experience in health care management and is an active member of the American College of Health care Executives.

“I guess you always look up to the physicians. They’re the ones who take care of us. You remember them when your small all the way until you’re an adult. You rely on them so much for your life and big milestones,” Garza said. “I think in terms of health care I think that is what inspires so many people, or people look up them because of the impact they have had in our lives. That’s what led me to do health care.”