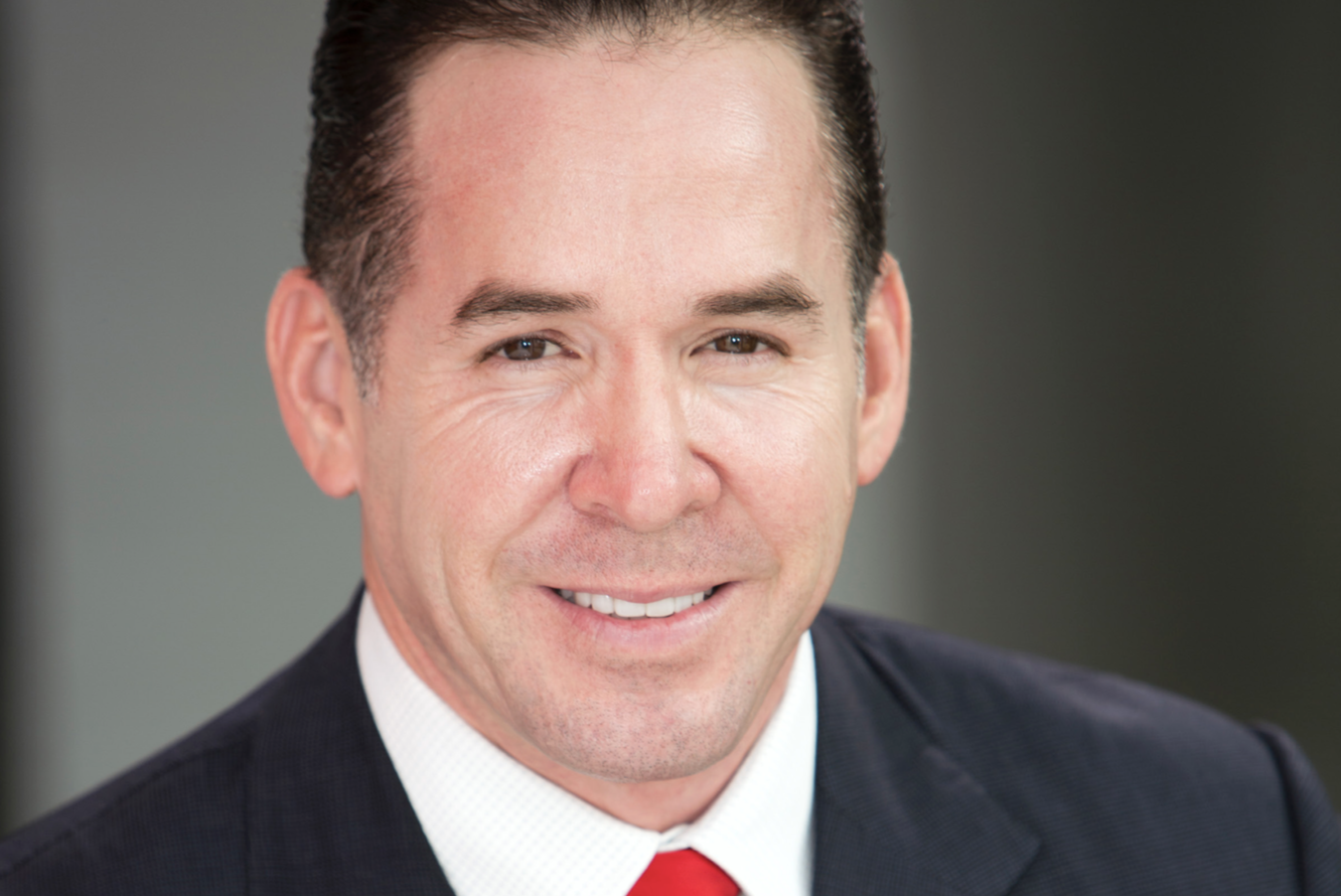 If not for a perpetually late friend, Jesus “Jesse” Gonzalez might never have become a lawyer.

“I’d have to wait in his house while he got ready and he had a lot of information for lawyers like the LSAT examination,” Gonzalez said. “He had all these exams to prepare you.”

In the half-hour Gonzalez waited, he read the materials, answered sample questions, and graded himself.

“I would get them right all the time,” Gonzalez said. “I would say, ‘man, this law stuff is so easy.’ That was my first hint that if this is something you want to do, obviously you can do it because you’re answering all these questions right.”

That natural affinity for law foreshadowed the future. Now, Gonzalez is an award-winning personal injury attorney at J. Gonzalez Law Firm, with offices in McAllen, Brownsville, and Rio Grande City. Through the firm, Gonzalez takes on thousands of cases every year, helping both Valley residents and clients across the country. 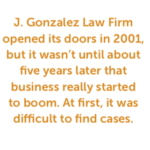 Prior to becoming a lawyer, Gonzalez was passionate about helping people. He felt frustrated that he couldn’t do more when he saw loved ones in need of legal aid.

“I remembered thinking, ‘I’m so powerless to help my friends and family because I’m not a lawyer,’” Gonzalez said. “To be in a position to help people with their problems would be cool — to be able to be that person they could go to for help.”

At the time, Gonzalez enjoyed teaching fifth grade at Benavides Elementary School in La Joya — though the John Grisham book “The Firm” also fascinated him. While getting his master’s degree in education at the then-University of Texas-Pan American, Gonzalez fell in love with a course on educational law.

“At the time, I felt like there were a lot of things that needed to be fixed in our educational system,” he said. “I thought if the only way to make meaningful change that will not just impact your students but impact an entire school district is if you are actually a part of the people that are doing legislation or passing certain laws or fighting for certain laws.”

He decided to become an educational lawyer, graduating from St. Mary’s University School of Law in 2000. But while preparing to move to Temple University in Philadelphia, Pennsylvania to begin an LLM degree in educational law, Gonzalez’s future changed.

“I got a phone call from a local lawyer that handled personal injury cases that said, ‘hey, why don’t you come and work for me?’” Gonzalez said. “I considered it because my educational debt was enormous.”

Though his dream was educational law, Gonzalez had also discovered a passion for personal injury law.

“I took classes that focused on essentially helping people when they’ve been hurt by people that are negligent or reckless,” he said. “I thought, ‘well, this is going to be a good fit.’”

“We have a problem in South Texas with a lot of people that illegally solicit accident victims,” Gonzalez said. “The very few that were left were being taken up by established law firms that had been representing accident victims for decades before I ever graduated.”

But once Gonzalez moved his office to a more visible location, learned how to market his firm more effectively, and started using the number 1-800-CAR-CRASH, more clients took notice.

Gonzalez fulfilled his dream of becoming a lawyer — even though he had to ignore the well-meaning advice of those around him.

“Then the people that tried to talk me out of it the most were lawyers themselves who said, ‘don’t do it, it’s not a good profession, it’s not worth it,’” he continued. “I can’t even remember one person that said, ‘go for it, congratulations.’”

Fellow lawyers also tried to talk Gonzalez out of what he was best at — personal injury law.

“Be careful when you have a dream because when you talk to people about your dream, you’re going to find that a lot of people want to destroy it,” he said. “So I tell people, don’t let anyone talk you out of your dreams if that’s what you want to do, and that’s your passion. Stay the course.”

Staying the course has enabled Gonzalez to help countless clients put their lives back together. He says one of his favorite parts about being a lawyer is enabling clients to be “whole again” after an accident.

“When I’m in a position to essentially give them the help they need medically so that they recover 100 percent from their injuries and I’m able to give them compensation for the pain and suffering that they’ve suffered, to me, that’s pretty special because you want to put your client back in the position they were in before these accidents occur,” Gonzalez said.

However, the nature of the profession means that there are some wrongs Gonzalez can’t put right.

“You can never bring a loved one back by any amount of money you win for a client,” he said. “But the only resource that we have as lawyers is our courtroom, our laws. Being able to champion their cause and being that person they trust is a critical thing that drives me every day.”

It goes back to Gonzalez’s early desire to help those he saw in need.

That passion sets Gonzalez apart from his competition, garnering awards and recognition from national organizations. Peer-reviewed organization Best Lawyers named Gonzalez the Lawyer of the Year for his practice and region four times since 2013, including this year. Gonzalez is also a lifetime charter member of the Best Attorneys of America organization — a group that less than 1 percent of lawyers in the country belong to. The firm also earned recognition from Three Best Rated for “Top 3 Personal Injury Lawyers” in McAllen.

Most recently, Gonzalez received membership in the Million Dollar Advocates Forum. Only lawyers who win million and multi-million dollar settlements are accepted — fewer than 5,000 U.S. lawyers belong in the group. 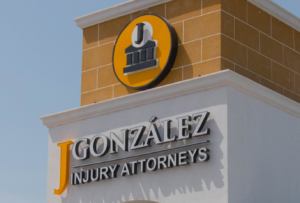 “We’ve gotten awards and recognitions for delivering outstanding customer service,” Gonzalez said. “Those are the things that I’m very proud of not because I won the awards, because there are people in organizations that are seeing the good work that we’re doing. That’s being reflected by the results that we get and the feedback that we’re getting from our clients.”

Client feedback is essential to the success of J. Gonzalez Law Firm. With the experience of representing thousands of cases, Gonzalez learns lessons from each client interaction. He applies those lessons to improving client experience at the firm, going above and beyond to ensure clients are taken care of.

“All of our clients have my personal cell number the instant they hire me,” Gonzalez said. “I let them know that I’m available 24/7. They have access to me directly.”

The direct line of communication ensures that clients don’t feel like they’re getting the runaround — and it’s just one commitment Gonzalez has made to provide the excellent service his firm is known for.

“It’s not enough that we are the highest-rated firm today,” he said. “If we can be a better firm next month, next week, and continue to improve, then the way that I see it is we’re just distancing ourselves more and more from our competition. I don’t want to just be a little better than my competition, I want to be a lot better. At some point, I want to get even better than that.”

Learn more about the J. Gonzalez Law Firm by visiting www.jgonzalezlawfirm.com or calling (956) 630-6700.