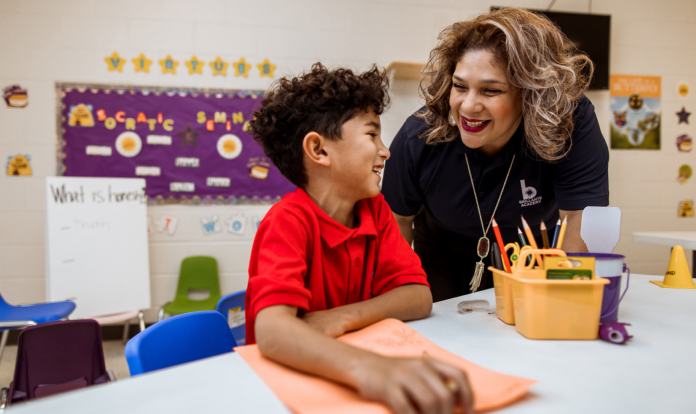 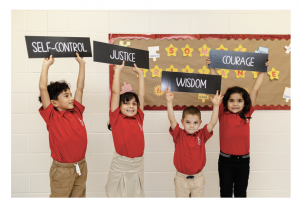 Located in Mission, Brillante Academy is modeled after the highly acclaimed Brilla Public Charter School in the Bronx, New York, and is led by founder and Superintendent Aaron Brenner and founding principal Cecilia Gallagher, who between them have nearly 50 years in education experience.

“Our vision for Brilliante Academy is to be both a dual-language and a classical-plus school,” Brenner said. “A school where we are focused on the great books, and we are also focused on literature and content that represent the voice of our local community.”

The focus of the academy is to ensure that students in the Valley are prepared for high school, college, and beyond. Some of the key design elements of balancing tradition, innovation, personalization, and character formation also include:

Brenner said he and Gallagher listened to what parents in the Valley wanted for their children and couldn’t find a school that met their needs. So they began laying the groundwork and ultimately obtaining the charter, which is poised to open its doors in August 2022.

“There are definitely schools that talk about being classical, and there are schools that are integrating technology,” Brenner said. “There are even schools that emphasize character, but I think what’s unique about us is that we are combining those pieces in a comprehensive yet seamless model. This isn’t only a unique school in the Valley. It’s a unique school across the state of Texas.”

It’s free to attend Brilliante Academy, which will begin by teaching children in pre-K, kindergarten, and first grade in 2022. The academy then plans to add a grade each year up to the eighth grade. As the student body will be smaller to start, some parents who are still hesitant about sending their children to school amid the pandemic may be comforted. 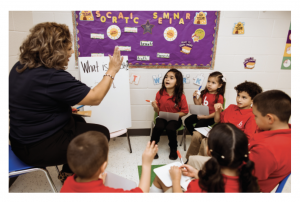 Gallagher, a native of the Rio Grande Valley and the first in her family to graduate from college, said too many school districts are phasing out Spanish out of a fear that English comprehension will suffer. However, she noted, gaining mastery of two languages enriches all subjects and allows native-Spanish speakers to maintain relationships with Spanish-speaking family members – and leverage their abilities in future careers.

The two-way dual-language approach, which means that all subjects will be taught in both English and Spanish rather than having a single Spanish class during the day, is what first caught Gallagher’s attention.

“Our school isn’t just for Hispanic students,” she said. Gallagher herself came from a successful charter school program in the Valley. “Brillante Academy is for any parent who wants to see their child receive an excellent and holistic education.”

And it’s a model parents love, as 98% of parents are satisfied or more with Brillante Academy’s sister school, Brilla Academy.

“When we say holistic, we mean that children will grow (in) mind, body and spirit,” Brenner said. In addition to mastering reading, writing, and speaking in English and Spanish by fifth grade, Brillante scholars will “be exposed to rich cultural content, be engaged in the classroom through the socratic method, and build their character through learning virtue — all in partnership with parents as their child’s first educators,” he said.

Brenner said he wants families in the Valley to understand that there are options to a traditional public education for their children. That includes the unique model offered at Brilliante Academy, which he referred to as “an option of excellence.”

There are no assessments for students to be admitted to Brilliante.

“We are accepting applications now, and are excited to give families a new, yet proven option for their children in the Valley,” Brenner said.

To learn more about the benefits of a Brilliante Academy education, visit BrillanteAcademy.org.