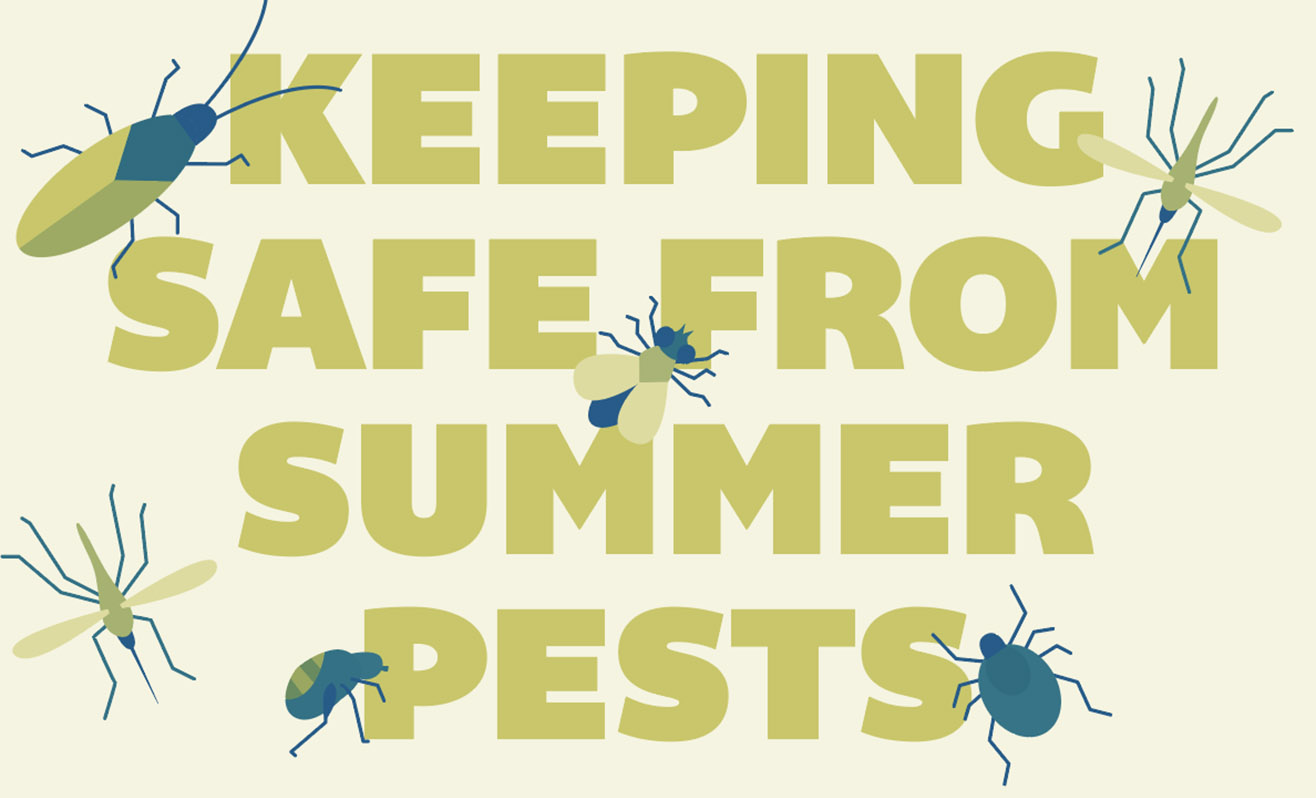 Summer is meant to be a time to cool off and work on your tan as kids take a break from school.

Unfortunately, playtime isn’t the only thing that thrives in the summer.

“There are several bugs in the Valley that spread many diseases and are a general nuisance year-round, but in the summer, you’ll come across these insects the most,” Schroder said

One of these tiny insects is considered one of the deadliest animals alive: mosquitoes.

According to the World Health Organization, mosquitoes are responsible for 1 million deaths per year due to their ability to spread diseases such as malaria and Zika.

Mosquito control in the Rio Grande Valley is vital as the hot weather is the perfect climate for their feeding and breeding, Schroeder said.

“If there’s standing water around your property, there’s a good chance mosquitoes have already used it to lay eggs,” Schroder said. “The key is to break the reproduction cycle — get rid of standing water and kill off the adults.”

Among the other types of biting bugs to watch out for are fleas, ticks, and chiggers — a type of mite that lives in tall grass and causes itchy welts that look more red and bumpier than a mosquito bite.

Fleas can carry and transmit several potential illnesses of importance to humans, including typhus and plague, and can transmit “cat scratch disease” (infection with Bartonella) among cats, which can then spread the disease to humans. Additionally, fleas serve as an intermediate host for tapeworms, which can infect pets and occasionally humans.

Other pests to worry about in the summer include German Cockroaches, a small species of cockroaches that leave their droppings wherever they go, which triggers asthmatic and respiratory issues.

After the spring mating season, the number of stinging insects will continue to grow throughout the summer. Hornets and yellow jackets are particularly problematic because they have to establish new nests every year. You’re most likely to find those nests tucked away under leaves or decking.

Not only are these stinging insects potentially dangerous for people with allergies, yellow jackets and bees can get into the walls of homes and wreak havoc. Rather than trying to handle the problem on your own, it’s best to get the help of experts if this occurs.

“To keep them out of the house, you want to have a 3-foot perimeter or spray from a licensed pest technician that uses pyrethrin or permethrin. Chemicals can be bought by the public that we also carry at McAllen Pest Control Inc.,” Schroder said. “It can also be sold at stores and people can buy them there — customers just need to look at any label to ensure the product they buy carries it.”

Pyrethrin is a highly effective insecticide that is derived from the chrysanthemum flower, which is used by the plant as a natural defense mechanism to protect against insects and other pest animals.

Pyrethrin affects an insect’s nervous system through a deadly toxic effect. Almost immediately upon contact with this compound, the insect dies from a form of paralysis.

“You want to create a 3-foot perimeter around the house and up the walls a little bit. And have the inside of the home sprayed around the baseboards with different chemicals made for inside the home if you’re having specific problems with insects on the inside,” Schroder said.

For those seeking to get their houses sprayed, rates vary depending on the size of houses. McAllen Pest Control Inc. charges $25 for a motorhome and up to $200 for a large house.

“On average people will spend $90 to $125 for spraying an average sized house, which includes the 3-foot perimeter around the house and inside the house,” Schroder said.

Schroder also recommends people spray their yard, which can contain fleas, ticks, and other pests people will want to avoid while outdoors.

“Or a good bug spray will do,” Schroder said, adding that cleanliness will go a long way in helping people avoid pests. “When we have trouble clearing up a home from pests, it’s usually because of something on the homeowner’s end. Cardboard boxes piled up that are on the floor with moisture in damp areas, waste backed up, food left out, those are the main things that cause issues that can lead to more pests at home.”

What bugs do you hate to see inside your home the most? #JoinTheConversation at facebook.com/rgvisionmagazine.