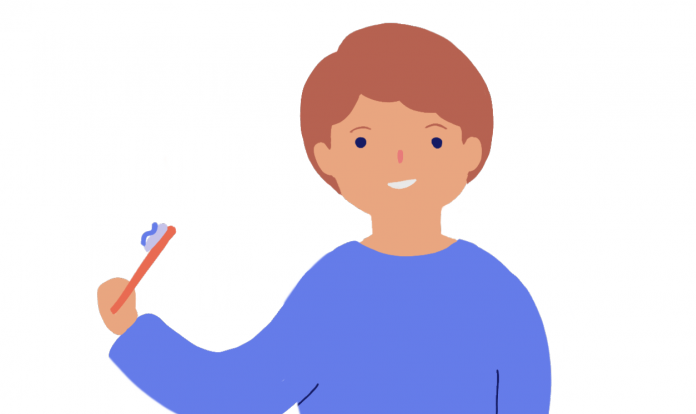 Establishing a proper dental hygiene routine at an early age helps ensure a lifetime of good oral — and overall — health. With some guidance and encouragement, kids can learn to make better food choices for the sake of their smile — and to enjoy practicing healthy habits.

In honor of National Children’s Dental Health Month, celebrated in February, RGVision caught up with Dr. Hisham S. Ayoub of Rodeo Dental & Orthodontics to discuss some of the most important practices in pediatric dental care. 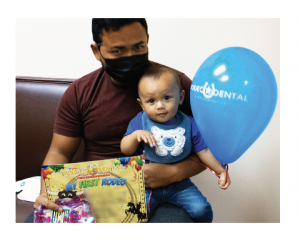 As Ayoub explains, children are in a constant state of development physiologically, emotionally, and mentally.

“What they eat and how they maintain their oral health at such a young age will invariably dictate their habits and health for the rest of their lives,” he said. “A child that neglects their oral health will eventually begin their journey in life with bad habits that will affect their health as adults.”

You don’t have to wait until your child’s first tooth comes in to schedule their first dental visit. That initial visit should be set for as early as when they are 6 months old, but no later than their first birthday. Beyond the initial visit, parents should take their children to the dental office twice a year.

And before their teeth come in, parents can wipe their child’s gums with a soft washcloth.

Brushing at least twice a day for two minutes — morning and nighttime — and flossing is known as the standard to maintain good oral health for both children and adults, but did you know how risky skipping this routine for a few days can be?

“It is very common to see patients who admit to brushing every morning diligently yet, at night, they brush sporadically depending on their mood or how sleepy they may be,” Ayoub said. “In fact, brushing at night before bedtime is as important as, if not more so, than brushing in the morning. By not brushing before bedtime, you are, in fact, keeping all food that was consumed during the day on your teeth, gums, and tongue. It is at night that we sometimes have dry mouth due to mouth breathing, especially in children, and this allows bacterial populations to spike, and hence, bad breath and oral infections.”

He advises parents to have their children brush right after dinner to avoid any issues and notes a toothbrush should be replaced every three months on average, or when the bristles become frayed, bent, or stained.

As the main cause of Early Childhood Caries — an infection in patients under 6 years old — sugar should be limited and consumed as a rare indulgence, not a habit.

A big culprit of sugar that parents may not expect, Ayoub said, is milk.

“This misconception that milk is the greatest thing for a growing child’s body should be corrected,” he said. “Milk is high in sugar, so it is great for a growing baby or infant. But once a child is over breastfeeding, it is imperative to cut milk consumption to as little as possible.”

While also high in vitamin D, he said parents can also ensure their child receives enough of this vitamin through sunlight exposure and providing them with a diet rich in vegetables.

Soda is another big culprit. Beyond its high sugar content, it wreaks havoc on tooth enamel. Ayoub advises parents to begin watering down their children’s sodas and juices to get them to let go of the habit.

Parents’ orders can only go so far. In fact, mentoring their child by demonstrating how they maintain their own oral health, Ayoub said, is the best thing a parent can do.

“Children are sponges, and with any good habit or activity, they will want to absorb everything that their parents are doing or saying,” he said. “Stand side by side in front of the mirror, and together, dance and hum a song as you brush. You will be surprised how excited your children will be to brush their teeth every day.”