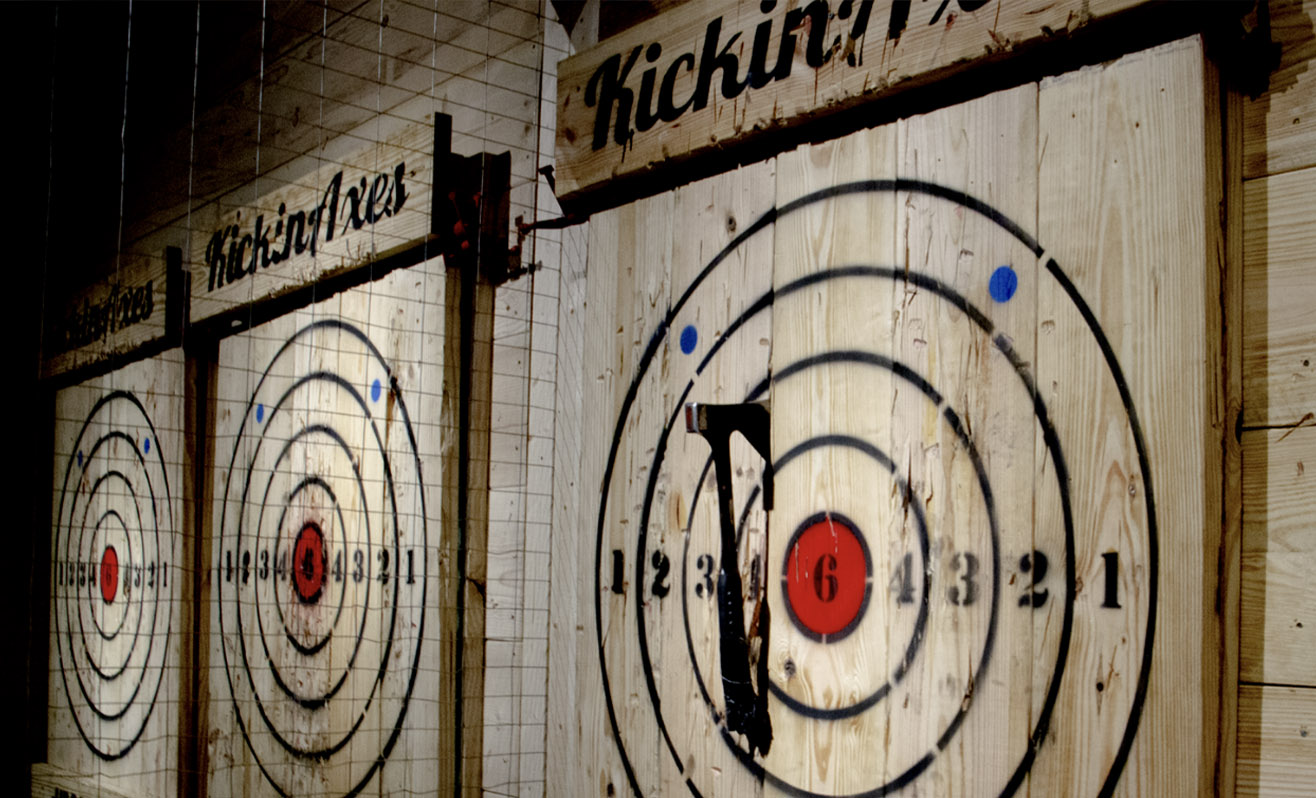 For those out there who still think there isn’t a lot to do in the Rio Grande Valley, or can’t find variety in a night out, Mark Koite has an ax to grind with you. And plenty of axes for your party to toss around.

For the competitive ones out there, here’s a new way to challenge your friends over some beer.

As a former U.S. serviceman who joined the firefighter ranks, Koite and company are well-versed around axes. On a trip out of town, he ended up at an ax-throwing establishment, which is gaining popularity around the United States.

“I had frequented a couple. I went to a birthday party out of town and just fell in love with it. Ax throwing is a great, great concept,” Koite said. “We had already been thinking of a business and this resonated with me, being a vet and firefighter. I felt at home, so I came back, found my partners that were crazy enough to do this with me, and here we are.”

For those who haven’t seen the sport, it looks similar to throwing darts — except replace a tiny dart with a hatchet. You’re still aiming at a board, but it’s a little more difficult to stick your throws, hence the strong feeling when you hit your mark.

If it sounds like this could be a competitive activity with local, regional, even national competition? You’re absolutely right. And Koite and company have full intentions of league play and supporting talented RGV throwers.

“Leagues are coming soon — that was the next phase before all of this happened,” Koite said. “Of course, at first it was exhibition — getting ourselves out there, generating the buzz. And then, of course, leagues, because that’s kind of out how this stuff started. Just like pool or bowling, they had league nights.”

Just like the NBA, MLB, or NHL, there is organization and structure to the sport to streamline activity across North America.

“We use them for guidelines: from target designs, to how far we should throw the ax, to what type of axes and things like that,” Koite said. ”They gave us structure, so of course when our leagues come out, we’re going to use their guidelines.”

Located in McAllen at 1017 Shasta Ave., Kickin’ Axes opened their doors to the public in December with soft openings and saw success up until the unceremonious forced closure due to COVID-19.

The trio of vets are also active McAllen firefighters whose training with axes makes them perfect for ushering in a new sport to the area.

“I suggest trying it out for yourself rather than taking someone else’s opinion or experience,” he added. “We’ve had people that have never, ever thrown and people that have thrown and all of them have said the same thing: ‘Whenever you stick that ax the first time, it’s truly a feeling of accomplishment.’ You start chasing that feeling after that. And that’s what we wanted to bring here to the Valley.”

The recreation and competition venue is another example of local veterans opening a homegrown business. Koite says it’s no coincidence vets are building small businesses that last in the Valley.

“Selfless service. That’s one of the things that I got from the military,” Koite said “When I came out I wanted to continue with the fire department or law enforcement — all that. We’re all here protecting the community and serving the community.”

From the armed forces to firefighting to opening a business that entertains the community and pays homage to service, Koite is sticking to his values and watching it pay off.

“We’re proud of our service and we want to put something out there that we’re proud of,” Koite said. “We also wanted to be proud of providing a service to all the patrons that come in.”