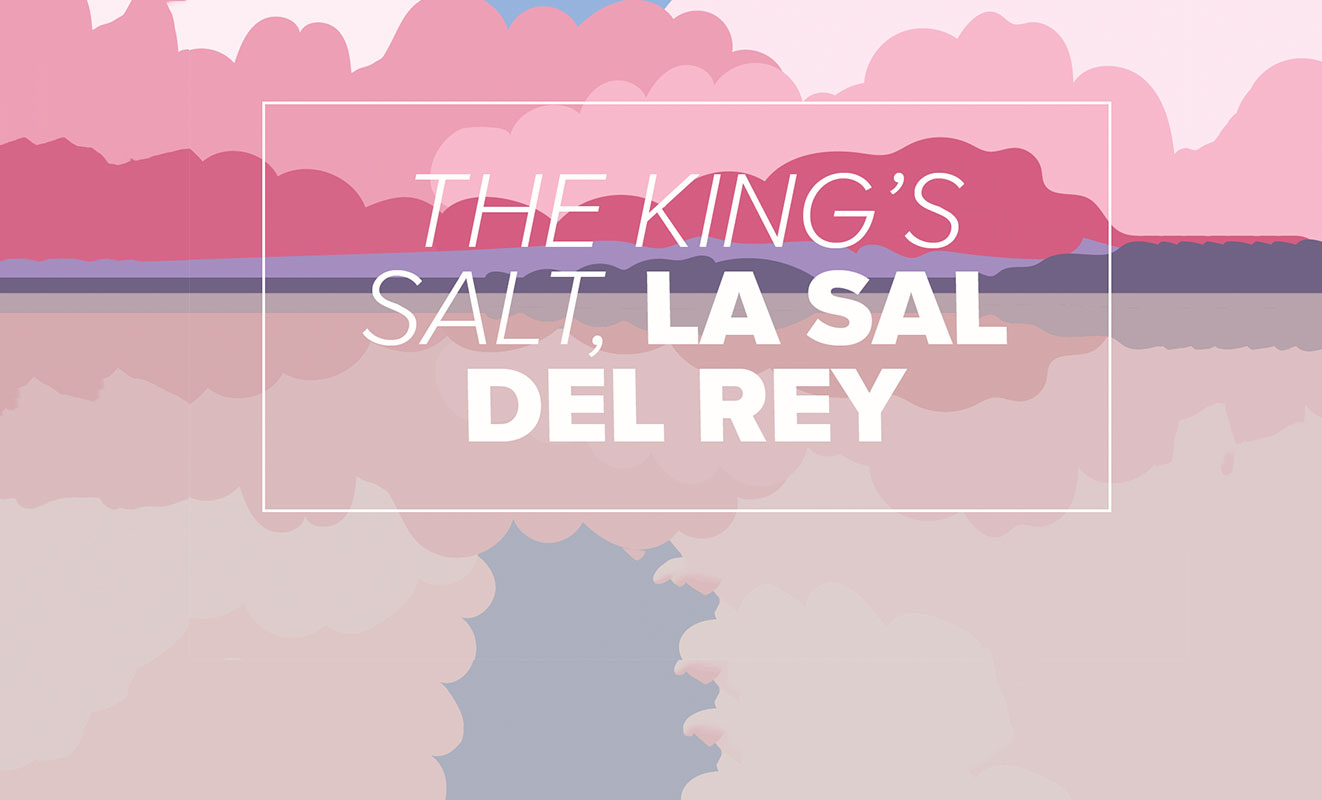 There are few sounds more satisfying than the crunch of frost under your feet, so what do you do if you live in a warm weather climate with little chance to experience frost? Walk on the shores of a salt lake. If you’re looking for a day trip that is just a bit off the beaten path, look no further than the aptly named La Sal Del Rey. Located between Raymondville and Edinburg, this 530-acre salt lake is protected by the U.S. Fish and Wildlife Service, and is part of the Lower Rio Grande National Wildlife Refuge. Included in this area is more than 5,000 acres of surrounding Tamaulipan thorn scrub and grasslands.

As you approach the lake, you would be forgiven for thinking you were looking at a frozen landscape as the sun’s rays dance across the blanket of solid salt, which covers most of the ground surrounding the lake. The lake itself averages a depth of approximately 4 feet and conservative estimates say that the lake holds at least 4 million tons of salt. On most days, the buoyant water mirrors the magnificent South Texas sky, but sometimes the lake will turn pink because of a large growth of algae. No one knows for sure how the lake was formed, although one theory is that it is part of an extinct inland sea that has since dried up — except for this section.

Salt has long been the mineral of kings, and highly sought after by people from all walks of life. Native American stones have been found in and around the lake, and as far back as 1792 the Spaniards marked the lake on their maps when they claimed the salt deposit for the Spanish king. Tracks left by heavily laden wagons headed for Mexico City can still be seen around the lake. During the Civil War, camels were used to carry the salt to Confederate troops. This salt lake has seen many at its shores, collecting the precious mineral for trade, to sell, to use as a preservative, and for tanning hides.

The trails leading the lake will take you through some breathtaking, albeit rugged terrain. Don’t be surprised to cross paths with deer, and even the odd herd of feral pigs. White-tailed deer can possibly be seen darting away from you as you take the 1-mile trek from the trailhead to the lake; or possibly Nilgai, a species of antelope that was imported to the Valley from India before the 1920s as zoo animals, and then released in South Texas in the 1930s, where they have continued to breed and populate the region.

Although the salt lake is the main feature of this section of the refuge, there is an interesting anomaly found here, too: a small area of freshwater that bubbles up from the ground and serves as a homestead for fish, frogs (the leopard frog in particular can be heard as you trek towards the lake), and snakes, including rattlesnakes and Texas indigo snakes.

La Sal Del Rey is open to those who want to explore the land on their own on foot or on bicycle, but there are some precautions to take. The refuge encourages visitors to go with a friend or in groups, to take along water, and to apply sunscreen regularly. In summer, the daytime temperatures can easily soar to 100 degrees or more; winter daytime temperatures tend to be more comfortable, staying in the 70s. It is best to go either in the early morning or at dusk, which is when wildlife tends to be more active (if that is what you’re going for).