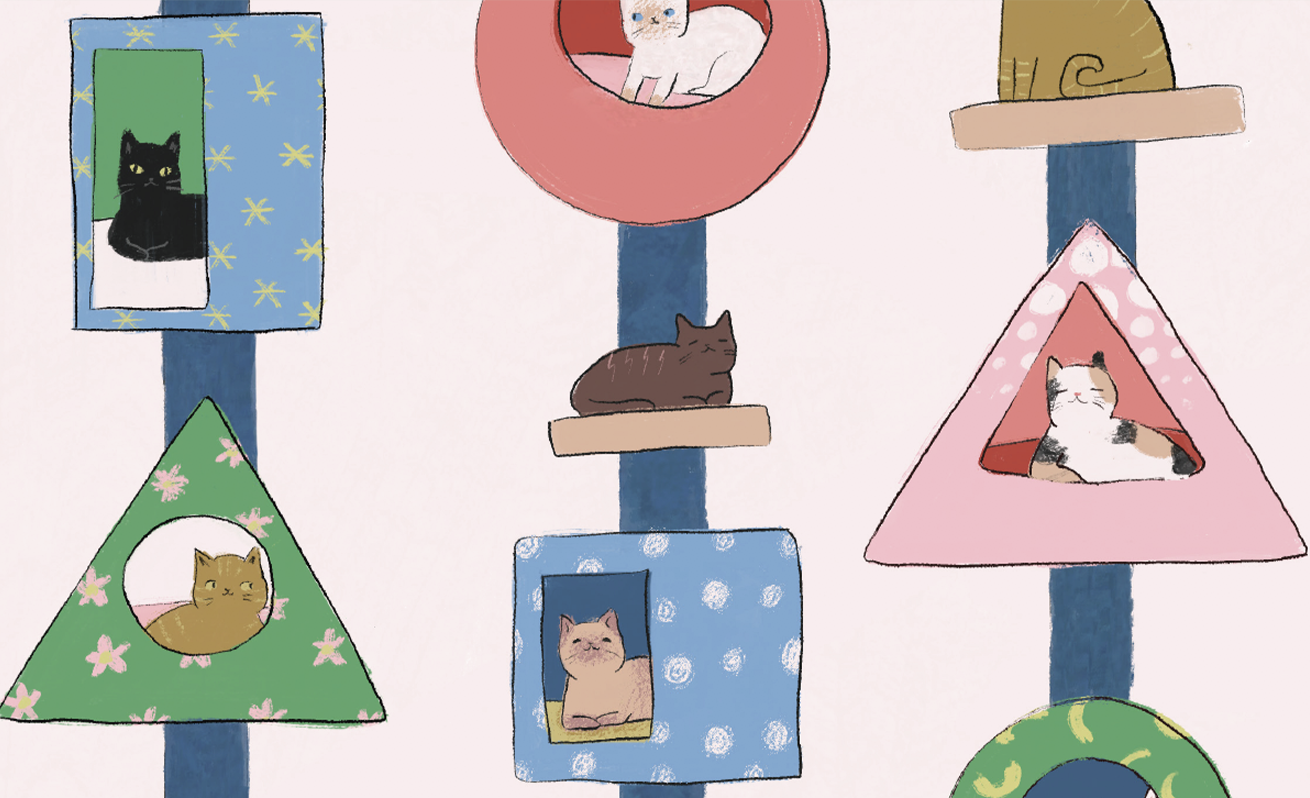 A brief conversation with Audrey Wulf will more than likely lead to at least one conclusion: She is by far not your typical tween.

The 12-year-old has a lesson or two in responsibility and passion for most of us.

Audrey has made it her passion project to foster, rehome, and relocate cats. She takes in mostly kittens found on the streets, or being sold at flea markets or online throughout the Rio Grande Valley, where the overpopulation of cats is undeniably worrisome.

“Once I learned that over half of the cats are euthanized, that’s when I had to figure out what I wanted to do with the cats, and I began with three,” she said about cats in shelters.

Her Instagram is dedicated to one of those first initial foster kittens — Murphy, who died weeks after being taken in. Audrey was completely heartbroken, she said. But rather than giving up, it inspired her to jumpstart Murphy’s Safe Haven, which at this point has helped rehome hundreds of cats.

Social media was the first and only tool the young philanthropist used to kickstart her efforts, and she now has close to 11,000 followers. It also helped her connect with other rescuers in the Valley and across the state who help her transport the cats to other areas with less overpopulation.

“’I’ve mainly based myself off of Instagram and I use it as a platform to educate and inspire others,” Audrey said.

These days, Audrey is on a very tight schedule. It consists of waking up extra early to give medication to any of the 20 to 30 cats she usually takes in at her home. She then replaces any bandages or casts on injured cats, cleans up their kennels, feeds them, and then she is off to getting ready for school.

After school, the arduous work continues, but this time she takes extra time to sanitize the kennels to avoid additional illnesses. They also take care of visits to the vet and tracking the kittens’ growth and health before being rehomed or transported.

And on any school breaks, she takes in what they call “bottle babies,” which are kittens too young to eat on their own, so they must be bottle fed and cared for around the clock.

“It is time consuming, but the work does pay off as you see the kittens enter their new journey in their lives and how they got saved,” Audrey said.

Her mother, Liz Wulf, said she was at first worried that a few cats turned into four, five, and even more. But she said along the process, she saw her daughter handle the situation with maturity and responsibility, so that encouraged her and her husband, Tyler Wulf, to support her project.

“I’ve definitely learned a lot about my daughter,” Liz Wulf said. “It comes with a big responsibility like cleaning up, and some of them do need medicine, so she has their schedule for daily intakes of medicine. As a 12-year-old, I was never this composed.”

Her father was the one to instill a sense of learning in Audrey by asking her to research any animal she was interested in having as a pet, they said. As if writing an essay on the animal, Audrey would learn all she could about it. This led to her learning about the massive overpopulation of cats in the region and about the importance of spaying and neutering pets.

Her fostering began out of her room, fitting them wherever she could find space to place a kennel, she said.

“I did have to move a lot of things out of my room to make space at first,” Audrey said. “Any little small area I could find in my room, you would see kennels there.”

But as she ran out of nooks and crannies inside the house, she decided to raise funds to build a shed in her patio to house more cats, keep them safe, and regain her room. She raised about $1,500, which paid for about half the cost of the shed. And it went up, allowing her to house up to 30 cats at once. 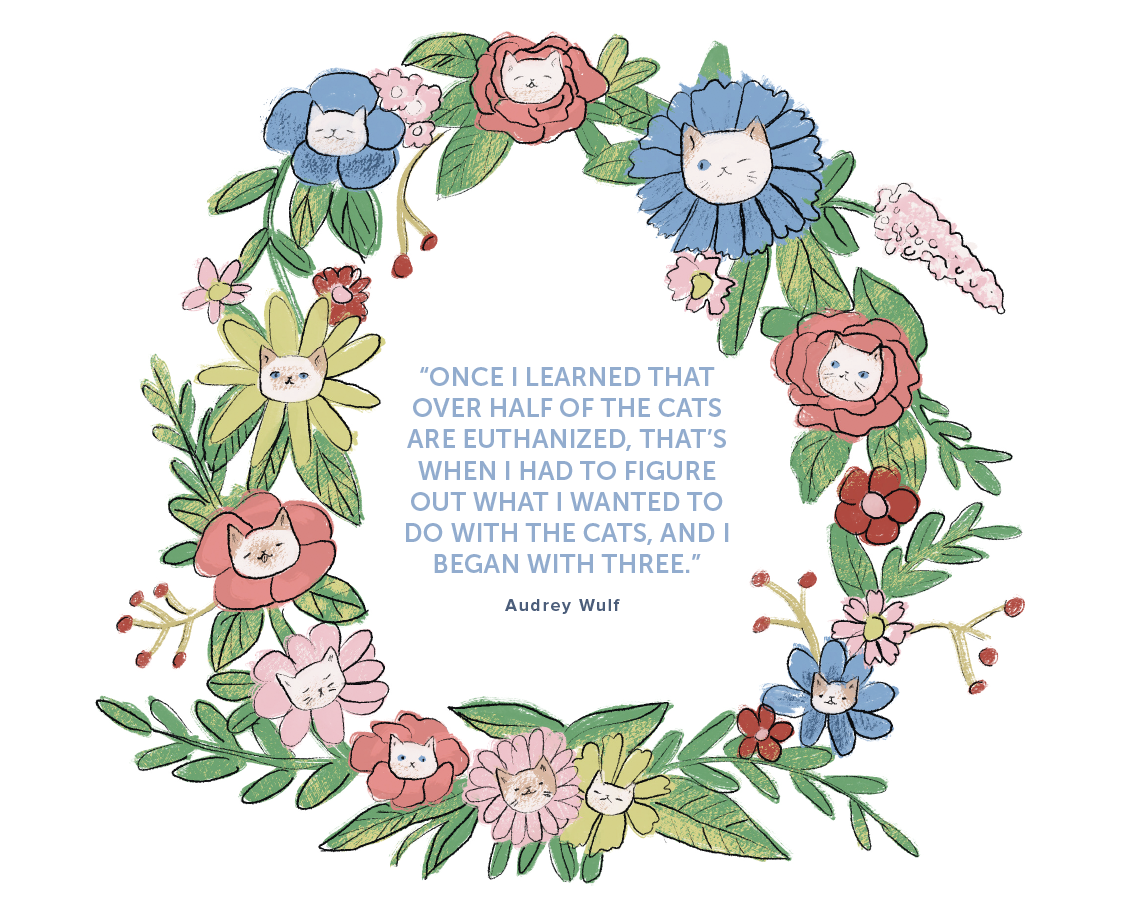 “Now that she has her little kitten nursery, it’s so much better because she’s able to control everything inside there and not have to do it out of her bedroom,” Liz Wulf said.

Now that she has a dedicated space, Audrey said the experience has been a lot better, which encourages her to do this long term.

This also helps her keep some division between fostering and being a child, as she said she can now have friends over without having cats all over the place.

Audrey said she tries to keep her school social life separate from her rescue work as much as she can.

“At school I try not to talk about the cats, only for the fact that middle school kids can be a lot different,” she said. “But a lot of the kids do end up finding out about the cats and stuff.”

She doesn’t get too much free time to socialize now, but she said it is definitely worth it.

“I don’t really do much other than rescue cats,” Audrey said. “And honestly, I prefer cats over people, so it’s fine, I don’t really mind.”

She does see a future as a veterinarian, she said, and hopes some of this experience will help her along the way. But for now, the plan is to keep fostering and keep spreading the word of the importance and impact of spaying and neutering pets, and adopting, not buying.

For those interested in fostering, Audrey said one of the main lessons she learned is that you can use any space you have. Big or small, it will make the same impact on that animal’s life.

“This did help me understand that in order to foster you don’t need a huge space,” Audrey said. “You can foster out of a little tiny shed, or you can foster in a huge mansion. It doesn’t make a difference.