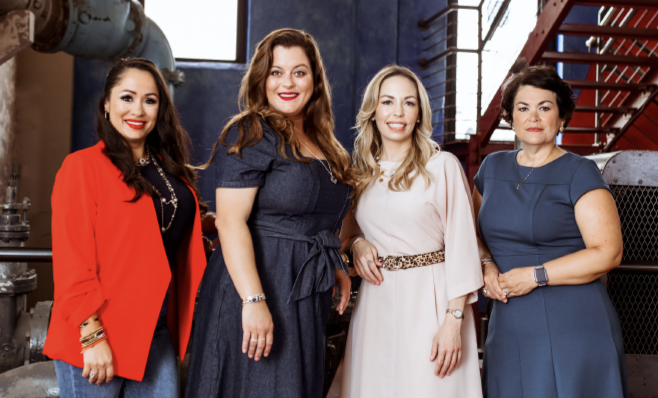 RGVision celebrates Latina women of our community with a new, recurring series of the magazine titled ”La Jefa” that tells the compelling journey of female leaders in the Valley and how they came to be the women they are today.

There is power and strength in the Latina community of our neighborhoods, women who fought, sweat, cried, but ultimately didn’t stop chasing their dream until it became a reality.

The term “La Jefa” perfectly encompasses the traditional use of the word, which translated means “The Lady Boss.”  And to properly introduce the series, RGVision Magazine had the pleasure of sitting with some of the Valley’s most notable women leaders in an exclusive roundtable discussion. This discussion aims to inspire, grant courage, and ignite passion for the Valley’s current and future executives.

However, as Helen Keller said, “Character cannot be developed in ease and quiet. Only through experience of trial and suffering can the soul be strengthened, ambition inspired and success achieved.”

When asked what challenges these women had to overcome, they were open.

When I began 20 years ago, it was a 95% male-dominated industry. I was a manager at Carrabba’s Italian Grill and got put on a 30-day notice for how I approached my team. I am direct, to the point and I lead with quickness because in our industry it’s fast paced and guests need what they need. There’s no exception and when we make mistakes, we fix it. But I got put on a 30-day notice, in spite of being one of the strongest managers in the region. I was crushed. I was heartbroken, thinking, “I am going to lose my job that I’ve worked so hard for.”

My ultimate goal at the time was being a partner or president of Carraba’s one day. I thought, “So am I doing something wrong? Is it my kind intensity? Is it too much?” And I learned that it really wasn’t too much. I learned that maybe my direction as a leader was spot on and probably wouldn’t be the same direction he had given my male counterpart at the time. 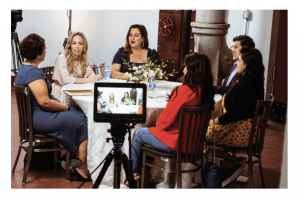 But listening and going forward, I asked myself,  “how do I make a change?” Because I want to be a female leader in this organization and put my pride aside. Granted, I was very young at that time and had so much to learn and grow. But thinking on how you get to the next step. … Sometimes it’s just using less words, listening, and then showing the result of what’s needed. And it may not be what we agree with all the time. We have to face the obstacle sometimes hanging by our fingernails. You gotta just keep going with all your grit, all your mind and get to the next step if you really want it. And if you want that leadership position or executive position, just hang in there and keep fighting for it because it’s achievable. And whatever you do to have the right mindset, turn it on and figure it out, keep the fire burning and just make it happen.

I’ve been in and around this industry since 1999, and I don’t think in the earliest years of my career I really appreciated how challenging it could be to be a female in this business. I have got such an assertive, go-getter attitude that I often miss some of the naysayers because I’m just so focused on where I’m going and what I’m doing.

The further along, the more obvious it became. The more I began dealing with male counterparts I realized that whether I was right, wrong, or indifferent, I was going to have to prove myself to them.

One of the challenges too, are the insecurities you place upon yourself when you have that awakening moment — that moment when you burst out of that bubble and realize there are some questions about your competency based on your gender.

And sometimes you can get in your own way and you can let those things get into your own head. But luckily I was surrounded by enough good people who had the right intention and mindset for me. And I just became committed to the idea that if these people believe I can do it, I believe I can do it, too. I know I was meant for this, I’m here for a purpose and it is a much bigger purpose than just selling cars. And I believe that I’m here to impact change. And whether you believe it or not, we’re going to carry forward. And the more you continue pressing forward, for me, was really how I feel I overcame that gender gap. 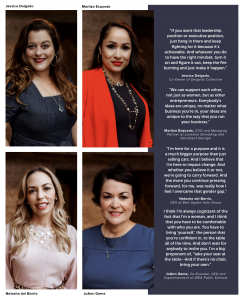 I’ll just share a really funny story. So for two years I had an executive assistant that was a 25-year-old, blond-haired, white male. And when I traveled to schools or big meetings or conferences or regional board meetings, my assistant came with me. And there were so many times everyone would greet him first and shake his hand and ask him what he needed and what he wanted. And all the eye contact would be to him. All the questions would be directed to him and I’d be like, “I don’t think this is gonna work.”

Inherently, folks would make eye contact with him, would go to him, ask him the questions and would completely ignore me. It was very interesting and it lasted two years. I was like, “this isn’t gonna work. Not against you, but this is just way too … yeah.” Clearly [people thought] I was his assistant touring his schools and putting him in front of funders and regional board members.

I think I’m always cognizant of the fact that I’m a woman, and I think that you have to be comfortable with who you are. You have to bring ‘yourself,’ the person that you’re confident in, to the table all of the time. And don’t wait for anybody to invite you. I’m a big proponent of, “take your seat at the table–And if there’s no chair, bring your own.”

When I first started the business, I went door to door trying to jump on my business.  I was 23 and I wasn’t married.  I remember going to a certain man’s office and asking for his business. And he was very forward with me and asked for some things that I wasn’t really willing to give him. And I knew it was because I was young, and a woman and he was very forward and said, “Well, if you’re ever going to do anything in this area, you’re going to have to behave a little differently.” And I walked out of there and I cried.

I went and I spoke to somebody who I trusted, an older relative of mine. And I was like, “Hey, you know, this happened to me today.” And he was like, “Well, what did you wear? What’d you say?” as if I had invited it, you know?

I always think about that. And I think about young women in business. And I think about how I hope the newer generation with the newer movements in gender equality, have shifted and changed for the better.  That somebody who’s young and wants to go out and just be successful, don’t have men behaving that way anymore. 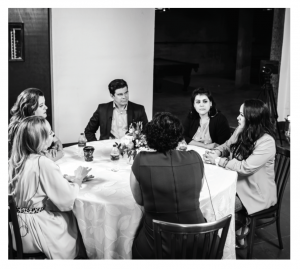 It was a big moment where I knew, and I know now, it was because I was a woman, and a young woman, a single woman. It was very impressionable for me, for sure.

But surprisingly, past the hardships and tribulations, these women’s humble definitions of success were both comforting and profound. Because at the end of the day, women are fierce-hearted, empowering, sensitive, strong, perseverent, and extraordinary human beings just trying to bravely press on and make the world a better place while creating opportunities for the next generation of leaders.

This recurring series will highlight one “Jefa” in future magazine issues showcasing her trials and triumphs to the fiery star she’s become today. We love our entrepreneurs, CEOs, superintendents, and every woman in between who makes a difference every day in someone’s life.

Please follow and share “La Jefa” as RGVision continues to showcase our community’s female leaders telling their own stories in their own words.