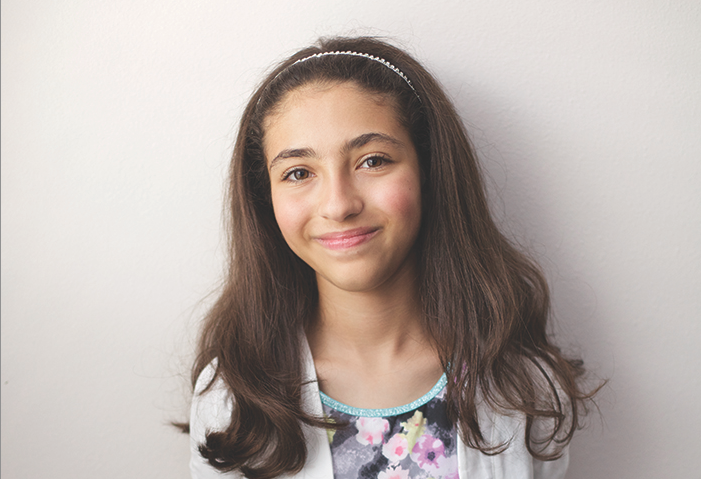 Six-year-old Zeina Qubbaj had been rapidly losing weight for weeks. She complained of extreme thirst and painful stomach cramps. Her parents were at a loss – what were these strange symptoms? They took their daughter to the hospital where she was promptly diagnosed with type one diabetes. Dr. and Mrs. Qubbaj still marvel at how much a single sentence – Your daughter has juvenile diabetes, and it will be with her for life – changed their lives.

Type one diabetes, also known as juvenile diabetes, is an autoimmune disorder in which the body does not produce its own insulin. Insulin, normally shunted into the bloodstream by the pancreas, converts sugars and starches from our food into energy. The diabetic pancreas doesn’t produce insulin, leading to high blood sugar levels and major health consequences. That’s why diabetic patients rely on synthetic insulin, which is both a miracle of modern science (it saves lives) and a hassle (it has to be injected with each meal in the correct amount and within the proper timeframe).

All of this was news to Zeina (pronounced ZAY-nah) and her family. Like many parents with a newly-diagnosed child, they felt overwhelmed, isolated, and unprepared. Luckily, one of Dr. Qubbaj’s colleagues at UTPA referred the family to the South Texas Juvenile Diabetes Association (STJDA). The STJDA is a support network for children with diabetes and their families. The organization was originally founded to support children with juvenile diabetes, but has since expanded to include type two diabetes as well. The STJDA provides free wraparound services for diabetes management, from support groups to medical supplies to education and more. Debra Franco, STJDA’s president and co-founder, reached out to the Qubbajs personally. The mother of a type one diabetic child herself, Franco knew just what they were going through and how to help.

Since its founding in 2011, the STJDA has worked to make the Rio Grande Valley a place where children with diabetes can thrive. One notable accomplishment is their successful effort to bring four pediatric endocrinologists – doctors who specialize in childhood diabetes – to local hospitals. Previously, families would have to travel as far as Corpus Christi to get help. Now, several medical centers throughout the Valley are equipped to treat children like Zeina.

STJDA’s education outreach has also made the RGV more diabetes-friendly. For instance, they train school nurses and teachers on basic safety protocols, like recognizing abnormal blood sugar levels and what to do in a diabetic emergency. This is a huge relief for parents; they can rest assured that their children are in good hands should they experience a diabetic emergency at school. STDJA also aims to reduce the incidence of type two diabetes – a version of the disorder that usually appears later in life and is often linked to diet and lifestyle. By educating at-risk populations on preventative measures – how to stop smoking, eat better, and maintain a workout routine – they help curb the rate of type two diabetes.

For the Qubbajs, the STJDA’s focus on advocacy has been the greatest comfort.  As much as they want to, Dr. and Mrs. Qubbaj know they can’t watch over their daughter 24/7, just as Debra Franco knew she couldn’t always be there for her son. The solution, Franco realized, was to teach the children to be their own keepers. Through the STJDA, children with diabetes learn to independently manage their insulin and blood sugar levels. They also learn how to talk about diabetes – especially how to ask for help if they need it. Now, when Zeina wants to sleep at a friend’s house or go to a summer camp, the Qubbajs aren’t so worried about her. Self-advocacy skills give children with diabetes – and their families – a sense of safety.

These days, the sickly six-year-old version of Zeina is long gone. A rising seventh grader, Zeina  gets good grades, plays sports, and hangs out with her friends like any typical pre-teen. She is also an excellent public speaker, even winning a school-wide award for her communication skills, which she puts to good use raising awareness for juvenile diabetes. Last year, she shared her story with a Texas congressman. This summer, she’s been chosen from hundreds of applicants to testify before Congress about life with type one diabetes. Zeina knows she’s been lucky with her early diagnosis, supportive family, and caring community. She believes everyone should be so lucky, at least before a cure is found. Until then, Zeina plans to keep using her voice to bring juvenile diabetes to the nation’s attention.