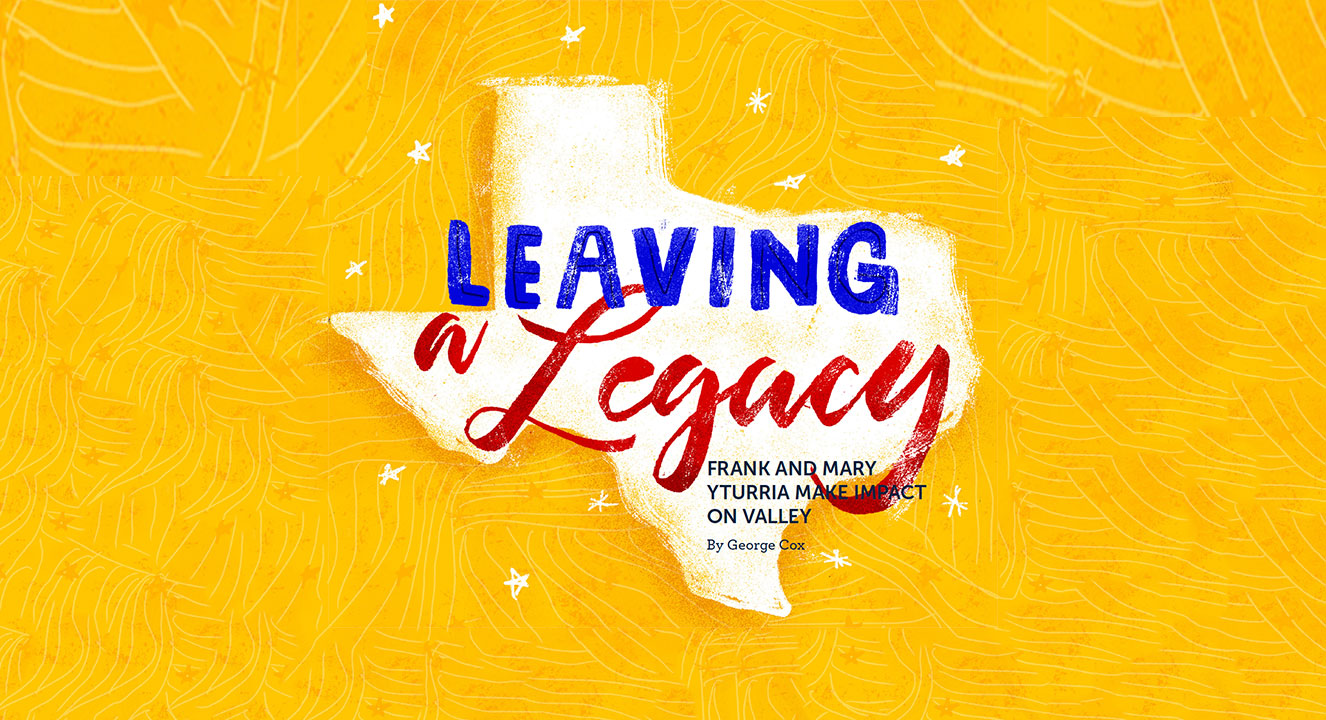 As Frank Yturria tells the story, the Tom Mix Wild West Show came to Brownsville during the Great Depression and went broke. The show closed and all the performers were laid off.

When he lost his job, Rex Rossi, a trick rider/roper with the show, started hitchhiking his way north from Brownsville. Frank’s father, Fausto Yturria, was driving to his ranch north of Raymondville and offered the cowboy a ride.

After listening to Rossi’s story, Fausto offered him a job on the ranch — with one condition: That Rossi teach his 15-year-old son to trick ride and rope.

Frank was a good student and ended up joining Rossi on a three-month tour performing at the Houston Livestock Show and Rodeo and other venues. He continued to perform on and off for a few years at South Texas rodeos and festivals like Charro Days in Brownsville.

Frank grew up learning to be a rancher on the storied Yturria Ranch, founded by his great-grandfather, Mexican-born Francisco Yturria. Don Francisco was an early entrepreneur in the Rio Grande Valley, working in the 1800s with the likes of Brownsville founder Charles Stillman and riverboat operators Mifflin Kenedy and Richard King, two men who also developed extensive ranch holdings.

Fast forward to the 1940s. Frank Yturria enrolled as a cadet at Texas A&M University in 1941. His studies were put on hold when the Cadet Corps was put on active duty in 1942 during the early days of World War II. He was able to resume his college career after the war and graduate with a degree in veterinary medicine in 1947, the same year he married native Alabaman Mary Altman.

Mary was based in Brownsville as a flight attendant for Panm Am Airways when they met.

“I got my degree one week and we were married the next,” Frank said. 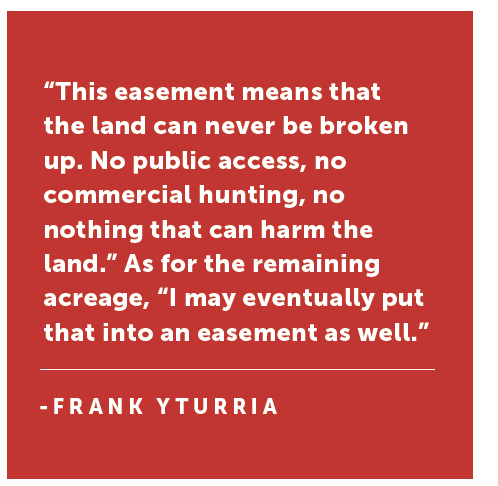 Frank and Mary Yturria recently celebrated their 70th wedding anniversary, on the same day that Mary turned 92 years old. Frank is coming up on his 94th birthday.

The couple has been a force to be reckoned with over decades. Frank earned success as a rancher, banker and oil man. And his staunch support for conservative politics has brought recognition from three presidents.

He was appointed collector of customs for the 23rd Collections District of Texas by President Dwight Eisenhower. President Ronald Reagan named him to the South Pacific Commission and President George W. Bush installed him as chairman of the board of directors of the Inter-American Foundation.

Both Mary and Frank have earned accolades as philanthropists devoted to improving life in South Texas.

Mary has always set her sights on helping improve local quality of life through dedication to numerous causes. She recalls being disturbed by the poverty she saw when she first moved to Brownsville, something that inspired many of her volunteer efforts.

One of her earliest philanthropic ventures led to the founding of the Villa Bethany Home for Girls. Mary, along with a group of other volunteers that included Filemon Vela, a young lawyer who would later become a U.S. district judge, founded the program from scratch.

“We rented this old, busted-up house and fixed it up,” Mary said. “The first two girls we had, their father had left these two little girls on a park bench one night and just abandoned them.”

Mary has volunteered her time for many causes over the years, mostly in the areas of education, health, environment, and local history, interests largely shared by Frank.

“I have to do the things I am interested in,” she said. “And when I give my word to somebody, that’s it.”

Along the way the couple has been honored with the naming of the Mary and Frank Yturria Middle School in Brownsville.

Frank’s career revolves around the Yturria Ranch that sprawls across land in Kenedy and Willacy counties, but his resume includes ventures in both business and politics.

He entered the world of banking when he chartered the National Bank of Commerce in Brownsville and served as chairman of the board and the largest shareholder. After that bank was sold he later chartered Texas Bank and Trust, again acting as chairman and majority shareholder.

Oil and gas development has also played a role in Frank’s business ventures, but today one of his driving concerns involves the stewardship of South Texas ranch land, something he fears is in jeopardy.

“The big ranches are disappearing,” he said. “My interest is to protect the ranches we have now from being destroyed.”

As old-time ranching families diversify, some of the larger ranches are being split up and diminishing in size, he said. Even the Yturria Ranch has seen divisions. Frank said under the leadership of his great-grandfather the ranch at one time covered some 130,000 acres. Some of that was split up between Frank and his brother.

“There will never be big Texas ranches again,” he said. “Land is too expensive, for one thing.”

In the early days of South Texas ranching, land could be purchased for 6 to 10 cents an acre.

“A thousand dollars would buy you a big ranch,” Frank said. “But private land is disappearing fast.”

Frank’s dedication to his ranch is rooted in family history and his love for the land and its flora and fauna, and he has taken action to preserve it.

“I’ve got ocelots. I’ve got great wildlife,” he said. In South Texas it is estimated that only about 80 or so ocelots still roam wild, and the majority of those make their homes on private land.

Some years back Frank dedicated 10,000 acres of his ranch as a wildlife conservation easement in cooperation with the Nature Conservancy and the U.S. Fish and Wildlife Department. His actions to preserve native wildlife on his land have earned him land steward awards from organizations and agencies working to protect natural habitat.

“This easement means that the land can never be broken up,” he said. “No public access, no commercial hunting, no nothing that can harm the land.” As for the remaining acreage, “I may eventually put that into an easement as well.”

Frank has grown disturbed over a trend of commercial hunting that he believes is hurting the land. The introduction of nilgai, a prolific Asian antelope, as exotic game for commercial hunting has been to the detriment of native wildlife.

He remembers dining at Club 21 in New York City and seeing nilgai steaks on the menu, the product of Texas ranches.

“So many of the other ranches are all shot out,” he said about the growth in commercial hunting. “I don’t invite hunters out.”

The only exception to that rule is to control the ever-growing numbers of nilgai.

“We kill between 100 and 150 nilgai each year just to control the population,” he said. “But these aren’t fancy commercial hunts. Hunters come out for a day, under the supervision of a professional hunter, and can kill one nilgai. The population has to be controlled. They are competing against the native wildlife.”

Frank and Mary’s devotion to Brownsville and giving back to the community doesn’t come without frustration, which goes back to what they both believe is holding South Texas back:  poverty.

Frank is not shy about his views as to what he sees as the root cause.

“The constant influx of poor Mexicans, coming here illegally, that’s kept us poor,” he said. “How can you continually let that happen and not have the Valley be one of the poorest places in the United States?”

After nearly a century behind them, they may move a little slower, but neither one has plans to stop their life’s work. Mary remains loyal to her causes and Frank is writing a book about his life as he stays involved with the ranch.