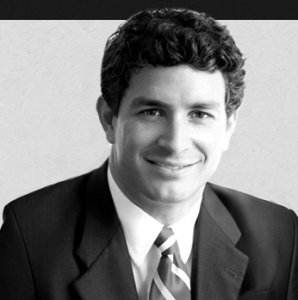 Many contracts involving a commercial transaction will include a “No Oral Modification” (NOM) clause.   A clause of this nature will typically read as follows: “this contract may not be modified except by express written consent of the parties.”  Theoretically, this means that the parties will not be able to change the terms of the agreement over a cup a coffee or while having a drink after work.  In practice, however, Texas courts will generally not enforce a NOM clause and will allow the parties to freely modify the terms of agreements by oral agreement or any other manner.

If the parties to a contract agree that modifications will only be in writing, why then will courts refuse to honor the agreement when contractual terms are modified orally?  To understand this, we must look at Contract Law 101.  In order to form a contract, there must be a meeting of the minds.  This typically occurs from an offer by one party and acceptance by the other.  For example, “I offer to sell you 100 watermelons at $2.00 a piece.”  If the party to whom the offer is made agrees, a contract has now been formed.  It is this legal principal involving the binding nature of an oral agreement that allows written agreements to be modified by spoken word.  Texas courts reason that since a contract can be created verbally, there should be no prohibition to allowing a written contract to be modified by oral agreement.  In 1887, the Texas Supreme Court ruled that “a written bargain is of no higher legal degree” than an oral agreement and, therefore, “[e]ither may vary or discharge the other.”  This has been the law in Texas for over 125 years.

You might be asking yourself “how can anyone modify the terms of a written contract?  A contract is a binding agreement.”  You are correct.  A signed written agreement is binding upon the parties.  Each must perform in accordance with the terms and provisions contained within the contract.  But think about the following scenario: the example of the oral contract for the sale of watermelons has now been reduced to writing.  Within the agreement is a NOM clause.  The buyer and seller meet one morning over coffee.  The buyer laments how the price of watermelons has dropped and two dollars a piece is now too high of a price.  The seller, perhaps feeling especially generous that morning, agrees to drop the price to $1.75 per watermelon – nothing in writing, just a simple verbal agreement.  Despite the provision within the contract preventing an oral modification of the terms of the agreement, the price of the watermelons has now been changed to $1.75.

The reality is that it is difficult to prove an oral modification of a contract.  What if the other party denies that such a modification ever occurred?  What can be used to prove the change in the contract?  Courts will often look at the circumstances surrounding the agreement as well as the performance of the parties.  For instance, the parties’ actions in conformity with the alleged oral modification would be evidence of the change in the agreement.  If the seller accepted $1.75 per watermelon in the total payment, that would be clear evidence that both parties were in agreement when the money and the product changed hands.

There are exceptions that will not allow a contract to be orally modified.  Some contracts must be in writing and signed by the parties, and likewise any modifications must also be in writing.  For example, the sale of real estate, a lease for a period longer than a year, and an agreement that is not to be performed within one year must all be in writing.  If the intent is to modify terms or conditions of these types of agreements, make sure that they are in writing, or they will not be enforceable.

Many contracts contain a NOM clause despite its relative impotence.  Parties to contracts with such a clause may feel comfortable discussing the terms of the contracts, believing that their spoken word will not alter or modify what has been agreed to in writing; this could prove to be a dangerous exercise.  Take no comfort in the inclusion of a NOM clause in your contract.  History has proven that Texas courts will enforce an oral modification despite clear and unambiguous language preventing such action.