SpaceX isn’t the only technological opportunity being launched in Deep South Texas.

The Rio Grande Valley is taking steps to become a bastion of computer science education for middle and high school students. Computer Science Education Week falls between Dec. 3 and Dec. 9, making now the perfect time to celebrate the area of study and its positive effect on the region.

Computers are all around us, and are significant parts of our everyday lives. We use them for jobs, entertainment, and while we shop. In almost every field, you will find computers.

With technology influencing our routines, one would think that computer science education would be prevalent in American schools, but that hasn’t always been the case. In the past, computer science courses have only been offered in one out of every 10 American high schools. Now, Teach For America is working to change that statistic by bringing more computer science classes to students living in the Rio Grande Valley.

“Since 1991, [Teach For America] is making sure kids have access to educational opportunities that are going to set them up to be successful in the future,” said Ana Gonzalez, the executive director of Teach for America in the Rio Grande Valley. 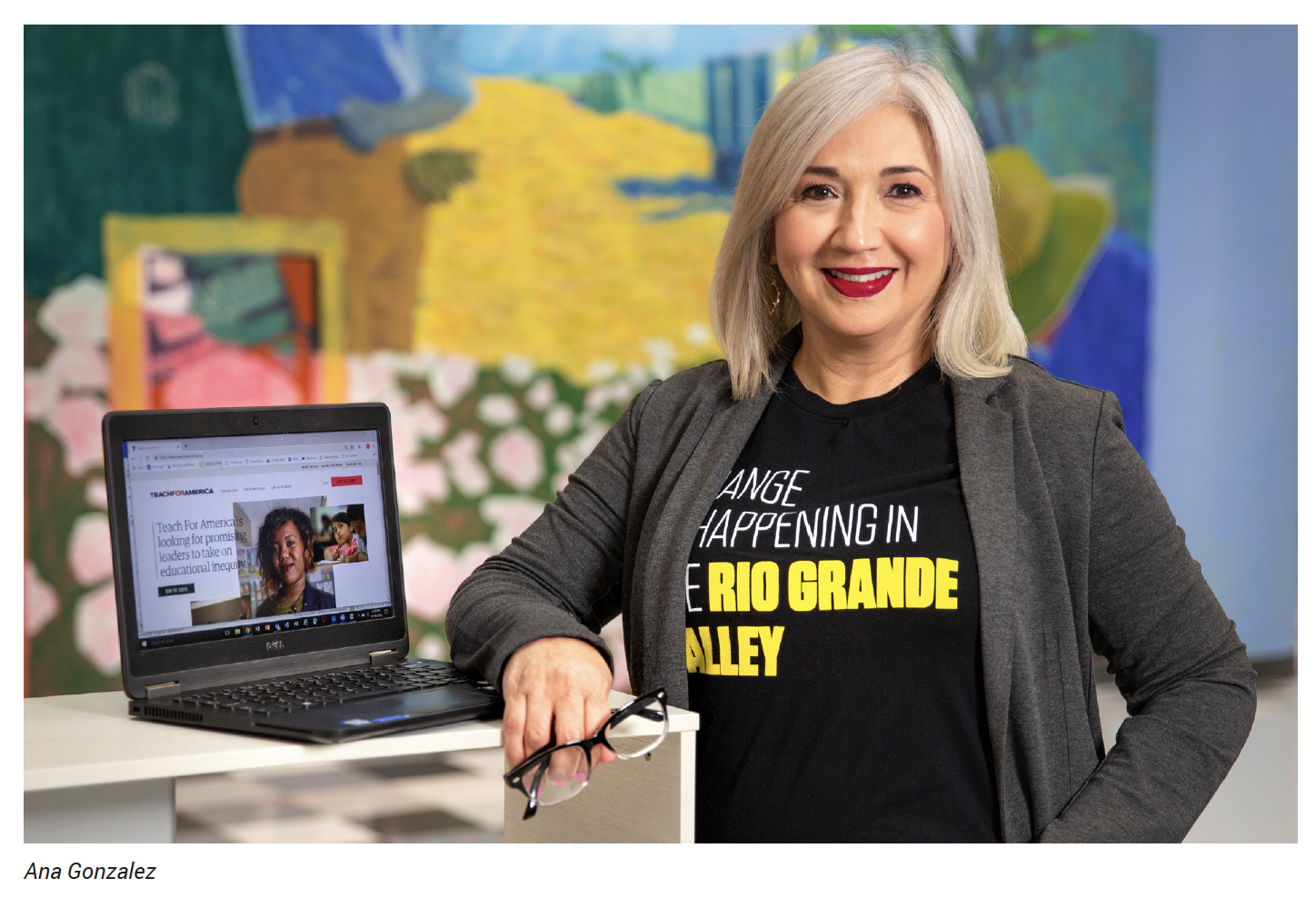 Gonzalez explained that bringing computer science classes to the Rio Grande Valley is part of a plan to help prepare students for the technology-driven workforce. As more people focus on the increasing importance of STEM — science, technology, engineering, and mathematics — education for high school students, Teach For America is turning that focus into a reality.

Through a National Science Foundation grant in 2015, Teach for America has been able to launch its Exploring Computer Science fellowship.

“Through this fellowship … corps members advocate for computer science instruction in their school, teach the ECS curriculum, and after teaching the course for two years, become Professional Development Facilitators in the community,” Teach for America information on this program reads. To date, several hundred students in the Rio Grande Valley have benefited from this grant.

So, what exactly does the computer science curriculum include?

Elias Arellano Villanueva is a second-year TFA teacher who teaches ninth-grade computer science. The computer science class that he teaches is an introduction to problem solving. His class at IDEA College Preparatory North Mission serves as a foundation course that sets up students for further computer science study down the road.

“In this class, students  learn HTML and basic web design,” Arellano Villanueva said. “They get more into algorithms; abstractions and they get to make their own web page.”

After students learn the basics, they move on to learning programming using Scratch. Scratch is a free programming language designed specifically for children that was developed by the Lifelong Kindergarten group at the MIT Media Lab. Scratch is generally used as a first step coding language that can eventually help students as they move onto learning more complex languages like Python and Java.

Teach For America also has a national partnership with Kode With Klossy. Founded in 2015 by former fashion model Karlie Kloss, Kode With Klossy is a free two-week summer camp that teaches girls ages 13 to 18 how to code. The camps empower girls by teaching them coding and fostering in them an interest to pursue technology fields. This year, camps were held in all 50 states, reaching about 1,000 girls.

Alejandra Rocha is a TFA corps member who was part of the Kode With Klossy initiative. She taught in camps this summer in Omaha and New York City. A seventh-grade math teacher at Alamo Middle School in PSJA ISD, Rocha is passionate about bringing more awareness to STEM education.

“The school where I teach has a robotics team made up of sixth-, seventh-, and eighth-graders that is made up of nine to 11 girls,” Rocha said. “They are all girls and they go to competitions across the Valley.”

Girls in the RGV seem to be very interested in learning about computer science or participating in robotics teams at their schools.

“We want for girls to also have an opportunity to take these introductory courses to make that sure they are also getting access into the STEM fields that are going to position them to lead in an equitable way alongside what has been for a long time a man’s field,” said Gonzalez, TFA’s executive director.

Knowledge is power, and by bringing computer science classes to children, TFA is setting them up for greater opportunities. In today’s world of websites, apps and cybersecurity issues, coding is a skill set that is in high demand. The dedicated members of TFA are partnering with schools and communities to ensure that the Valley’s students are poised to seize opportunities in this changing dynamic.