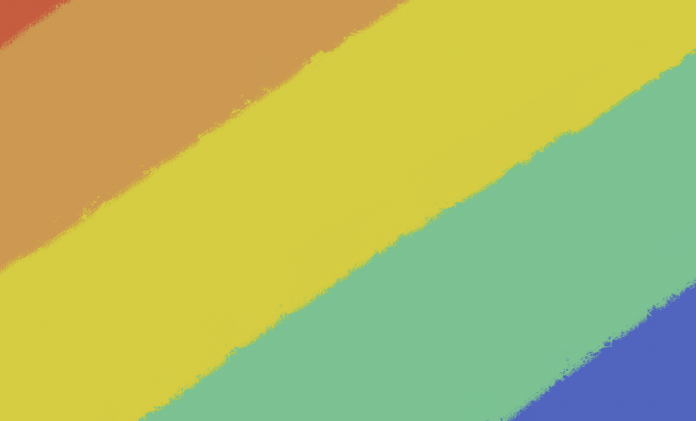 For many, June may seem like just another month, but for the LGBTQ+ community, it symbolizes justice and equal opportunity. Pride Month is celebrated each year in June to honor the 1969 Stonewall uprising, but it also provides an opportunity to organize peaceful demonstrations, raise political awareness, and confront current issues of discrimination and injustice plaguing society today. Current research points out that discrimination, poor mental health, and societal stigma are common factors contributing to health disparities among the LGBTQ+ community.

Health disparities among LGBTQ+ individuals are significantly associated with stigma, discrimination, and violence. Sadly, LGBTQ+ youth are more likely to suffer from social inequalities, such as food insecurity, homelessness, foster care, unstable housing, and poverty, than their heterosexual and/or cisgender peers. Similarly, older LGBTQ+ adults face additional challenges that stem from the combination of anti-LGBTQ+ stigma and ageism (APA, 2017).

LGBTQ+ individuals are more than twice as likely as heterosexual individuals to suffer from a mental health disorder, including depression, anxiety, and substance use (APA, 2017).  Research has revealed that such increased risk among LGBTQ+ individuals can be attributed to the experience of ongoing stress from enduring stigma, discrimination, and violence. Indeed, research reports that, compared to their heterosexual peers, lesbian women are twice as likely to experience depression while gay men are three times as likely. Additionally, LGBTQ+ individuals are more susceptible to substance abuse. A recent study reports that lesbian and bisexual women have a higher rate of substance use of nicotine and alcohol while gay men are likely to smoke and use stimulant drugs. Mental health problems also contribute to an increased risk of suicide. Almost half of adolescent lesbian and bisexual women have attempted suicide while 3 in 10 adolescent bisexual and gay men have attempted suicide.

Even more troubling, LGBTQ+ individuals with multiple marginalized identities, such as LGBTQ BIPOC (Black, Indigenous, and people of color) or undocumented immigrants, encounter additional risks for complex experiences of oppression and trauma resulting from social and structural inequality. In addition to a higher risk for mental health problems, LGBTQ+ people have less access to healthcare and lower rates of preventive assessments for various treatable ailments. LGBTQ+ individuals are also less likely to be insured and report a greater inability to afford health services compared to non-LGBTQ+ counterparts.

As of now, 2021 is set to become the year with the highest number of anti-transgender bills introduced. These bills include legislation on anti-trans sports (Arkansas, Mississippi,  Tennessee, and Texas), gender-affirming health care for minors (Arkansas, Texas), and religious refusals (North Dakota, South Dakota, and Arkansas). Although several bills are eradicated in the committee stage, the trans community may still experience distress watching proponents argue in favor of anti-trans bills. However, at the same time, the U.S. House of Representatives voted to pass the Equality Act, a bill ensuring additional non-discriminatory protections for LGBTQ+ Americans. The bill bans discrimination based on sexual orientation and gender identity (SOGI) in employment, housing, credit, jury service, public accommodations, and federally funded programs. The Equality Act would amend the 1964 Civil Rights Act, if passed. Thus, its presence in the Senate has generated significant contention.

Systemic and social injustices persist against the LGBTQ+ community; increased barriers to mental health services are among the most prominent challenges, which signifies the need for more social action to support this community. Self-education on this issue can be a first step, followed by advocacy for public policy that addresses these challenges. Mental health professionals and the public alike can become active members of this needed force.

A Message to Teens and the Community

During the pandemic, LBGTQ+ teens and youth were more likely to report mental health challenges, receive fewer health services, and lack social and family support. If you or a loved one identifies with this situation, you can reach out to the available local or college/university sources. Several academic and community-based centers serving the LGBTQ+ community have transitioned to online platforms to continue providing support. Some resources include: