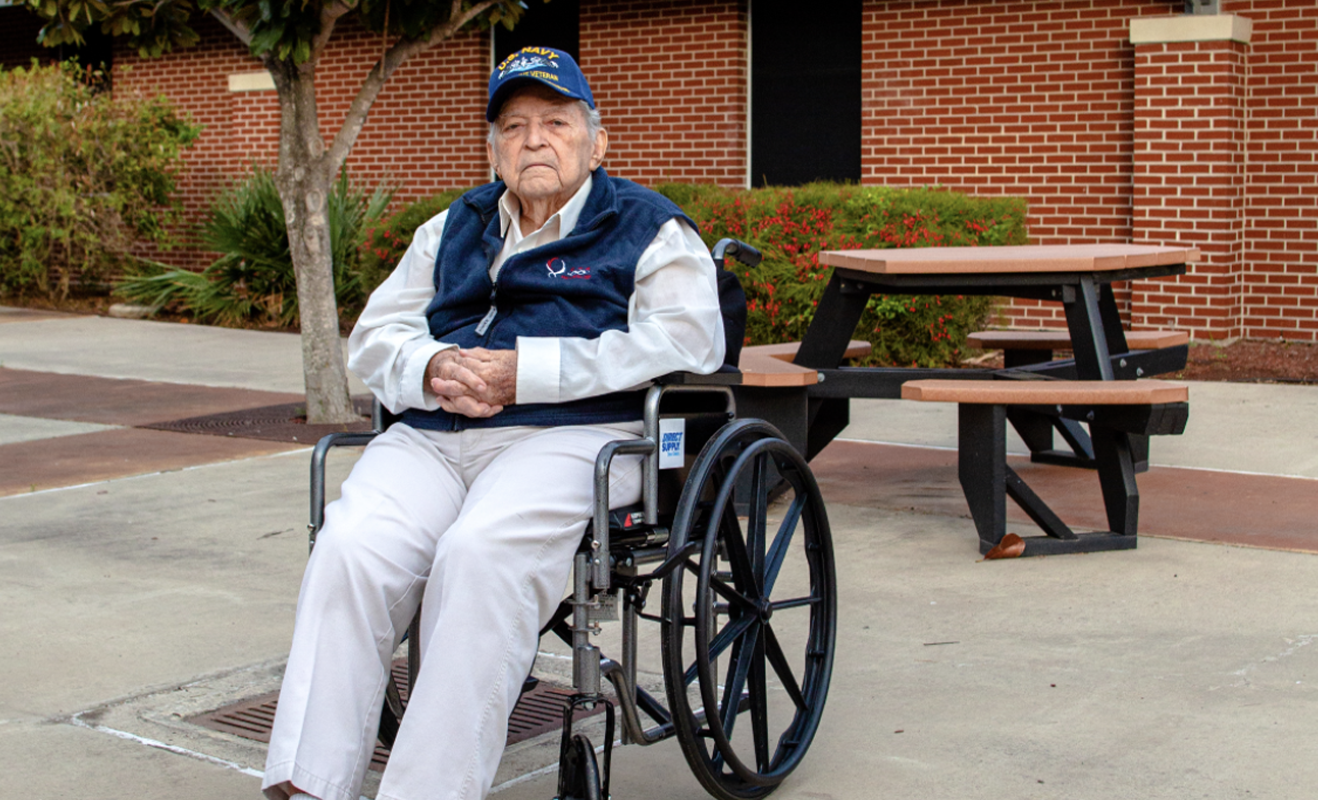 There is no Veterans Affairs Hospital in the Rio Grande Valley. However, veterans in need of emergency care, acute inpatient medical and surgery care, or mental health have options.

There are VA Clinics in Harlingen and McAllen and many area hospitals offer programs to ensure benefits are fulfilled.

One area where veterans care shines in the Rio Grande Valley is long-term care for some of the eldest heros in the community. Around-the-clock, extended care exists at a facility that is funded not by the federal government but by the Texas Veterans Land Board, which was created in 1946 after the Second World War.

Alfredo Gonzalez Texas State Veterans Home sits on 12 acres. The building itself is surrounded by lots of grass and well-kept landscaping, but the true beauty is the compassion and honor inside of the nursing home that is dedicated to serving veterans and their families.

Almost every wall is adorned with images and paintings of monumental moments in U.S. history — battles fought on land or sea for the freedom we still enjoy. 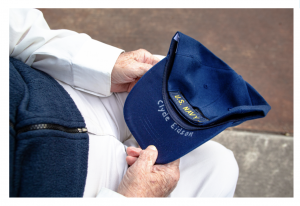 Rooms are decorated with personal photos of important events from each veteran’s life. Roaming the halls — among a 24-hour staff of nurses and caregivers — are the men who flew overseas and put their lives on the line.

There is a special connection with the WWII vets. It was the largest group when the home opened and the VLB was created to take care of WWII vets. That lives on at the McAllen facility.

Estimates say there are between 300,000 and 400,000 surviving WWII vets in the entire country. Sixteen million served in the war.

“Those guys are celebrities here,” Texas VLB on-site representative Jose Bustamante said. “When we go out into the public and someone sees a World War II cap — a lot of them end up getting a free meal because of that. People want to pay back and show their appreciation. To us, they’re our main group. That’s what we started with when we first opened. At one point we had 91 of them, and now we have 21. We’re losing them every week. Of course, eventually, there won’t be any left.”

A tradition that the home follows is the “final salute.” When a veteran dies, they are taken out on a gurney draped in a burial American flag that will be presented to the next of kin. Many of these bodies are laid to rest at the State Veterans Cemetery in Mission — another VLB property funded in Austin. 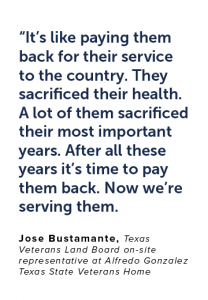 arlene Mendes’s role as activities director is to fill up the calendar with engaging events to make sure the patriots “feel alive” during their golden years.

The home hosts a range of guests to serve the residents. On a given week, they’ll have visits from barbers and music therapists. They take trips to the grocery store and have the chance to attend non-denominational church services or Catholic Mass. Residents have access to a range of therapies.

“Having them feel alive and having them feeling important, especially that they’re veterans,” Marlene Mendes said of the home’s primary mission for its residents. “We wouldn’t be here if it wasn’t for them. It is important to keep them active that way they won’t dwell.”

So what do heroes enjoy in their free time? Well, it isn’t much different than other peers their age.

“Bingo! They enjoy bingo, chalupa, and they love volleyball,” Mendes said with a laugh. “Don’t mess with their bingo, though.”

On any day you can see patients moving around or being helped to do so. Breakfast is served in a large hall or taken directly to the rooms. Each individual in the facility gets personalized care at a price that, Bustamante said, is usually covered depending on time in the service or severity of any disability.

“It’s like paying them back for their service to the country,” Bustamante said. “They sacrificed their health. A lot of them sacrificed their most important years. After all these years it’s time to pay them back. Now we’re serving them.”

As WWII veterans advance in age, finding them is becoming increasingly rare.

Coming across a Pearl Harbor survivor, who was on hand when the United States was jolted into action due to the attack in Hawaii, is like spotting a unicorn.

Clyde Eidson was there that morning of Dec. 7, 1941, “the day that will live in infamy.” Now he lives at the State Veterans Home where he can share his stories.

The Latham, Kansas, native was stationed at the naval base that was under attack, but he worked with submarines, which were relatively unscathed that day.

“I was in the barracks at the submarine base, at that time I was going to submarine school,” Eidson said. “I heard a lot of gunfire and they were shooting at buildings and anything they could see. I didn’t understand what that was all about until I found out it was an attack without warning.”

As a naval cadet, he didn’t even have a rifle of his own.

“Somebody gave me a rifle and I was shooting at the airplanes with a rifle. I couldn’t hit anything, I don’t think,” Eidson said. “It was a terrible time.”

That event launched his 30 years of service with the United States Navy. In a few short months, he was doing clerical work on submarines that were a force in the Pacific Ocean, sinking Axis ships through the entire conflict.

He continued to climb the ranks and eventually worked as a submarine inspector. He was able to board one of the first nuclear submarines before retiring and settling in the Valley.

His story is one of the few remaining. One that will soon be history only living in books.

One of many that the Alfredo Gonzalez Veterans home works every day to preserve.

How do you give back to veterans? #JoinTheConversation at facebook.com/rgvisionmagazine.