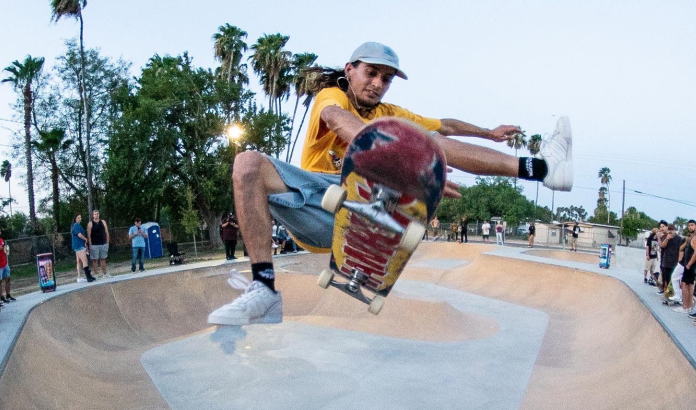 After years of being on a board, recording his friends, and living around the skateboarding scene, Rene Casas took a plunge that would benefit skaters across the Valley. 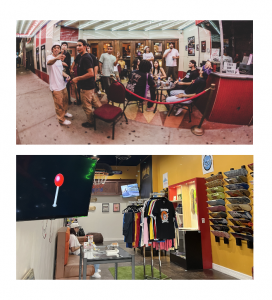 asas, 27, who has been on a board since he was 11-years-old and has been skating for most of his life, is the owner of Location Skateboarding in Edinburg. The skateboarding gear, tech, and apparel retail store opened over the summer and has been a smashing success with locals.

“It was needed at this point,” Casas said. “We didn’t really have one for years. I felt like it was time to have a local skate shop. It’s cool to source the community with cool skating goods.”

He spent a couple of years in the brainstorming and planning phase. Once the storefront was secured, it was full steam ahead on the path to the grand opening.

The shop kicked off its opening right with free pizza, goodies, and a skate contest.

“We opened up in about a month,” Casas said. “We found a spot at the end of May, got the keys June 6th, and opened up July 1st. The first hour of opening was wild, I couldn’t be more grateful.” 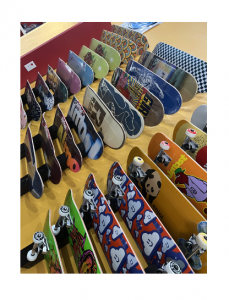 Location broke a drought of almost a decade without a local Upper Valley skating shop. Zumiez has stayed strong at La Plaza Mall. He even worked there, like much of his crew, but a local shop evaded the steady solid skating community.

Skating has become hot again, and this time around, cities are pumping public dollars into the construction of new skate parks. Since 2017, McAllen, Pharr, and most recently, Edinburg have erected new parks to attract local youth and adults alike.

Skateboarders, roller skaters, and scooter riders are feasting on a variety of skateparks like this area has never seen before.

From Rio Grande City to South Padre Island to Elsa to Raymondville, the number and quality of parks continue to rise.

Location’s location plays a role in its appeal. Edinburg is now the home to two sizable skating parks after the SkatePark at Southpark welcomed rollers.

Being able to be an active part of throwing and sponsoring events is a big deal for Casas, who experienced that as a young skater. 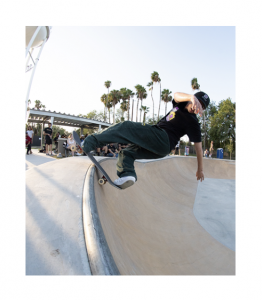 He is close friends with local skaters Mikey Whitehouse and Nick Holt, who have continued to set the bar high for RGV skaters with videos on some of the biggest skateboarding outlets.

“It’s definitely an honor to have all my good homies skating with me,” he said. “The whole community is involved. The shop is throwing events and little contests, which keeps the energy flowing.

“I couldn’t be more happy; it’s a great experience so far. I just want to keep going and creating more. It’s a dream come true at this point. I was always a part of the skate scene. I would be at contests and play games of S.K.A.T.E. I saw how the old shop did things, so I’m just doing that with my own kind of twist.”

Whether the contest is at the beach or in front of the shop, Location Skateboarding is here to ride the wave of a scene that is growing once again, thanks to Casa’s passion to skate and serve.