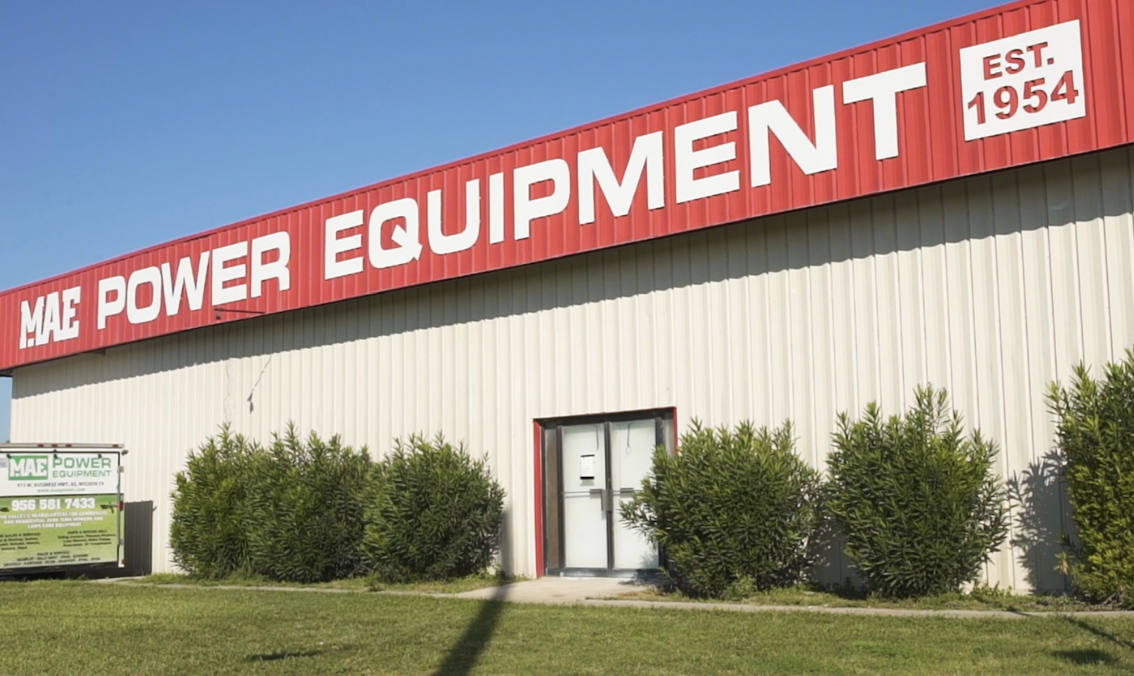 Greater Mission Chamber of Commerce: What moved you the start your own business here in Mission? What do you value?

Ben Cavazos: When I was in the service, they sent me to school — an old electric school and I learned about small engines and what I’m in now. And when I got out of the service, I worked for someone for about two years and then decided I needed to be in my own business and I opened this up in 1954. I had $100 worth of tools and I borrowed some money from a friend.

GMCC: Tell us a little bit about your business. How many employees do you have? What’s the size of your business? How many jobs have you created?

BC: We’ve created a lot of jobs and right now we have 22 employees. We’ve probably been averaging at least 20 for the last 20 years … employees that work here and live in the community.

GMCC: Tell us about your experience and when did you join the Greater Mission Chamber of Commerce?

BC: When I needed a building to move to when I decided to open up a business, I came to Mission and paid my $25 yearly dues and asked the Chamber to find me a building. They tried but they didn’t find me a building, but I found this building. This was a building that was 30-by-60 — that’s the size of this building when I rented it for a while and then I purchased it and then I bought land all over the place. … We have about 12,000 square feet of buildings — the two buildings and storerooms and everything. The land is like 400 feet of frontage on Business 83.

GMCC: Tell us about how many people you serve and the tools you provide.

BC: We serve between 20 and 30,000 a year. Our customer base in tremendous. The radius we work with is from Zapata to the Island. 100-mile radius. So we’re able to keep busy. Our sales run somewhere between $3-and-a-half and $4-and-a-half million a year.

GMCC: Do you have a partner in your business?

BC: This is a corporation and my son Oscar has been with me since he got out of university. I sent him to school and got him smart first. He got a degree in marketing and accounting so he came in after college and became part of the company. The plan is for him to continue with the company. I tell him we have a responsibility to all our employees to keep this business going. I could just sell out and go, “forget about it,” but we’re going to keep it going and Oscar will take over whenever I get tired. I’m only 88, so I’m not tired yet.

GMCC: Have you participated in any community events or given back to the community?

BC: Always participated in. One of the main things we do is we are always in the Citrus Fiesta Parade. We have an entry in there and I’ve been a chairman of the parade and I worked with the Citrus Fiesta Board many functions. Currently we just run a float in there and I’m not any of the boards right now. I think there’s younger people that have come up and taken my place, but we also helped the city in any way that we can. I have belonged to a bunch of boards like the Traffic Safety Committee and the Planning and Zoning Board and the Board of Equalization. I served on all those boards in all the last years. 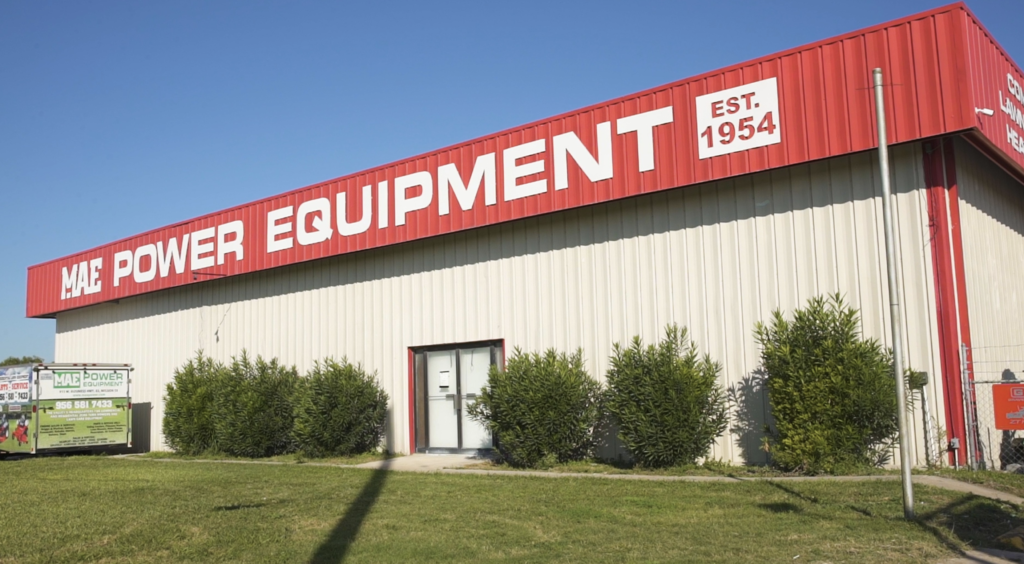 GMCC: Regarding your workforce development, you have 22 employees. Can you share how you have helped build them to be great leaders in the business?

BC: When we hire somebody, we try to hire somebody that has some experience in this. We train them, the factory provides us with information to train mechanics, and we even send people to school sometimes, but most of the time, we train them in house. And we continually get information from our factories on service work to make sure we know how to repair all the equipment that we service.

GMCC: What has been your greatest business accomplishment so far?

BC: I was always interested in organizations. I started a Rio Grande Valley lawn mower dealer association back in the ’80s and it grew into a state association called the Texas Service Dealers Association. Later,  it grew into a national organization that was the Service Dealers Association, which was a National Association of Lawn Mower Dealers. I was president of the first organization and what I wanted to do was instead of our competitors — being enemies and all that — I tried to have meetings with them and get together. Instead of working against each other, let’s work together. And we did. And that’s the way we got the Valley association going, and then the state association and also the national. So it’s been a real asset. See my idea was, let’s get together so that we can share service information, share qualities of mechanics, and if I needed an extra lawnmower mechanic, I would call up one of my buddies in the organization and say, “Do you know of a mechanic?” and invariable they would say, “I had somebody apply the other day and I don’t have room for him.”

GMCC: Why did you choose the city of Mission to conduct business?

BC: Well, I was born in Sharyland and after I went in the service and they sent me to school, I went to the Aberdeen Proving Grounds in Maryland. The Army sent me to school there on this line of work — the small engines and the auto electric part. And when I got out, I worked for a place in McAllen. And he had a place similar to this, only smaller. And I worked for him for about two years and then I decided to open up here in Mission. I didn’t want to be in the same town where we had a competitor, so there was nobody here.

GMCC: 65 years in business and creating jobs. Tell us about your life. Did you have your family in Mission? 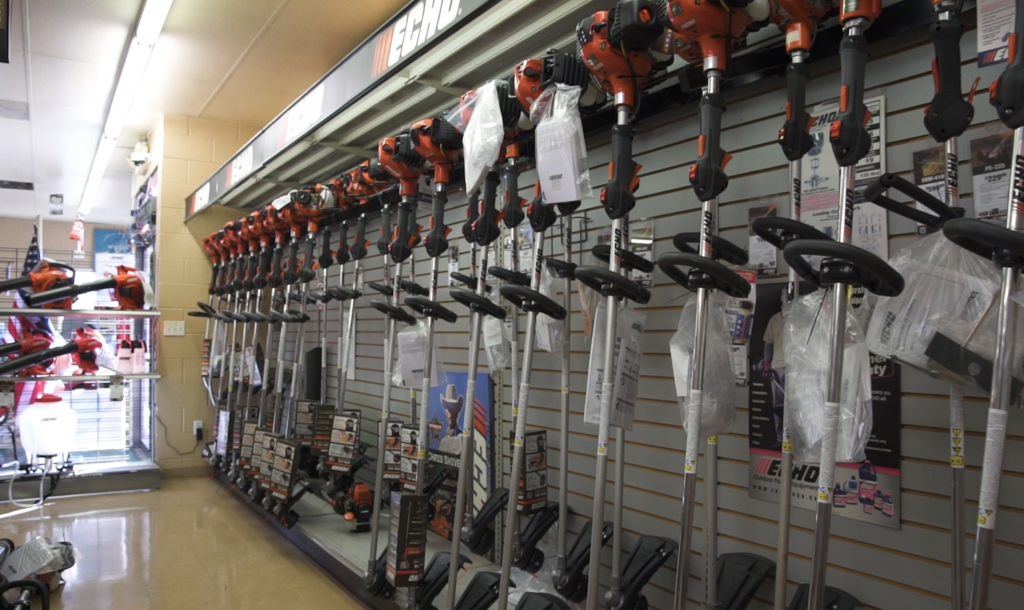 GMCC: What advice would you give other young entrepreneurs who want to create a business here in Mission?

BC: The first thing you have to do in the business is you have to like it. If you open up a business just because it sounds like a good idea and you’re not really knowledgeable about that business, you better stay out of it. I had the background from when I was 11 years old. I took my mother’s washing machine engine — we had a Maytag washing machine with an engine — and I took that engine and I put it on a bicycle. And I road that bike for four years from McAllen to Sharyland for school. And so that gave me a lot of training in repairing small engines. I wasn’t going to walk, so I learned to fix this engine. Later, the Army sent me to school because they recognized that I had an aptitude for mechanics. And then from there, they sent me to Alaska. I spent a year in Alaska. I had never seen snow. So after my time was up, I went to work for this company for about two years and then opened up here.