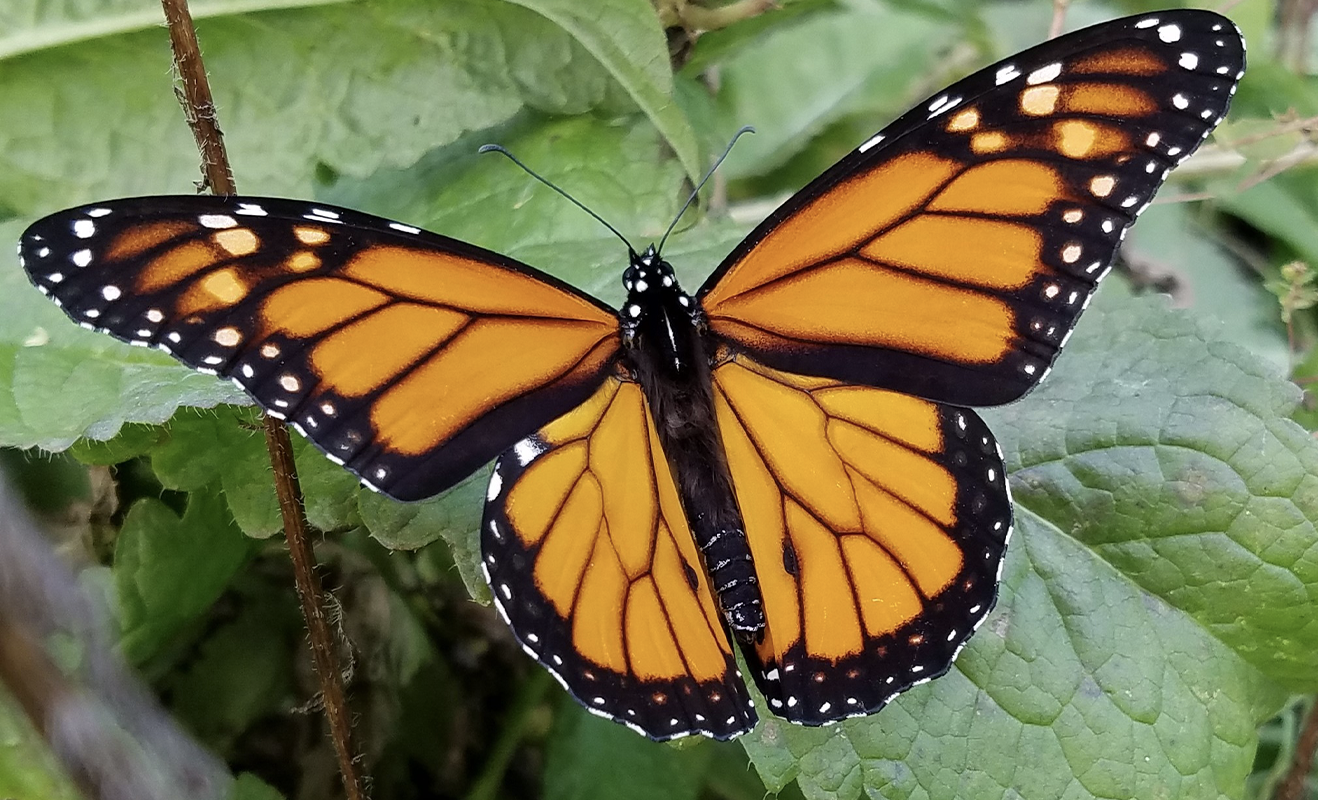 The monarch butterfly is thought to have been potentially named in honor of various kings, both real (King William III of England) and fictional (Danaus, great-grandson of the Greek god Zeus). However, it could easily be called “monarch” because of its migratory prowess — the king of migratory butterflies.

This beautiful orange, black, and white insect can migrate vast distances, traveling from as far north as Canada to Michoacán, Mexico — a trip that can span over 2,500 miles (or 80 million butterfly body lengths). To put this into perspective, a person of average height in the United States (roughly 5 feet, 6.75 inches) would have to walk roughly 225,000 body lengths to reach San Antonio.

Unlike a bird, the monarch butterfly is incapable of making the round-trip journey in its lifespan; rather, it takes multiple generations. The last generation of the summer, the over-wintering generation, is the one that makes the long southward migration to Michoacán, Mexico. It then takes three to four subsequent generations (each usually living less than 5 weeks) to complete the journey north.

Scientists have often studied how monarchs make their incredible journeys, but there is still much to learn. We do know this, however: the North American monarch butterfly population has drastically declined — up to 90 percent over the past two decades. These declines are thought to be in part caused by loss of milkweed and nectar plant habitat, along with pesticides.

There are ways to help the monarch butterfly, and national efforts like the Mayor’s Monarch Pledge are helping to spread the word. One of the easiest ways to help a monarch is by planting native milkweeds and native nectar plants in your yard, which also benefits all the other pollinators that are so important for a healthy ecosystem.

At Quinta Mazatlán’s upcoming Monarch Celebration, March 21, there will be opportunities to learn more about monarchs butterflies and purchase native plants to help them. Hope to see you there, and long live the monarch!

Do you use monarch-friendly landscaping in your yard or patio? #JoinTheConversation at facebook.com/rgvisionmagazine.