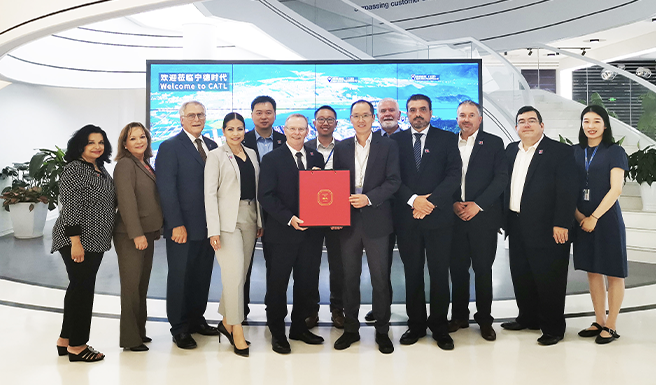 When Laura Warren Ogletree was 7, she could read her future career path as plainly as a blueprint: She was going to become an architect.

But coming from a conservative Lebanese family living in Mexico, she was discouraged from pursuing work in a male-dominated industry. That “a lady of a nice family” shouldn’t be hanging around men.

“I said, ‘well, I’m going to be an individual and not be defined by gender but by what I do,’” she remembered.

So her father challenged her to do something about it.

At 16, she began working as a draftsman at an engineering office. She wore multiple hats in this position: designing, but also doing mechanical work, plumbing, electrical installations, and other construction projects.

“Throughout college, I started gaining a list of clientele that I’d be doing work for,” she said. “I haven’t looked back since that.”

She did work for the former president of Mexico, Carlos Hernandez de Gortari, the Mexican state of Chihuahua, and hospitals before moving to Birmingham, Alabama. Alabama was where she married her first husband and worked on high rise facilities, hospitals, and did research work.

When she moved to McAllen in 1995, it was to work for international firms. 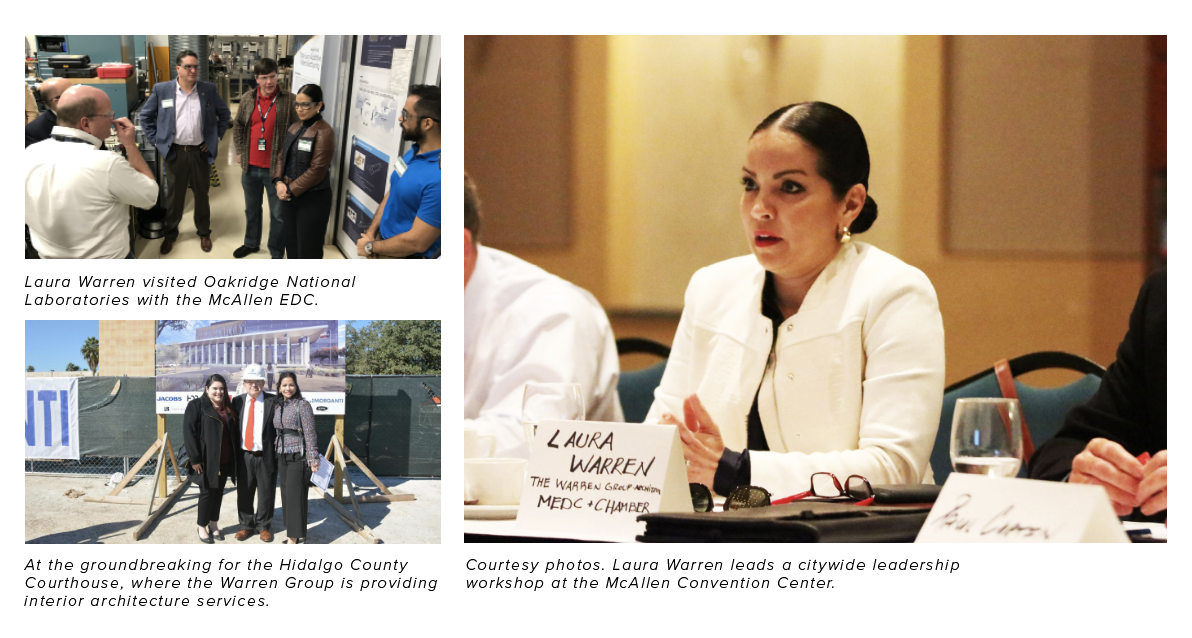 “One of my mentors and best clients, Mr. Alonzo Cantu, and also Mr. Ray Hunt of Hunt Oil, both told me in the same week that they were tired of seeing make money for other people,” Warren said. “So they persuaded me to go on my own and you don’t forget that. They’re still my clients and they’re very good friends. I’m very lucky to have somebody that has believed in me for all those years.”

Nearly 15 years ago, Warren Group Architects opened its doors. Warren is the president and principal, and the organization has left its distinctive stamp on many Rio Grande Valley landmarks. Warren Group has been behind the McAllen-Miller International Airport expansion, the Art Village on Main in McAllen, new projects for Doctors Hospital at Renaissance, and the interiors for the Hidalgo County Courthouse, among numerous others. The organization also does work nationwide.

Even though her work keeps her very busy, there’s more to life than it, Warren says.

“Your life has to have better meaning than just work and make money,” she said. “I was raised like that. My father, my mom have always been individuals that were involved.”

Two of some of the first people Warren befriended when she first moved to McAllen were Mike Allen and Keith Patridge — then the president and executive vice president, respectively, of the McAllen Economic Development Corporation.

“I guess I have come full circle because I just finished being chairman of that board 24 1/2 years later,” Warren said. “In my opinion, it’s one of the strongest boards in the Valley — if not the strongest. To be the first woman chairman after 23 years is also something special.” 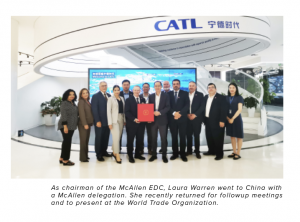 “I’m a little bit hyper. I don’t sleep much,” she joked, before turning serious. “You know, you find out if you’re going to give one or two hours a week — but well dedicated, be present, do the right thing — you can do a lot just with two hours a week.”

Warren advises avoiding getting involved in a specific community organization just because somebody else is doing it — or for personal gain.

“You should be doing something because you want to, because it’s your passion,” she said. “Just the mere fact that you improve somebody’s life or give hope, then your life has better meaning.”

There’s no time like the present to begin giving back, Warren says, adding that when her children were younger, they mobilized their peers to raise money to donate backpacks to the McAllen Rainbow Room, give back to veterans, and comfort children who might have encounters with police.

“Our daily work brings a lot of stress. As much as we love what we do, if you’re successful, that comes with a level of stress,” she said. “Being able to be involved in anything that brings the best in people is energizing, so that’s what I like.”

“Invest in yourself and your education to create your own opportunities.”

“The best opportunity that is going to come your way is the one you give yourself.”

“It’s always hard to start something. If it isn’t, it’s not going to have any value.”

“Take the time to laugh.”