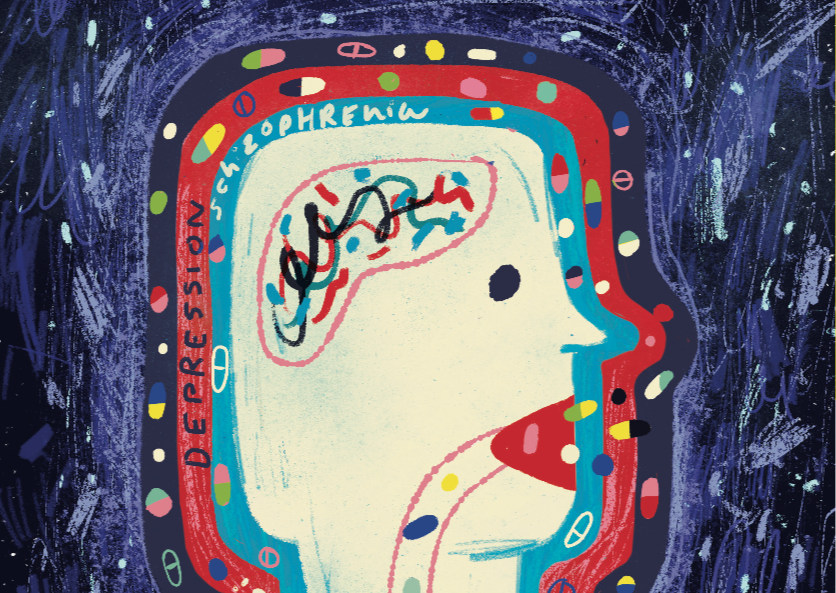 Mariano “Marty” Resendez Jr. was sitting across his desk from a client we’ll call Tony, who finally felt comfortable enough to admit his secret.

Resendez is a licensed chemical dependency counselor at a private substance abuse facility in McAllen.

Tony had already been through the assessment and admissions portions of his drug treatment program, but he’d managed to conceal his secret until that moment.

His drugs of choice were marijuana and Xanax, a sedative referred to on the streets as bars, but Resendez had suspected there was something else going on with Tony.

Other clients at the facility’s dormitory had complained that Tony would suddenly sit up in bed in the middle of the night and start talking to himself, almost as if he were having a conversation with himself.

But often, the “conversation” would escalate; Tony would begin yelling, cursing at himself and hitting his head.

After admitting to Resendez that he heard voices, Tony said the devil was telling him to do bad things and that he fought the urges to obey.

Tony’s situation of having two or more issues, substance abuse and a mental illness disorder, is called comorbidity, or co-occurring disorder. On its website, the National Institute on Drug Abuse describes this condition as “two or more disorders or illnesses occurring in the same person.”

They can occur at the same time or one after the other, and interactions between the illnesses can worsen the course of both disorders, according to the institute.

Although he’s not trained in treating mental disorders, Resendez said it’s very important to recognize issues other than substance abuse among his clients, and to act. In this case, he referred Tony to a mental health professional.

“As part of my duties as a substance abuse counselor, it’s my duty to provide my clients with the best services possible, with the services appropriate for my clients,” he said.

But Resendez admits that may not always happen. It’s possible, he said, that mental health issues can sometimes be missed because counselors are not trained to spot issues outside their field of expertise, and/or because the counselor may be fixated on only one aspect of a patient.

“Substance abuse counselors may not recognize a comorbid mental health issue, and vice versa; health professionals may not detect a comorbid drug abuse issue with their clients,” he said.

“It’s akin to malpractice not to screen for both mental disorders and substance abuse,” he said. “And the numbers in the country are impressive.”

According to the National Alliance on Mental Illness, he said, approximately one in five adults, or 18.5 percent of the adult population, experience mental illness in a given year.

The Substance Abuse and Mental Health Service Administration, in their 2014 national survey, estimates roughly 8.4 percent of the population has had a substance abuse disorder issue in the past year.

“These numbers indicate that little less than half of the substance abuse disorder population also is experiencing a mental health disorder,” Smith said.

“These are known cases,” he said. “Who knows what unknown case numbers are. And here in the Rio Grande Valley, we just don’t have adequate treatment facilities for these conditions. We have very limited resources.”

Smith said the issue boils down to economics.

“If I want to send a patient to treatment for a co-occurring disorder,” he said, “the gold standard would be an in-patient treatment program that would address both the mental health disorder and the substance abuse disorder in an orthodox fashion.” 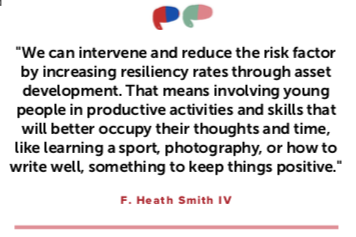 Smith said that would require a facility that would allow for at least a 30-day treatment for substance abuse disorder, and maybe 10 days for the mental health disorder.

“However, Medicaid and Medicare pay very poorly for substance abuse disorders, resulting in little to no in-patient, 30-day treatment providers for this type of government insurance.”

“Facilities that can provide longer treatment stays are typically found in larger cities, so in my opinion, yes, unfortunately it comes down to economic issues.”

What we end up with then, he said, is a population of mentally ill individuals who freely live among us until they run afoul of the law and end up being housed in jail in large numbers.

“I would hope we could move to a system that better trains police to recognize mental health issues, and one that includes mental health courts where our mentally ill could have interventions that are more appropriate,” he said. “This would be a system that allows family members to have a voice, court systems that could gather history and know about individuals who can be helped at times when they are not able to think for themselves.”

Resendez said more and more criminal court judges in the Valley are recognizing that repeat drug-use offenders often have a problem deeper than just the desire to get high, and can be better served by court-ordered drug treatment than by jail time.

“It’s a matter of better educating the court system or having courts that specialize in working with offenders with both substance abuse disorders and mental health disorders,” he said.

State laws, Smith explains, could also be improved to better address the issue.

“In Texas, a DWI offense usually means paying a large fine,” he said. “In states like Florida, the convicted offender has the choice of either paying the large fine or going into an evaluation and treatment process and not pay the big fine. Some states defer the adjudication from their records if the offender completes their prescribed education or treatment.”

“When a kid is caught with marijuana, or a young adult is arrested for DWI, these are great opportunities to intervene and do early prevention education and get families involved, which can be very powerful,” he said. “If we treat mental health disorders early, we can at least mitigate long-term effects. So, we know untreated depression and anxiety disorders in adolescence have a higher rate of developing into adult mental illness and substance abuse disorders, just as untreated attention deficit disorders can lead to substance abuse.”

Smith said that because signs of mental disorders in young people are only beginning or “budding” disorders, it’s difficult to know if it’s only depression, which can be treated, or if the disorder is an early sign of more serious mental disorders, including bipolar disorder, schizophrenia, psychotic illness or personality disorder, which require more rigorous treatment.

“But we do know that good intervention early in life can be valuable,” he said. “We can intervene and reduce the risk factor by increasing resiliency rates through asset development. That means involving young people in productive activities and skills that will better occupy their thoughts and time, like learning a sport, photography, or how to write well, something to keep things positive.”

Smith said that while many advances are being made in treating substance abuse disorders and mental health disorders, 100 years from now today’s methods of treating mental illness will likely be looked upon as out of date.

“Who knows what future treatments will look like, but for now we can do a better job of improving the situation of substance abuse and mental illness if we make the effort and treat patients holistically, evaluating everything about a patient, from genetics to diet to physiological abnormalities of the brain,” he said.

In light of recent mass shootings in Florida and elsewhere, Smith said this is an excellent time to begin serious discussions nationwide of mental illnesses and how best to treat them.

As for Tony, Resendez reports that he is currently undergoing a rigorous treatment program for both his substance abuse and mental illness disorders.