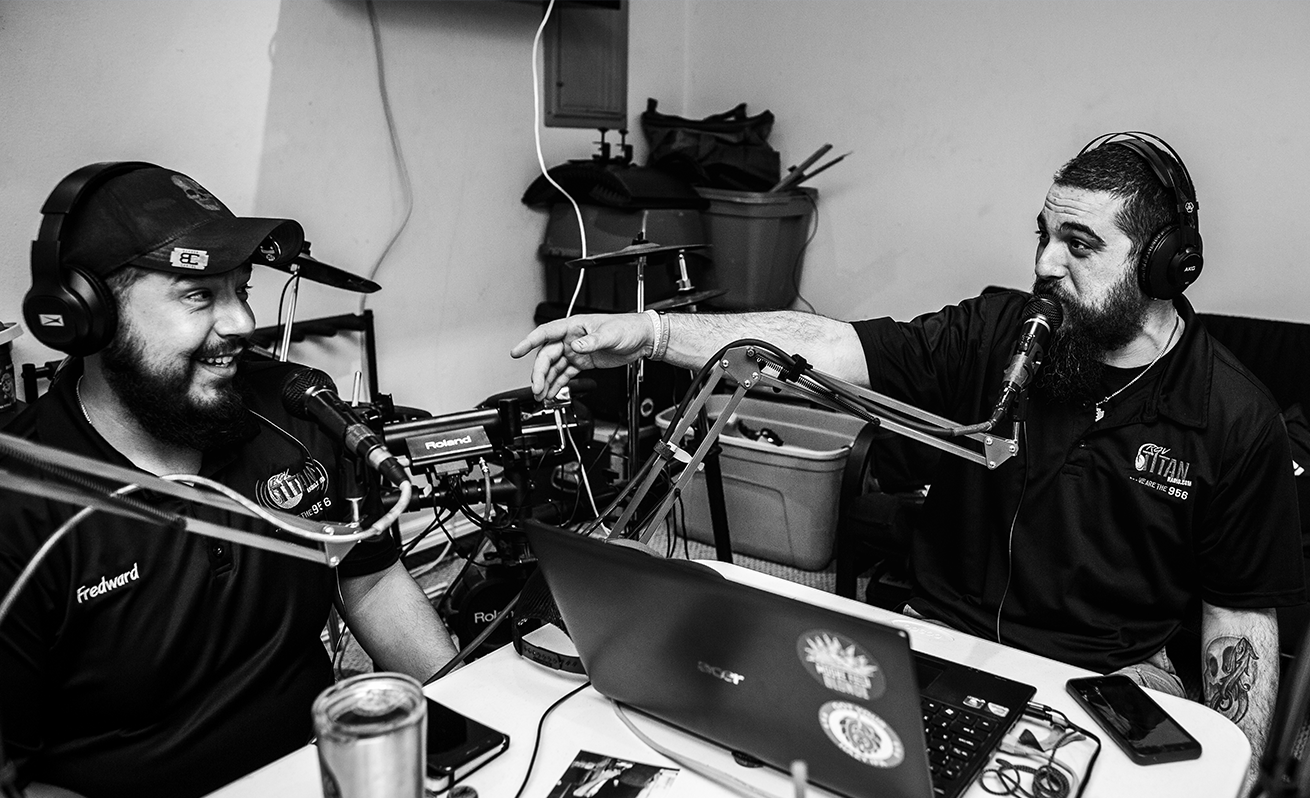 Every famous band can identify with the tremendous amount of struggle and exertion it took for them to finally become critically acclaimed, and the excitement they must have felt to first hear their songs on the airwaves. Now, mediums like YouTube and online podcasts make it very possible for aspiring musicians to share their music with the world — and, more importantly, make it very possible for listeners to tune in at any time. There is a brand new online radio station that allows for all of the Valley’s local artists to be found in one place minus the fervent searching and navigating multiple avenues to keep up to date with new local bands. What was once almost a miraculous sound to hear yourself on the radio can now be achieved by anyone in the Valley — for both a Valleywide and national audience. RGV Titan Radio is making it possible for Valley bands to hear their music and other local bands all in one place. The online radio station can be accessed by going to rgvtitanradio.com. With 24-hour live broadcasting, listeners can access some of the Valley’s hidden and most prized musical gems at any point throughout their day — with no predetermined loop of music.

Any band from the Valley is welcomed to submit their music to RGV Titan Radio, and, in fact, encouraged to seek recording right in the studio if they don’t already have something pre-recorded. All of the sound equipment was donated by Matthew Rios, owner and head audio engineer of Concert Culture, and chief audio engineer of RGV Titan Radio. Rios decided to donate his time and talents to the radio station in hopes that it would bring about a more tight-knit community in the Valley among musicians and help get their band names recognized.

“RGV Titan Radio, if they wanted to, could get some corporate sponsors and put up only bigger named bands or bands that are big in Texas,” Rios said. “But these guys are there for the underdog and there’s a lot more underdogs. Their reach will be far greater and more impactful because they’re helping everybody out, and now everyone’s got a level playing field. I have a feeling that the radio station is on a wave going up and it’s gonna really push the local scene a little further and tighter together.”

Currently run entirely by a volunteer staff from the Valley, RGV Titan Radio also acts as a collaborative that brings locally owned businesses, professionals, and people in the poetry and art community to the spotlight with three radio talk shows that serve as an outlet to promote “local.” The highlight of these shows is that the powerful dialogue between the show host and the interviewee is never censored or modified.

“We don’t have opinions and we don’t take stances. We don’t judge or discriminate. Everyone’s entitled to their own beliefs. And I’ve always said personally, ‘I may not agree with what you say, but I will fight to the death for you to say it,’” said Fredward Drefington, CEO and co-founder of RGV Titan Radio. “We want everyone and anyone to be able to say whatever they want and we will not censor. We don’t edit any of our shows, it’s all raw. And that’s one thing that we don’t want to change.”

Vinny Dee, local audio personality and program director for RGV Titan Radio, currently facilitates two radio shows at the station, including “First Round’s on Me,” which airs at 8 p.m. every Thursday. The show was originally developed by Dee as an outlet for bands to talk about their music and share their personal journeys, and possibly even play live in the studio. There is currently a wait list of about two months to appear on the show. When bands arrive at the studio, they’re greeted with a round of local beer currently sponsored by 5×5 Brewing Company — located at the CEED building in Mission.

“I want people to know that there are locals down here that do anything and everything possible for their small business to work right here in the 956, and they do it all for the locals,” Dee said. “I want people to start taking notice of that, and basically shopping small, listening to local bands and taking notes of all the arts and everything available to you here in the RGV. I think we get overlooked and there’s so much culture here and it’s just ridiculous. Like you really cannot find another spot like this.”

People who are truly impacting and fostering improvement in the Valley are making their way to RGV Titan Radio. And unlike any radio talk show in the area, Octavio Perales, together with Abby Bot, hosts a poetry program called “The Human Condition.” The show airs at 8 p.m. Wednesdays and features Valley poets sharing their work live on air. The hosts hope to later include segments with artists and discuss mindfulness issues.

“It’s an honor to be pushing something such as poetry or spoken word and local artists on radio stations. I want to give them a place to project their voice,” Perales said.

Also delving into the food and culture aspect of our region, the crew is promoting remote broadcasts at local food venues and offering not only to radio broadcast, but film it with virtual reality technology. Derek Rangel, Founder of Your Life VR, video production manager of RGV Titan Radio, and operator of Valley Food Review, now offers the listener a more inclusive and behind-the-scenes view of what goes on at remote broadcasts, and hopes to introduce the same concept inside the radio studio during talk shows.

Rangel hopes the viewer would “feel like you can reach out and touch the person sitting next to you in virtual reality so that we can have people sit in the studio with us and feel like they’re part of the RGV Titan Radio production team,” he said.

RGV Titan Radio was originally co-founded by Seve Rex Lara and Drefington in 2010 with the idea of how it would be nice to hear local music through an online radio station. However, being ahead of their time in the podcast realm, the radio station could not sustain itself. It became dormant after an eight-month period since people in the Valley still relied heavily on listening to their music via FM radio. Now, RGV Titan Radio is thriving, and is offering every musician to be part of a community of like-minded artists supporting one another and discovering hidden musical gems. 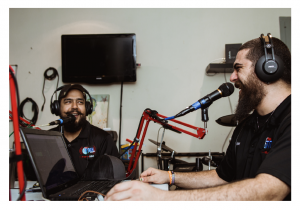 “Our ultimate goal is to spread like wildfire. We got local bands down here, we’ve got local shops down here, it’s great! You know, we’re a diversity of people and we want everyone to get to know each other because ‘we are the 956,’” Drefington said. “You know, we’re all in the same boat. Let’s act like it and keep this boat from sinking.”

If you would like to submit your music to be played on RGV Titan Radio, please visit rgvtitanradio.com, send an email to frdref@rgvtitanradio.com or call Fredward Drefington at (956) 821-3644. Visit their Facebook @RGVTitanRadio.