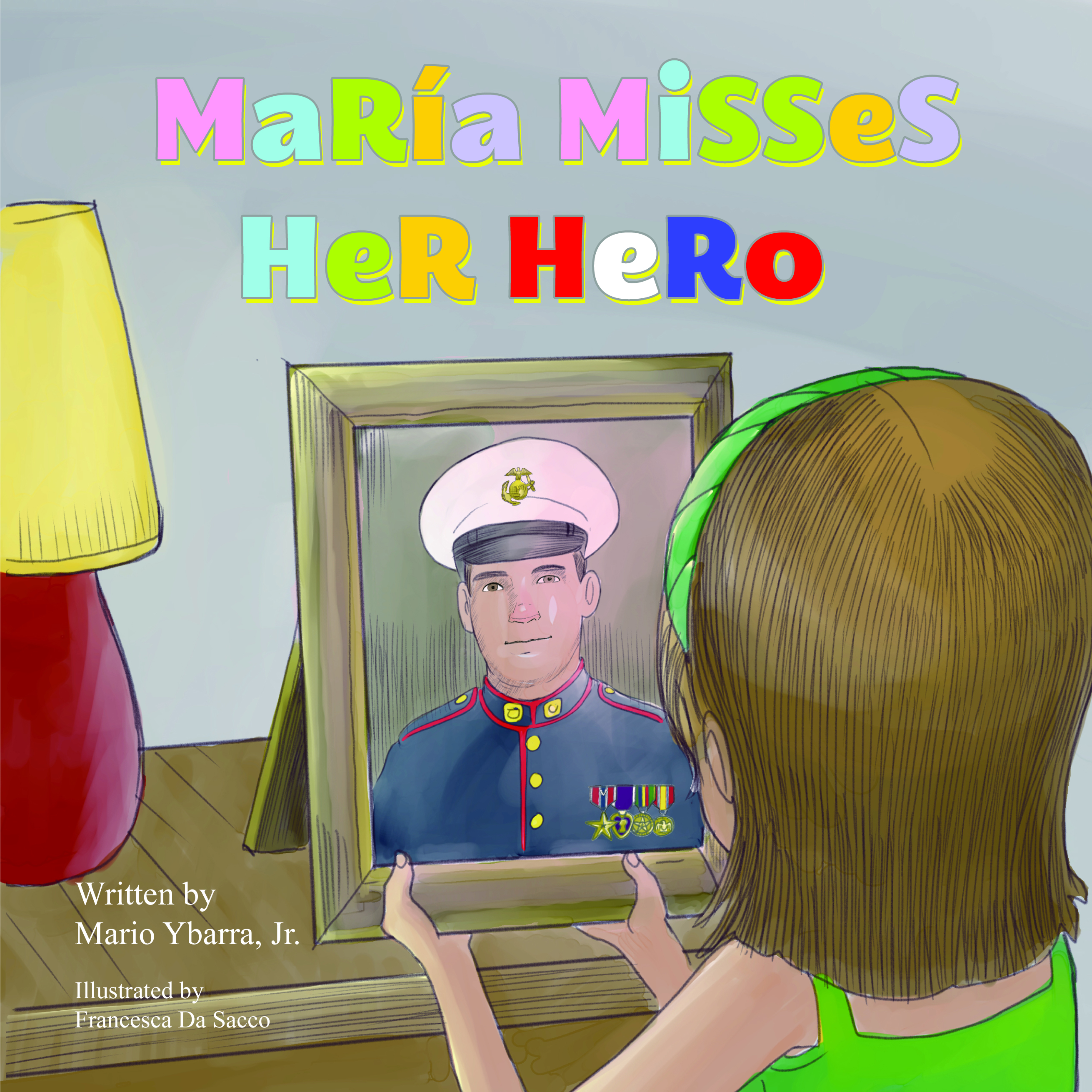 On this, Veteran’s Day 2016, I cant help but remember the day my cousin Sergio left for Army basic training. It was an emotional insecurity I had never experienced in adulthood. This feeling only intensified when he was deployed to Afghanistan a year later. The veritable bacchanalia of sentiment was difficult to process at the age of 19, it is a wonder how the nearly 1.4 million children with deployed parents handle this thought on a daily basis.

A 2014 study by the Department of Veterans Affairs found that children of deployed parents are at “increased risk for behavioral, psychological problems.” It was in fact this suffering that inspired Mario Ybarra Jr. to write the children’s book “Maria Misses Her Hero.”

Ybarra was an infant when his namesake was killed in Vietnam. Through out his life, Ybarra suffered inexplicable emotional anguish. It was not until middle adulthood that he discovered that it stemmed from the pain of losing his father to war.

Ybarra never intended to become a children’s book author, and says the progression of the book was organic. “It was one evening several years back that I just started to write this story and I realized it was starting to come to life and I thought, there is some potential here. From the initial draft, it just evolved from there,” says Ybarra.

“Maria Misses Her Hero” depicts the struggle of a young girl living with the confusion and uncertainty of her missing father, a deployed soldier in the Marines Corps. Maria finds herself questioning why her father is absent for long periods of time. After Maria discovers the reason, her desire for her father’s presence is tested. Satirically, it is Maria’s courageous spirit that sets the tone for her father’s safe return. The character of Maria was loosely based on Ybarra’s childhood, although their stories have different outcomes.

A less than successful Kickstarter campaign, raised concern for Ybarra about how the military theme of the book would be received. After personally funding the publishing, Ybarra’s reservations were pacified as the book received an outpour of positive reviews from military as well as civilian families.

L. Manning described the book as, “A wonderful heartfelt story that I will admit made me cry, but in a good way. Whether you are military connected or not, it is still a great story that raises awareness of what children go through.”

Ybarra’s hope for the book is that it becomes a resource to educate individuals who interact with military connected children, to empathize with what they go through having an active duty, deployed parent. It appears as though Ybarra’s mission for “Maria Misses Her Hero,” has come to fruition.

The book and the author have garnered a substantial amount of media and public attention. Ybarra has done several public readings at libraries and schools across the Valley, and is available by request on the book’s website mariamissesherhero.com. The website also includes a link to donate to the Unsung Hero campaign which allows you to purchase the book which will be gifted to military-connected child across the country.