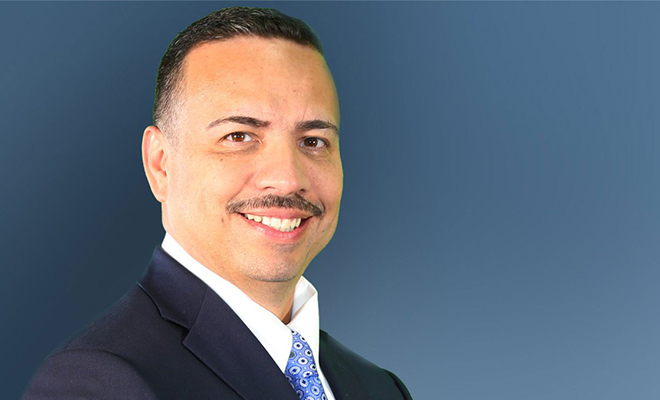 The City of Pharr has grown tremendously over the course of the past three years. Looking at this once small town, one can distinctly see the difference between the Pharr of the past and the new Pharr.

From dining and retail districts that attract locals, visitors, and individuals from other parts of the region, to a healthy and vibrant family-oriented atmosphere focused on city parks and roads, Pharr has come a long way. The man behind these changes is Mayor Ambrosio Hernandez, M.D.

Hernandez was born in Caldwell, Idaho, and moved to Pharr at the age of 2. He attended PSJA schools and went on to graduate from the then-University of Texas-Pan American.

After graduating college, Hernandez pursued his dream of being a medical doctor and attended the University of Michigan Medical School in Ann Arbor. A lifelong learner, Hernandez also received a master’s degree in medical science from the University of Texas Medical Branch in Galveston, Texas, where he completed his medical residency. For the past 14 years, he has been employed by Driscoll Children’s Hospital, where he serves as its pediatric surgeon and medical director. Hernandez is also the chief medical compliance officer at Doctors Hospital at Renaissance, and leads the charge in bariatric care in South Texas.

“I have been a surgeon since 1995 and it is one of the most meaningful acts of service that I can do for people because it can change lives for the better,” Hernandez said.

Hernandez moved back to Pharr in 2004 to open his practice and begin serving his beloved community.

In 2011, Hernandez had become concerned with the rising rate on his water bill and immediately began comparing the City of Pharr’s rate to neighboring cities’ charges. Noticing discrepancies, he began meeting with his local city officials and called on former Mayor Leo “Polo” Palacios to investigate the differences in cost. He came to the conclusion that there was something that he could do for the City of Pharr.

“As a busy surgeon and business owner, I immediately felt a call to action,” Hernandez said. “I thought, ‘if this rate is excessive for me, I can only imagine what other residents throughout the city are paying.’”

This inquiry into the exorbitant water rates sparked Hernandez’s passion for public service.

“At that time, I was very busy with my practice, but I knew that I could truly make a difference in Pharr if given the opportunity,” he said. “I discussed my aspirations for public office with former Mayor Palacios and said, ‘if and when you ever retire, please let me know because I would consider running for mayor.’”

A surgeon by trade, Hernandez has incorporated his skilled, patient, and decisive approach as the mayor of Pharr and has kept his word about moving Pharr forward.

“My goal is to take the burden off of our taxpayers and give back to them,” Hernandez said.

Hernandez and the city commission have taken several measures to improve the quality of life in Pharr. From expanding parks, to providing new family-friendly venues such as Topgolf, which recently announced Pharr as its 11th location in Texas, it has become a city attracting retail shoppers, entertainment seekers, and new residents.

Among Hernandez’s vision for Pharr is his commitment to invest in the city’s infrastructure. He was an advocate for improving the Interstate 2/ Interstate 69 interchange, which resulted in $150 million allocated by the Texas Department of Transportation for its expansion.

“Infrastructure is very important,” Hernandez said. “We invested $52 million for roads within the city and we are working to expand our Pharr International Bridge, which does $30 billion of international trade in the nation.”

After holding the office of mayor for over two years, it is clear that Hernandez is making the changes he envisioned.

“The tone that we set is very focal and on point; we take action quickly and that allows us to have an efficient process in place to make needed changes to the City of Pharr,” Hernandez said.

Although he is very proud of the progress he and the city commission has made, there is one thing at the core of what motivates him: his family.

“My wife, who I have been with since our junior year in high school, is my biggest motivation. She has always been steadfast and supportive,” Hernandez said. “Of all the things I am most proud of, it would be my 13-year-old son.”

Hernandez said family is what is most important to him and that at the end of the day, it is them that makes him a better person, leader, surgeon, and mayor.