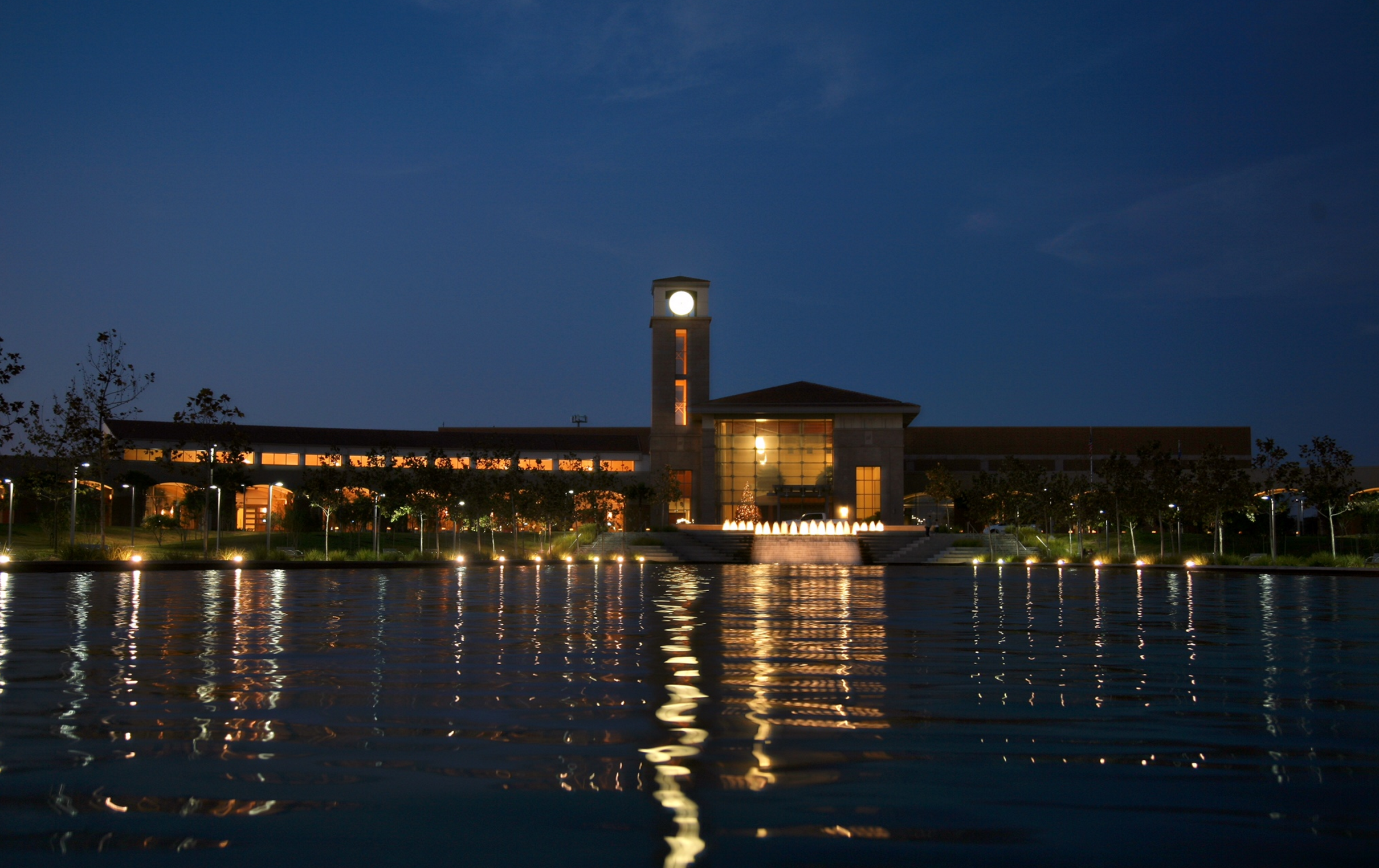 This past March the McAllen Convention Center’s 10th anniversary came and went without much fanfare. Folks there were just too busy to throw a party. But the complex’s impact and what it offers the community is huge.

Visitors to the Convention Center District see it as a mixture of large buildings, walkways, restaurants, and shopping opportunities, with a few hotels thrown in. But the beautiful 18.5-acre campus provides a huge focal point for the community and the area — for entertainment, business, education, and economic growth.

The Convention Center, designed to be mufti-purpose, features a 60,000-square-foot, column-free exhibit hall, a grand ballroom, two boardrooms, and up to 20 breakout rooms for meetings and smaller events. State and national conventions, concerts, board meetings, weddings, athletic competitions, and graduations are just some examples of what takes place there. Annual events such as PalmFest and the International CarFest always draw large crowds.

The surrounding campus incorporates other wonders. These include: 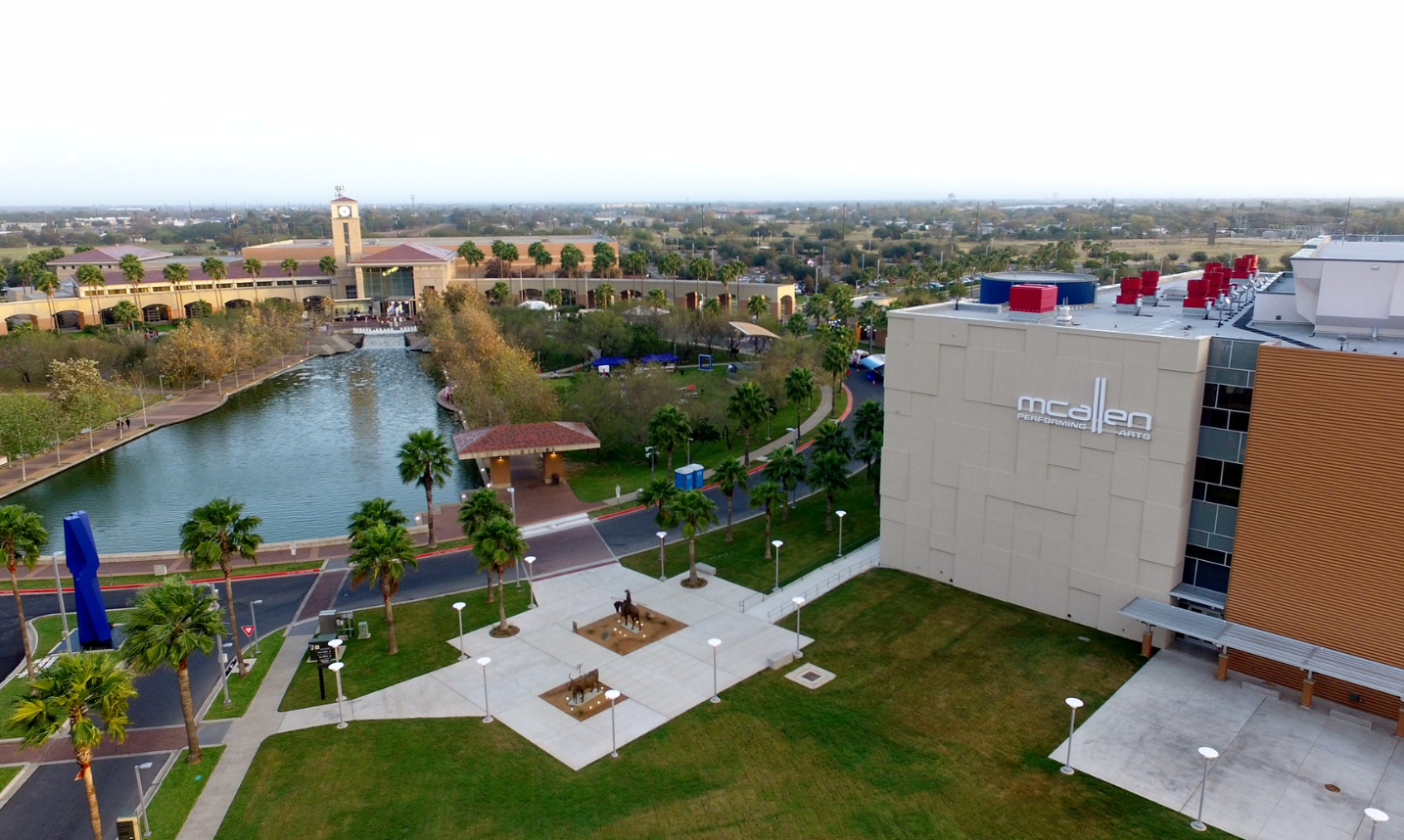 With over 450 events yearly, the Convention Center District averages over 400,000 attendees annually. So far this year, the Performing Arts Center has hosted over 70 events and more than 80,000 attendees.

The economics of the Convention Center are definitely eye-popping.

To break this down a bit, one group of 1,000 people staying two days brings in an estimated $340,000. This is generated through the “Hotel District” — which now features four on-site hotels (the Embassy Suites, La Quinta Inn and Suites, Homewood Suites, and the newly opened Home2Suites by Hilton) — the restaurants that abound throughout, and the Shopping District which, when complete, will boast over 600,000 square feet of retail and tempting dining venues throughout.

The Convention Center’s catch-phrase says it well: “Creating experiences and enhancing the quality of life in the Rio Grande Valley.”

“It’s not just an event place,” said Laurie Pulido, the Convention Center’s Marketing and Special Events supervisor. “We want people to take a look at the big picture.” 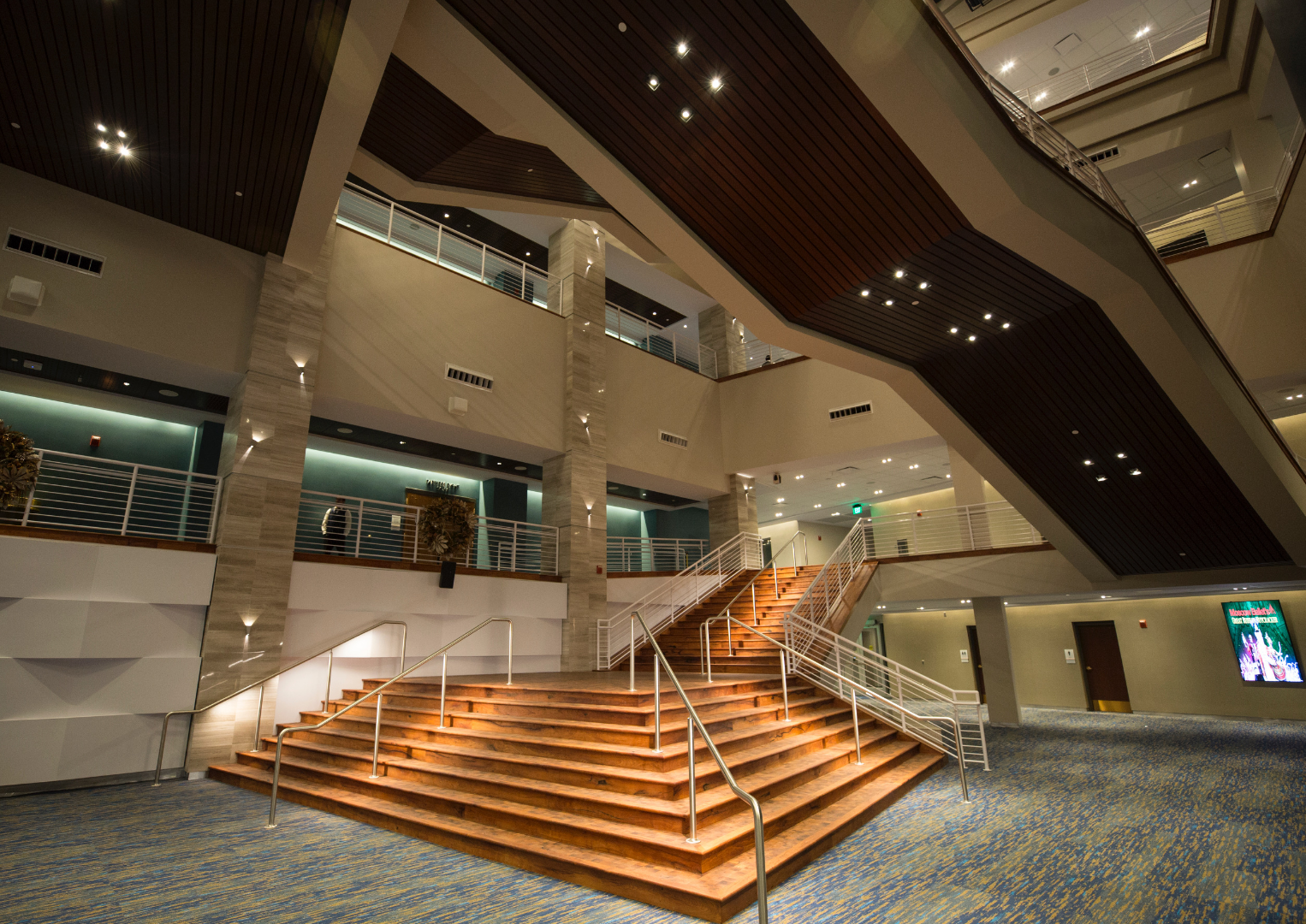 Eateries and quality retailers have sprung up in the surrounding area. And, said Pulido, the hotels now in place were the missing piece.

“We want to help people realize how great an area this is for the community. It’s a great place to bring the kids and walk around,” she said.

The Convention Center complex is attracting folks from all over, not just the locals.

“We’re attracting people from out of town,” Pulido said. “And the hotels they sleep in, the restaurants where they eat, the shopping they do while they’re here — it all (has) an impact on our economy.”

“The concerts, the performances, the events that draw people regionally. The expos and trade shows that draw vendors from out of town and the attendees. The benefits of that includes the extra revenue that comes through,” Pulido added. “It is such a huge part of the business model of McAllen. It’s all very exciting!”

Pulido has a message for Convention Center visitors.

“I want to thank the community for these 10 years of support,” she said. “Without local support, things (wouldn’t be) the same.”

Pulido encourages friends and families to get actively involved with events. There are some volunteer opportunities to participate in such as the year round volunteer “Ambassador of the Arts” program. You can find out more about this online at www.mcallenpac.net.

Most of all, though, Pulido and the rest of the folks at the Convention Center look forward to and appreciate the public’s continued support for the coming years. Economically and entertainment-wise, the community and the region will win big time.