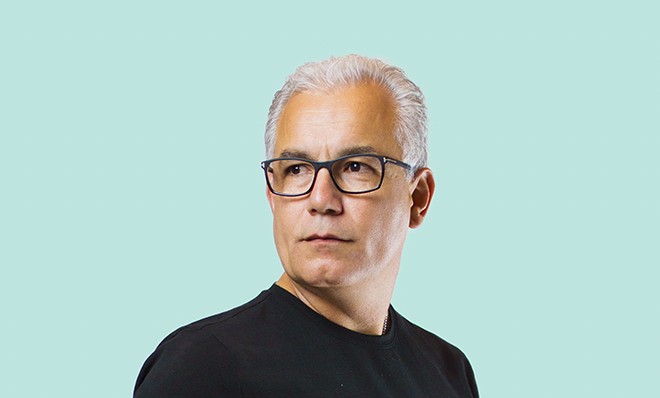 It’s crunch time at work, and you’re putting in that overtime again. Hours of desk time later, the project is finished but now your back is flooded with pain; your body is punishing you for neglecting your posture. According to Fortino Gonzalez of McAllen Physical Therapy, the tense upper back and neck region experienced on a daily basis by many office workers should not be accepted as a naturally occurring side effect of the job. “Stiffness is not normal. It is a prelude to pain,” he says. In fact, back and neck pain is enough to make over 65 million Americans visit a doctor every year, while countless more seek out “immediate relief” from a masseuse. Gonzalez says that while any kind of manipulation is helpful, some methods are more effective than others to deal with root causes of episodic back and neck pain. “You can rub on it and it will help, but let’s get to the source; the joint’s not moving right,” he says. When pain is due to years of misuse, what the body needs is a physical therapist.

Gonzalez explains that three factors are guaranteed to predispose you to back pain: prolonged sitting, repeated bending, and an inability to extend. While back and neck pain can become so serious that individuals will consider surgery, Gonzalez says most people can avoid getting to that point (and reverse some of their current damage) with stretches and movements. A more active lifestyle in general tends to help, but Gonzalez can teach specific, more effective movements that will help ease certain pain if carried out correctly. “Most issues I see have a directional preference; they tend to want to move in one direction but not the other,” says Gonzalez. “If you can’t move normally, you will have pain.”

Gonzalez helps his patients find the right movement to carry through to the end to help restore flexibility and proper function. “If we decide after I examine you that doing some particular movement like pushing your head back helps you move better,” says Gonzalez as he tucks his head back in a simple neck movement, “wouldn’t it make sense to teach you how to do it yourself so you can do it six times a day, instead of once in a while when you see me?”

It would make sense, but many people in pain do not know that Gonzalez can help them. Part of the answer to his patients’ questions of why they didn’t find him earlier is that Texas law requires a physician’s referral to see a PT. But according to Gonzalez, many other medical practitioners (dentists, chiropractors, podiatrists, and many more) can refer patients to him. He has also heard patients say they used to equate physical therapy to sports medicine or that they did not make their way to Gonzalez until a long list of alternative or conventional treatments was exhausted. They effectively wasted time and money – but worst of all, needlessly extended their suffering. When patients who have lived for years with pain are able to “fix it” in an average of six to eight visits with Gonzalez, he is time and time again convinced he’s in the right field of work.

Mr. Fortino Gonzalez says he was first interested in the way the body moves as a 16-year-old athlete looking for a competitive edge. “I was a very average runner but I loved it,” he remembers. At the time, he also happened to be working as a janitor at the hospital where his mom was a registered nurse. Among his duties was tidying the doctors’ lounge. It was there that he saw a Physicians and Sports Medicine Journal sitting on the coffee table, which he “borrowed” to read the articles about muscle injuries and performance. “My mom dragged me by the ear to return it,” Gonzalez says. “The doctors thought it was the funniest thing ever, but it was the beginning of the idea of movement for me.”

Some time after obtaining his undergraduate education and advancing from physical therapy school into the actual practice of physical therapy, Gonzalez was introduced to the McKenzie Method of Mechanical Diagnosis and Therapy. The McKenzie Method is an assessment process intended for all musculo-skeletal problems, including pain in the back, neck and extremities. It was so clearly effective that he soon pursued becoming a Certified McKenzie Method therapist. (Read more here.) “There are about 2,000 of us in the country,” says Gonzalez, “and to be a diplomat is the highest level of McKenzie training.”

Twenty eight years of clinical experience in orthopedic physical therapy later, Gonzalez has the rare distinction of being one of 12 physical therapists in the country to be an expert in both “camps” of physical therapy; he is a Fellow of the American Academy of Orthopedic Manual Physical Therapy as well as one of 150 Diplomats of the McKenzie Institute USA.

This level of training enables Gonzalez to teach others not just about where their pain is located and when it occurs, but most importantly how to do something about it. He is known for finding the problem, applying the solution, and explaining the relationship between their pain symptoms and their movement patterns to his patients so they can understand how to treat themselves. “The patient’s success is driven by me educating them about what they should be doing when I’m not around,” he explains. “I just want to be honest, get the job done, and be really good at it.” While he wants to treat everybody, his passion is not to have more clinics; as he says, “I’m not a businessman – I’m a physical therapist.” He simply hopes to lead more people to understand their control over their bodies.
Fortino Gonzalez’s patients leave the McAllen Physical Therapy office knowledgeable and able to carry out his individualized treatment at home, working towards a permanent solution to their pain while finding temporary relief without depending on a professional. He is thus able to satisfy his mission: to teach the South Texan population “to fish” so they can independently move forward. “The most valuable tool a therapist can use is education,” he says. “It’s all about self-empowerment so patients can take care of themselves.”