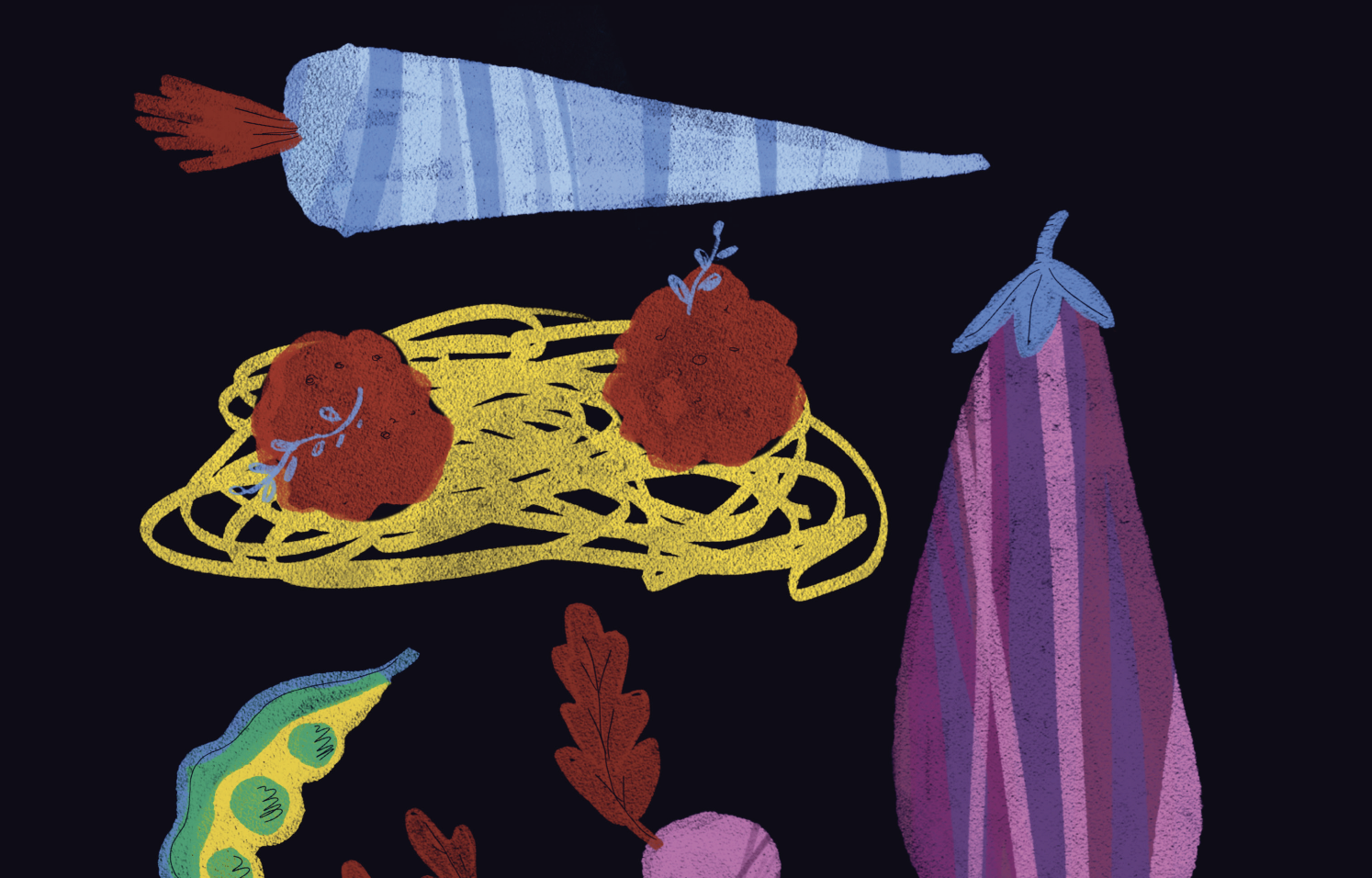 Vegetarianism and veganism are on the rise across the country as well as right here in the RGV. Though it is difficult to get an exact number, today, most estimates suggest that about 3.5 percent of the population in the U.S. follow a vegetarian or vegan diet, compared to only 1 percent in the 1970s. Over the past two decades, U.S. vegetarian food sales, which include dairy and meat replacements, have doubled and then quadrupled, now coming in at over $3 billion per year. The Valley has definitely caught on to this trend, with business owners observing a surge in requests for vegetarian and vegan options. With an increased interest in such foods, is following a vegetarian or vegan diet the best option for everyone? What are some of the pros and cons?

There are many reasons for choosing to follow or change to a vegetarian or vegan diet, including religious convictions, environmental concerns, or just a passion for animals that leads one to make the lifestyle change. Others may have particular health issues in which eating meat or dairy is not an option. Considering some of these reasons for the change, could these motives really account for such a dramatic increase in vegetarianism and veganism in recent years?

Jena Cuellar Harris, personal trainer and owner of StrongPoint Gym and Shake Express in McAllen, noted that in the past few years, she has observed a marked increase in requests for vegetarian items, and Shake Express has responded, offering plenty of vegetarian options as well as plant-based protein as an alternative to whey protein. Cuellar Harris, as well as nutritionist Ana Torres with Ana Karen Torres Online Nutrition, both noted that social media and video streaming services are a likely culprit for the notable rise. With so much access to information and the many popular heath-based documentaries available at our fingertips, whether true or not, the effect of this information overload has clearly had an impact.

As many are aware, vegetarianism is the practice of abstaining from the consumption of meat, whereas vegans also abstain from eating and/or using animal products. Some touted benefits are that this diet promotes high levels or fiber, folic acid, vitamins C and E and low consumption of saturated fats that can potentially reduce the risk of some chronic issues like heart disease. Vegetables should be an important part of our daily diet. However, when practicing either a vegetarian or vegan diet, there are potential risks associated. Especially for those who have not previously practiced healthy eating, when switching to a plant-based diet and increasing vegetable intake, they will almost immediately feel the benefits. Unfortunately, those who begin practicing vegetarianism without being informed about the body’s daily intake requirements run the risk of causing nutritional deficiencies that can nullify any possible benefits and potentially cause serious health issues, like anemia, blood disorders, or even irreversible neurological damage. These aren’t typical issues, but they should be taken seriously. Though initial benefits may be observed, some early signs of nutritional deficiencies include outward symptoms like brittle nails and hair loss. 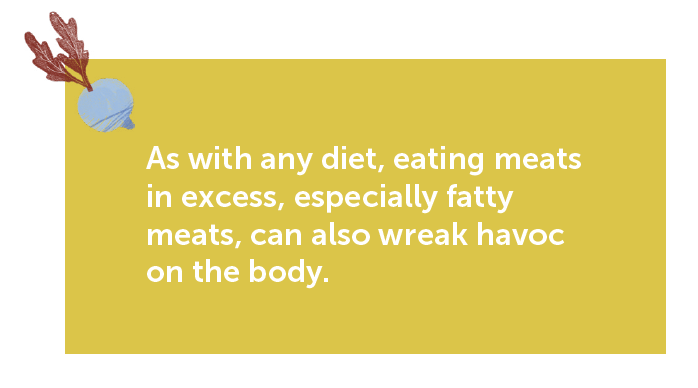 “If you want to be vegan or vegetarian you need a really good personal designed meal plan,” Torres said. She recommends getting help from a professional to find the best plan for you.

Being in the nutrition and fitness fields, both Torres and Cuellar Harris do recommend eating meat as a valuable source of protein and nutrients.

“I have my reservations about vegetarianism and veganism,” Cuellar Harris said. “I do respect those that have religious beliefs, convictions, or illnesses or any disorder. For those that don’t have any of those issues, I feel that meat should be a part of their diet.” Torres also expressed this sentiment and recommended incorporating lean meats like chicken breast as well as a variety of fish as a simple way to fulfill our bodies’ protein requirements. As with any diet, eating meats in excess, especially fatty meats, can also wreak havoc on the body. Some studies have concluded that eating too much red or processed meat causes concern for a higher risk of diabetes, heart disease, and even some cancers. Focusing on balance and moderation are key factors to a healthy diet, and incorporating fruits, vegetables, and plant-based foods like nuts and seeds, good fats like olive oil, and even dairy replacements like coconut or almond milk are also valuable additions to a healthy omnivorous diet.

Whether choosing to eat meat or follow a vegetarian or vegan diet, knowing your options, being informed, and making good choices is key to maintaining a healthy lifestyle. 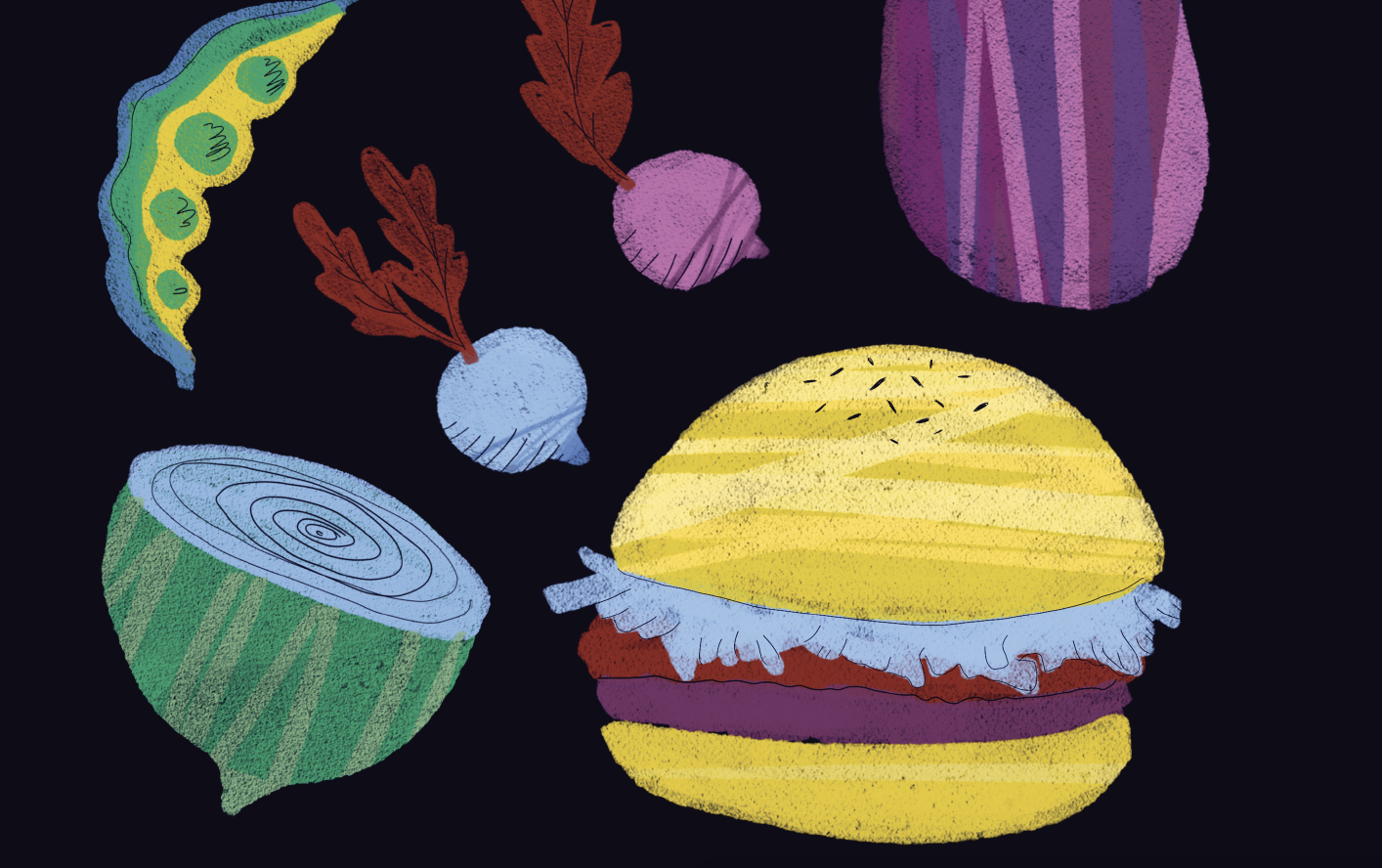