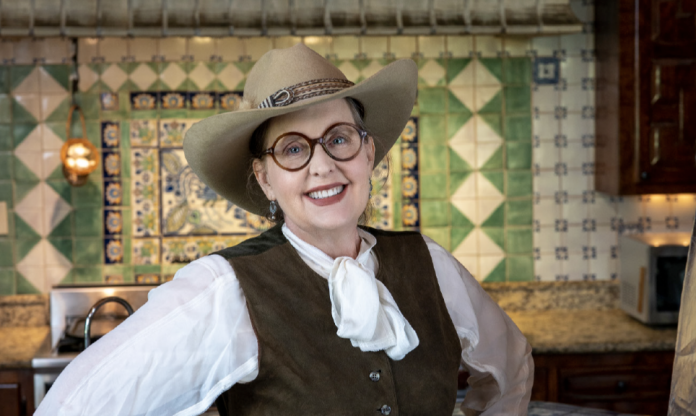 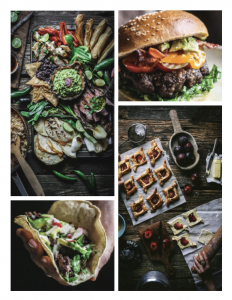 In 2017, Melissa Guerra closed her retail shop, Latin Kitchen Market, in San Antonio and hopped on a plane the next day to England to study photography from Aimee Twigger of Twigg Studios and Kimberly Espinel of The Little Plantation. Guerra’s goal was to recreate the dark and moody aesthetic from Twigger and Espinel and apply it to her up-and-coming food blog, Kitchen Wrangler. The inspiration behind Kitchen Wrangler’s aesthetic comes from Mexican painter, José Agustín Arrieta, mostly known for his still-life paintings depicting Mexican foods and dishes.

Now, four years later, Guerra continues to share recipes specializing in Texas, Mexican, and Latin-American cuisine. Guerra is no stranger to the food industry. She has been a culinary expert and food historian for nearly 20 years and is the author of two cookbooks, The Texas Provincial Kitchen (1997) and Dishes from the Wild Horse: Norteño Cuisine of South Texas (2006).

“Talking about the complexities in the beauty of being in the Rio Grande Valley and seeing this point where Latin American and North American cuisine are at the dovetail point here on the border,” Guerra said. “I cannot think of anything more inspiring, or more compelling, as an artist and writer to be able to explain that combination and extend the food history of the Americas, and understand the blend of indigenous cuisine and colonial influence.”

Born and raised in South Texas, Guerra began writing as a project of self-identity. In December 2020, Guerra graduated from the University of Texas at Rio Grande Valley with a Master of Fine Arts in Creative Writing. With most of her work showcased via social media, Guerra explained the MFA program aided her in creating stories and sharing them with the world to see.

“I think there are some people that look at colonialism or immigration patterns, and they find their identity there. But for me, it was food,” she said. “Getting down to the nitty-gritty of who exactly belongs in the Rio Grande Valley because we’re all from someplace else. And food is cool — let’s look at the most common food in the Valley, rice and beans. If rice is originally from China and then beans are from the Americas, what are they doing on the same plate? How are (rice and beans) the oldest and most traditional dish here in the Rio Grande Valley?”

The bi-culturalism of the RGV is something Guerra loves and tries to showcase the area’s diversity through the dark and mysterious tones of her photos.

“I think (the Valley) is somewhat similar to the cross-culture that you see between New Orleans and French culture. The Valley is its own amalgam of different cultures because we’re remote,” Guerra said. “Not a lot of people travel here. I think it makes us even more mysterious. People are like, ‘What? You speak mostly Spanish in the Valley?’ Like, yeah. It’s just the way it is. It’s just very unfamiliar to outsiders. So it’s cool to be that person that’s attempting to create that.”

Guerra shares weekly recipes and video podcasts across Kitchen Wrangler platforms, receiving the most engagement on foods such as desserts, guacamole, and botana platters — a dish that is “super Valley,” according to Guerra. As an eighth-generation Texan, Guerra said food writing is political and incorporates the realities of the RGV, such as immigration, in her food, photography, and writing.

“Keeping the Rio Grande Valley in social media and getting people to pay attention to my part of the country is like a responsibility,” she said. “I want to talk about food and politics. You know, if you love a place, you have to talk about it honestly. It’s about knowing how to choose the right words so that you can inspire somebody to get involved and to be more interested.”

Growing up on a ranch in Hidalgo County, a major part of Guerra’s childhood was collecting broken shreds of English dinnerware found using a metal detector. Some would not think twice about the hidden relics, but Guerra found herself digging deeper into the colonialism of the Valley with the stay-at-home order from the pandemic. 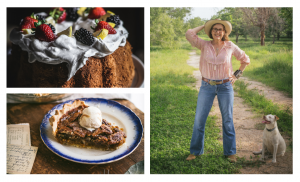 In 2020, Guerra wrote an article for Texas Monthly discussing the fragments. According to the article, English china indicates the rise of consumer culture in 1800s Texas. Despite South Texas producing pottery, transporting these ceramics to South Texas became more efficient — and thus more affordable. Guerra explained hunting and collecting the fragments have brought her closer to female predecessors of the Valley.

“None of (women’s history) was really written down. Nobody really thought it was all that interesting or worth recording. That’s one of the reasons I got into cuisine, because it’s more of a women’s history of the Rio Grande Valley,” she said. “I love getting these old cookbooks that were created in church groups. Women would put these cookbooks together for fundraisers, and you see what women’s perspectives were, and how they acted in their normal day, and how things have changed tremendously. They had a very separate society, compared to men.”

Two women Guerra holds great memories of are her grandmothers. Cooking with her grandmothers was one of her favorite experiences growing up and putting together traditional Tex-Mex dinners or cakes and cookies.

“Back in those days, people didn’t go get hamburgers and pizza. They cooked at home. And we cooked three meals a day,” she said. “I still live out in the ranchlands, and we cook three meals a day. We don’t go out. There’s no delivery. We never have ice cream. We just cook. And it’s really fun to just prepare all your meals all day.”