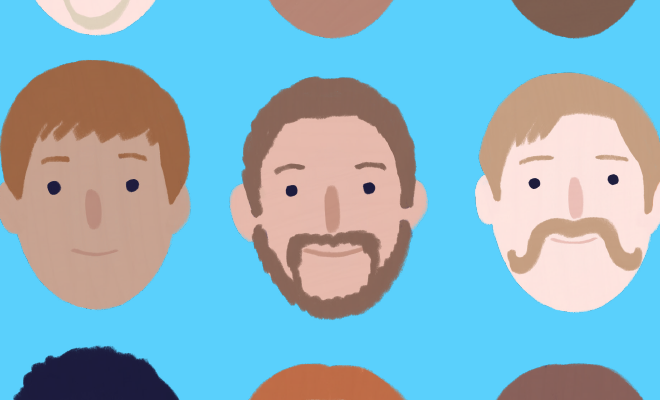 Every November some men show off untamed facial hair or long handlebars for a good cause.

The tradition of leaving the razor in the cabinet is not brand new, but since the late 2000s two organizations — No-Shave November and Movember — have used this month to raise money for cancer and men’s health, respectively.

If you see a big mustache, let it be a reminder to speak openly about men’s health and screenings. Doctors agree the best path to wellness is prevention and early detection.

Urology physician Dr. Stylianos Sideris of Doctors Hospital at Renaissance says that early detection could give the patient more choices.

He spoke about the warning signs and common occurrences of prostate cancer, which has 3 million cases in the U.S. per year.

“It’s important to be proactive because there’s a lot of things that, if caught at the beginning, there are many more treatment options. One of those, for example, is prostate cancer,” Sideris said. “A lot of times you can have no symptoms whatsoever and the only indication you have prostate cancer is a rise in the prostate levels. Especially if you have a history of cancer in your family, take a blood test. An early symptom might be having trouble urinating or blood in urine.”

Sideris also addressed the stigmas behind men’s and adult health.

“No one wants to be told they’re becoming more mature or older,” he said. “There’s a stigma that no one wants to think about things not working as well as before. And of course there’s the notion that we’re guys — we’re tough and nothing bad can happen to us.”

Men’s health is no laughing matter. When serious illness and death are preventable, catching issues early goes a long way.

Recommendations like getting a colonoscopy are often the butt of jokes, but should be taken seriously. Colon cancer takes the lives of 50,000 Americans per year.

In the Valley, culture is different. Sideris said that learning Spanish helped patients open up in his offices, which leads to candid discussion about health.

“Some of the stigma also comes from stories from relatives when they might have gotten surgeries or treatments in the ’70s and ’80s and our procedures are a lot less invasive these days, especially when caught early,” he said. “What can be done to promote health is talk about it, pass the information along.”

In the RGV, a different set of challenges are at play, including not always being aware of specialized doctors in this area.

“There are many unique things about the Valley. We are a border region and those tend to be areas where people can be distrustful of a lot of things, including physicians,” Sideris said. “I’m not Hispanic, but what I saw is when I learned Spanish and I was able to speak to my patients and communicate in Spanish, it opened up so much more.”

He also said a lot of older patients might not be used to having specialists in the Rio Grande Valley, when decades ago these issues would have needed a trip to San Antonio or farther.

Sideris added that Latino culture can put men into the mindframe to hide or ignore aliments, but modern times should give good reason to be more conscious of health.

“The machismo culture does exist and it’s nothing bad to be tough or to be macho, but at the same time, all of us — especially in the times of COVID — we need to recognize it’s good to reach out or seek help whenever we feel we need to.” he said.

As health care becomes more robust in the area, including a medical school to serve all four counties, the hope is that this area becomes healthier by many metrics.

Health care doesn’t just mean treatment after getting sick or getting hurt. It also means education, prevention, and service to a community to live better lives.

So thank someone with a big beard or big mustache in November. They’re doing their part to put health at the forefront of the conversation.

How do you participate in raising awareness for male wellness? #JoinTheConversation at facebook.com/rgvisionmagazine.