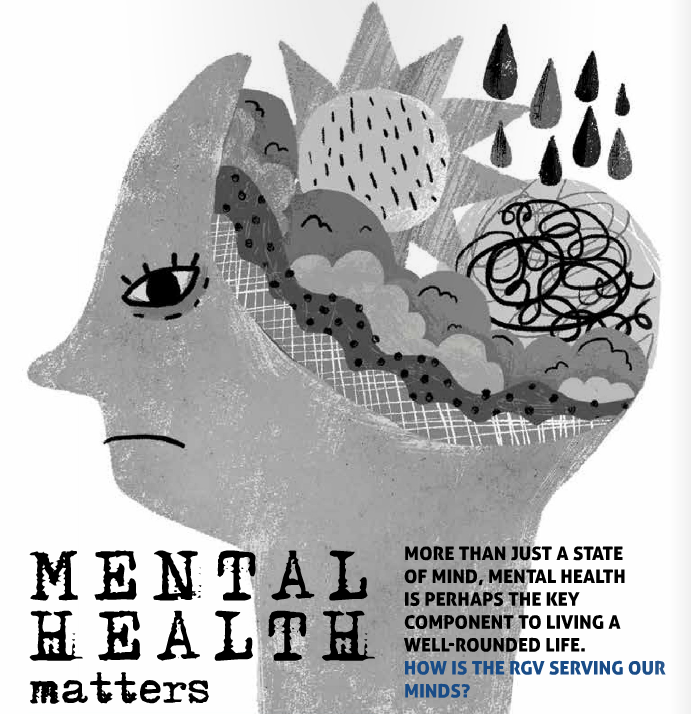 The World Health Organization defines mental health as “a state of well-being in which an individual realizes his or her own abilities, can cope with the normal stress of life, can work productively,  and is able to make a contribution to his or her community.”

That’s how most of us probably see ourselves moving through our daily existence as we relate to others at home, in the workplace, or out in the community. It sounds rather simple but as society becomes more complex, it turns out to be an elusive goal for growing numbers in all age groups. 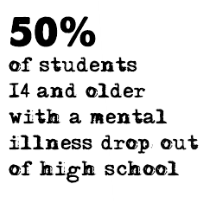 The average American has an almost one in two chance of developing a mental health disorder during their lifetime, according to the WHO.

“Multiple social, psychological, and biological factors determine the level of mental health of a person at any point of time,” the WHO reports.  “For example, persistent socio-economic pressures are recognized risks to mental health for individuals and communities.”

The Rio Grande Valley has a long history of struggling with socio-economic pressures like poverty, low levels of education and high unemployment, all of which combine with other factors like discrimination and unhealthy lifestyles to create an environment of high risk for mental health problems.

With approximately 1.3 million people living in the Valley, the region is served by only 34 practicing psychiatrists, with about half of those working at institutions, according to the University of Texas Rio Grande Valley. Six of the Valley psychiatrists treat juvenile patients, but only one of those treats youth full time.

While reliable local statistics are hard to come by, national trends portend a frightening indicator of problems down the road, since half of all chronic mental illness begins by age 14 and three-quarters by age 24, according to the National Alliance on Mental Illness.

Moreover, a growing number of young lives are being cut short as a result of mental problems. In the United States, suicide is the third leading cause of death for individuals in the 10 to 24 age range, with 90 percent of those cases attributable at least in part to an underlying mental illness, NAMI statistics show. 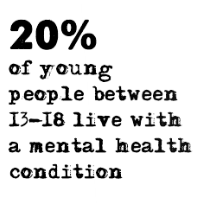 All the while the number of psychiatrists and psychologists has not kept up with the growth of the general population, leaving many communities, including those in Deep South Texas, underserved.

But that could be about to change in coming years. In May, which was Mental Health Awareness Month, UTRGV announced that its School of Medicine received accreditation from the Accreditation Council for Graduate Medical Education to offer a medical residency program in psychiatry.

Starting in July 2017 the four-year program will take in six residents a year, who will be based at the Regional Academic Health Center in Harlingen and practice at various hospitals and mental health-care providers around the Valley.

According to Dr. Francisco Fernandez, inaugural dean of the UTRGV School of Medicine, the residency program is largely intended to help meet the needs of the Valley’s growing community, which is greatly underserved in psychiatric care.

“We are committed to providing unsurpassed training opportunities for our students, residents, and professionals seeking graduate medical education,” he said. “This will allow us to training community-minded psychiatrists committed to serving the Valley and improving the lives and well-being of its residents.”

The program will be a multi-institutional, community-based initiative that emphasizes prevention, early intervention, development, and the education of residents in a variety of interventions, according to Dr. Arden Dingle, UTRGV School of Medicine clinical professor of psychiatry and neurology and director of the new residency program. 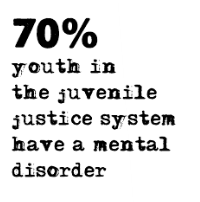 “We are going to be teaching them a broad spectrum of treatments with a lot of opportunities for people to choose specialized experiences, work in the community, and do research,” she said. “The program is trying to utilize the strengths of the Valley and help develop services and resources in the area.”

Rapid social change is often cited by mental health professionals as a factor in the development of mental disorders. As society becomes more complex many people have difficulty coping and adapting, and young people are often the most vulnerable.

Even as more psychiatrists are trained in South Texas, community-based efforts to raise public awareness of mental health issues and promote the importance of seeking help are of utmost importance, particularly when it involves the mental well-being of young people.

And on the front lines of the battle, parents who stay involved with their children’s lives are in the best position to spot warning signs of mental problems and take action to intervene by seeking help from a family doctor or mental health specialist.