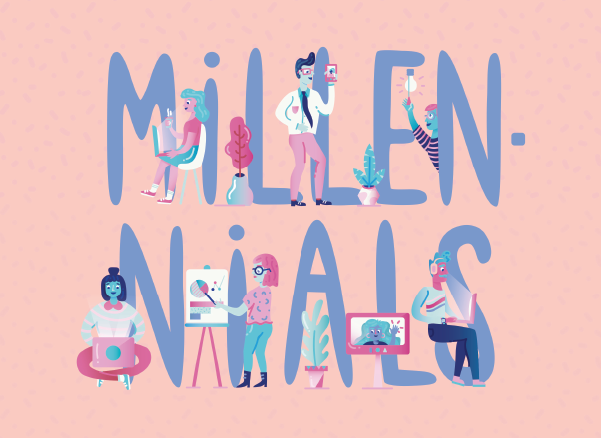 Call them Generation Y or Millennials, young professionals born between the late 1970s and the mid-1990s are different than any age group before.

They grew up in the time of 9/11, terrorist attacks, school shootings, the 2004 Southeast Asian tsunami, Hurricane Katrina, the Recession, and the fall of Enron. For them, it is Netflix and Hulu versus watching cable and creating playlists instead of buying CDs.

Possibly the most educated generation in history, millennials score high on IQ tests, along with traits such as extroversion, self-esteem, high expectations, and assertiveness. They are changing the way things are done — in the workplace, in colleges, even down to the type of dictionaries created.

Rene Capistran, CEO of Noble Texas Builders, says he had to educate himself about the generational gap, particularly regarding millennials.

By the year 2025, millennials will comprise 75 percent of the workforce. And by 2050, they’ll number approximately 80 million.

“This is going to be the majority,” Capistran said.

The impact of millennials is rippling out in many unexpected ways, said Bill Stocker, owner of Palace Cleaners in McAllen.

It’s easy to buy into the perception that millennials don’t know proper work etiquette, are perpetually late, and want a lot for little effort. Although some do fit that picture, these 25 to 40-somethings, who are technologically savvy in a wired, connected world, are wired differently. And business owners need to change the way they relate to and manage them.

Optimistic, team oriented and often confident to the point of borderline entitlement, millennials bring a new perspective to the workplace. They’re up front with their expectations — sometimes outrageously so — yet embrace challenges, particularly if they see a way they’ll benefit from it.

Baby boomers generally sought steady jobs offering more responsibility as they climbed the company ladder. Millennials seek shared responsibility, preferring to be part of a team making group decisions. For some, time management and attention to details such as typos on resumes and cover letters may not be their forte.

Millennials bring some big differences to the table. They’ll always ask why, challenging things others may take as givens.

“They want someone who’ll explain every step of a process,” Capistran said.

And they want things up front.

According to Forbes Magazine, 56 percent of millennials say a quality benefits package influences their choice of employers while 63 percent say benefits are an important reason in staying with an employer. 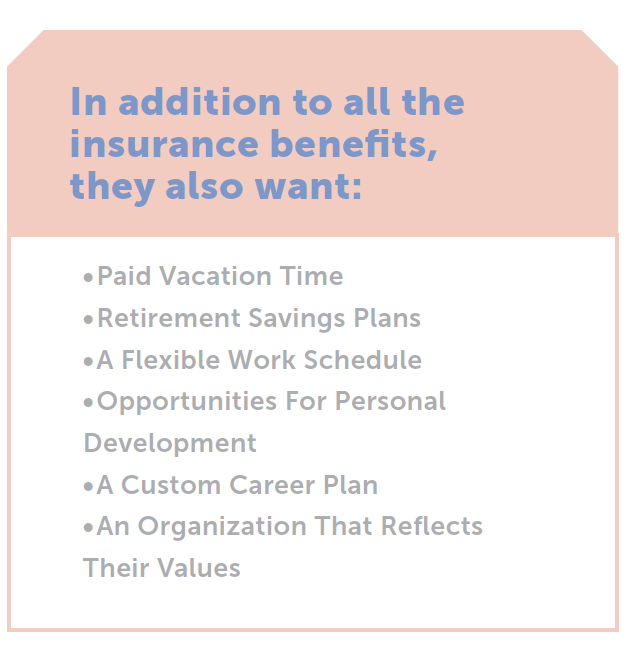 Capistran says when they’re hired, the first thing they ask is if they’ll get performance reviews, and how often.Regular feedback is vital to millennials. So, too, is having direct access to company leadership, says Capistran. “They want to know there’s an open door policy,” he said.Unlike baby boomers, a Gen Y’s loyalty is to the boss, not the company.“They’re looking for a mentor or a coach,” Capistran said.Capistran and other CEOs are also finding that a millennial’s average tenure runs no more than three years.“They believe in going from company to company,” Capistran said. “They think it will provide them with different experiences, that they’ll be more valuable, (that they’ll) have a more diverse background.”

Brian Godinez, a partner at ERO Architects, says millennials are the backbone in their office.

His company has to meet strict project deadlines and expects employees to often work 40- to 50-hour timeframes.

“If they can’t perform, can’t meet deadlines, or don’t have the skill set where they can keep up, they (are) replaced or eliminated,” he said.

But, says Godinez, the company must lead by example.

His company tries to give employees salaries that are as competitive as possible, and create a culture they can be part of, be proud of. They encourage employee problem solving and being involved in a quality caliber of building.

Millennials excel at technology. Eighty percent sleep with their cellphone next to the bed. And they communicate best digitally, through social networking. Face-to-face skills may not be their strong suit.

But they’re often strong innovators. Technology has to be a big part of your company if you want millennials to stick around.

“This is the best team of the past 20 years,” Godinez said, referring to the company’s 25 millennials, the latest technology, and a modern office environment. “It’s incumbent on owners with a large staff of millennials that you take some responsibility, take their viewpoint.”

“Millennials bring a new perception of what work life in the office should be,” Capistran said. “We have to face it (and) understand what (their) needs are.”