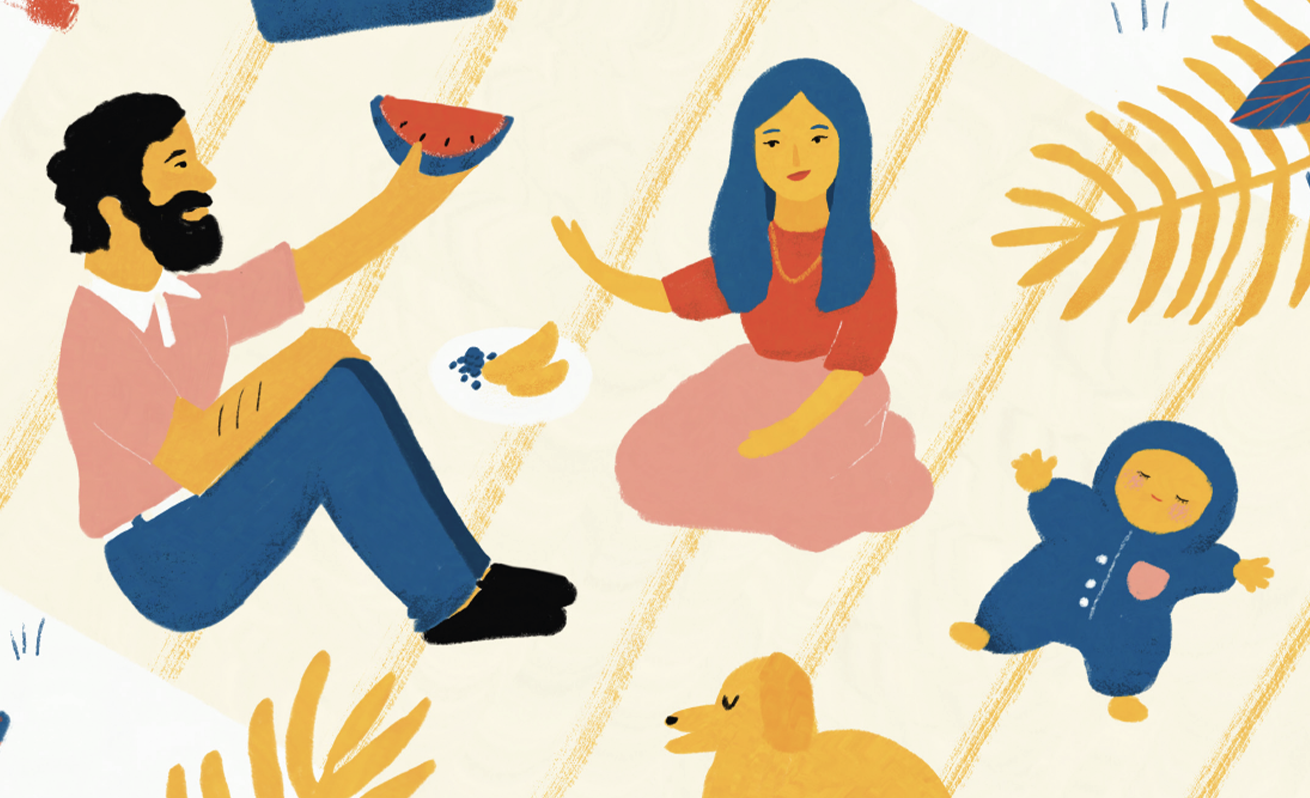 Most people know the idiom “he’d give you the shirt off his back,” but Cathy Fonseca’s father embodied it — literally.

“I’ve actually seen him do that more than one time,” she said. “I’ve seen him take off a brand new coat he’d just gotten for Christmas a few days earlier and give it to some man on the side of the street that he’d stopped to talk to with all of us in the car.”

Her parents met on Fonseca’s father’s family ranch in Pharr. Her mother’s horse got away from her, and her father ran it down — “her knight in shining armor,” Fonseca said, laughing. They married and lived in an adobe house with dirt floors and had neither electricity nor running water until Fonseca was about 1 1/2 years old. That was when, they moved to Ohio — where Fonseca’s mother’s family was from. 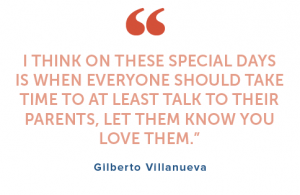 The transition from the Valley to their new home was hard on everyone. Fonseca and her two siblings were the only Hispanic students in their school, and it was Fonseca, the middle child, who would deal with her brother and sister’s bullies. Her father told her to take care of her siblings.

“I never started a fight, but I finished every one of them,” she said. “I was always in the principal’s office.”

Looking out for others was just one lesson Fonseca’s father instilled in all three of his children.

“We would give somebody if they needed something and that was all because of him,” she said. “Growing up, he didn’t have much, and he wanted us to have everything, but he didn’t spoil us. He always kept us grounded.”

Rebeca Femat Velasco’s father gave his children a lasting gift: a love for music and culture.

“My dad was instrumental in teaching us about classical music, flamingo music,” said Femat Velasco, the box office manager for Valley Symphony Orchestra. “He would play records and we would listen while he was reading the paper.”

Her father was also the most adventuresome of his six siblings, taking his kids deep into Mexico to experience and learn. 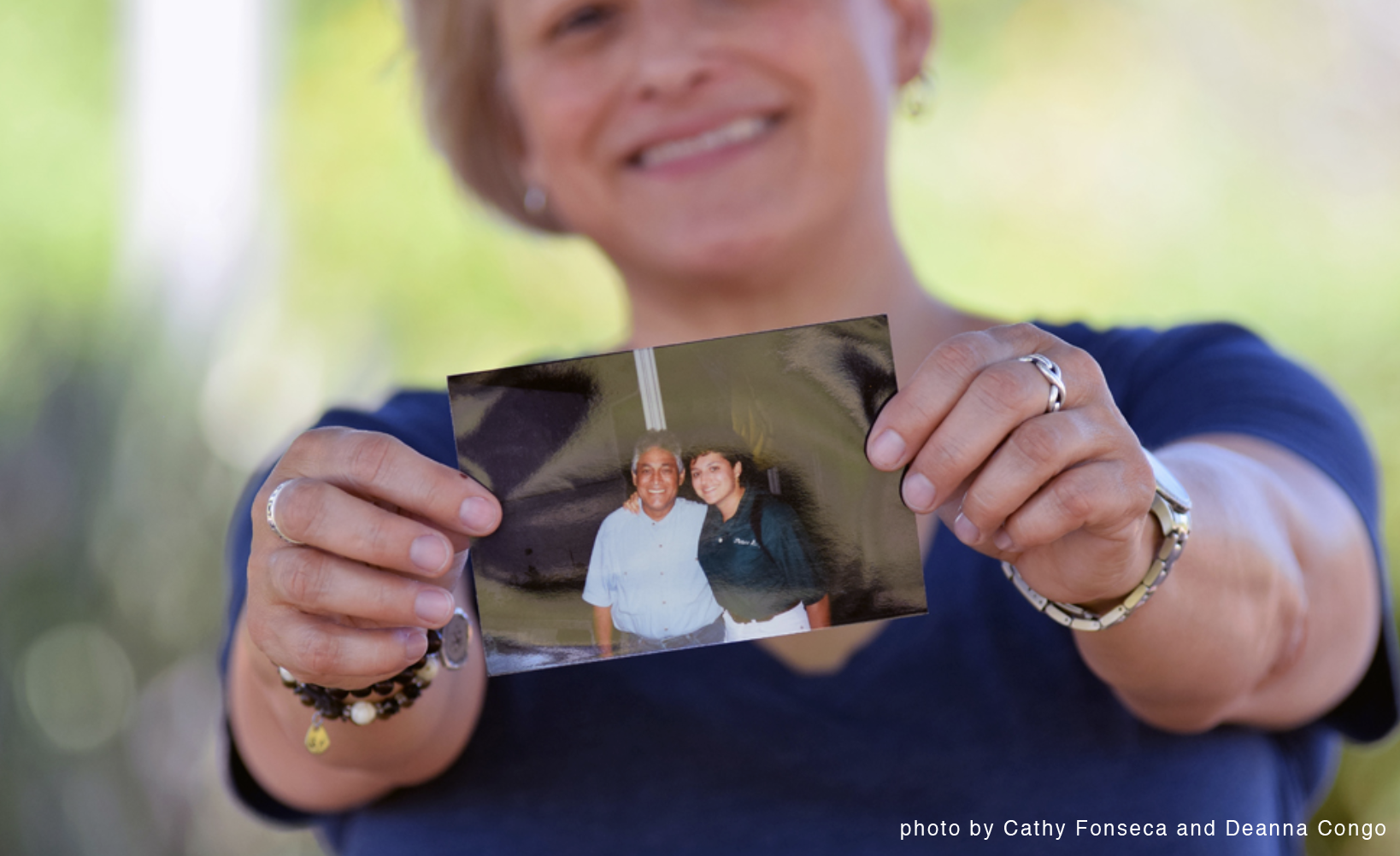 “We know basically all about the different states in Mexico because he taught us the history and traditions of each state as we went,” she said. “All the states were totally different in their food and music. We visited a lot of churches and saw a lot paintings and learned their history, also. I would always take a little notepad and those times stuck with us. It was inspiring and I’m grateful he shared that with us.”

Fonseca also learned everything from archery and football to how to change the brakes and fluids on a vehicle from her father.

“My dad could do just about everything, in my opinion,” she said. “He was the jack-of-all-trades and the master of none, so to speak. He knew a little bit about everything. Anything I would have issues with or talk to him about he knew something about it. I was like, wow, for growing up on a ranch with a dirt floor, no running water, no electricity, he’s got smarts.”

Eddie Borrego, a multimedia sales executive at Gatehouse Media, learned his strong work ethic from his mom, Victoria Cantu, who raised her two children by herself.

“Watching my mom work three jobs made me understand responsibility pretty early,” he said. “What I really learned from her is hard work — what it takes — and to realize I do not want my kids to be in that scenario. I learned so much from her. She’s a very smart lady and started her own notary business a couple of years ago.”

Fonseca’s father worked hard, too, taking shifts at two or three jobs at a time to provide for his family.

“And it’s not like we ever went without,” she remembered. “We weren’t poor. He made sure of that. He always made sure we had what we needed and if that meant he had to work an extra shift or another part-time job, he would. He was working at the meat market, he was working with a friend of his that was a mechanic, and then he would work with another friend of his that did construction.”

Even with all of his work commitments and responsibilities, Fonseca’s father still tried to support her during extracurricular activities.

“I remember one day we were playing basketball. The coach just pulled me out, we were in a timeout, and one of my friends goes, ‘hey, look, your dad’s here’ — which he never, ever made a game,” Fonseca said. “So the coach looked and he goes, ‘OK, you’re going back in so your dad could see you.’ I don’t know how long I played until I got a chance to look up, but he was gone. I don’t know how long he got to watch me, but he got to watch me, and that just meant the world to me. I knew it was in between shifts — he still had to go home and eat, take a nap, and go to the next shift or the next job.”

Gilberto Villanueva, the owner of Team Tiger Martial Arts, remembers his mother for her kindness — and for the time she spent with him.

“My mother had a love and passion for every single person,” Villanueva said. “She always told me, ‘When you first meet someone, give them an opportunity because you don’t know what kind of day they’ve had or what they’ve lived through. It’s also better to have a friend than to have an enemy.’”

Villanueva’s mother died at 48, though the impact she had on her son still resonates.

“I don’t know anyone who met her that didn’t care for her,” he said. “They felt the love that emanated from her and the kindness she felt toward everyone.”

The youngest of three siblings, Villanueva cherished his time with her while shopping, sharing a shake at Kip’s Big Boy, and watching holiday movies.

“My mother made me who I am today. She gave me a lot of life lessons and I’ve tried to follow them as best as possible,” he said. “I think on these special days is when everyone should take time to at least talk to their parents, let them know you love them. Personally, I think parents would enjoy having their children with them more than presents. Having that exclusive contact — that’s what makes these days meaningful.”

Fonseca understood the importance of being physically present in her father’s life when he had a heart attack that required a triple bypass. She was in the Rio Grande Valley running her school photography business when she got the call that he’d had surgery. She rushed up to Ohio to be by his side. He recovered, but for five years in a row, he became ill around the same time each year — eventually diagnosed with congestive heart failure. By that time, he was divorced, and only had a few family members and friends in Ohio.

“The last time, in 2014, when this happened, I dropped everything,” she said. “I stayed up there for three months and I just said, ‘I’m not leaving without you this time. I’m taking you home with me. That’s it.’”

Fonseca shook off her father’s concerns that his presence would affect her job. She packed up everything that would fit — her father included — in her rental car and drove south. She found him Valley doctors and arranged for hospice workers to check on him while she was working.

“We just continued to bond through all this because I was his only child who could afford to drop everything and go be by his side as long as he needed — which meant a lot to me because he worked two or three jobs at a time when we were growing up,” Fonseca said. “I was fortunate enough to have the opportunity to drop my life and go be there for him and show him how important he was to me because he was everything. He represented everything I wanted to be — everyone loved him, he knew how to do everything, he was kind to people, people wanted to be around him, and I wanted to be like him.

“And lo and behold, everybody says I am just like him. That’s a blessing because I admired him so much just because he had such a big heart and was so giving.”

“One of the things he taught me was sometimes, what you do for other people is more important than what you do for yourself,” Fonseca said. “His life, to me, demonstrated that.”

That’s why Fonseca uses Father’s Day — and other days, too — to volunteer her time to help people in honor and remembrance of her father. She participates in groups that feed and clothe the homeless, visits patients in the hospital, helps single parents, and more.

“Father’s Day is not what it used to be, but I always reach out to somebody to let them how much I care about them,” she said. “I’m sure he would be proud.”