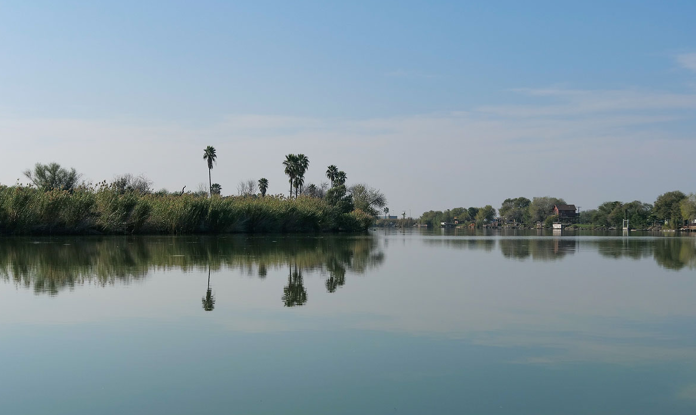 The Rio Grande River has been a nexus of a rich and diverse history of culture, politics, and trade. From its original human uses as a provider of water and fertile land suited for agriculture, its roles have diversified as the communities alongside it developed & evolved. The river, which starts in Colorado and flows all the way down to the Gulf of Mexico in Brownsville, Texas, is nowadays best known as one of the key delineators of the U.S.-Mexico border. Yet, in daily life & commerce, its bridges are what unites North America. To fully appreciate the river’s current role and how it evolved, it pays to take a look at its past, at the origin of the river’s name. While many in the United States & beyond know the river as the Rio Grande River, others call it by its original name: Rio Bravo.

How did these two different names come about? The answer to that question lies a few hundred years ago. Back in 1582, a Spanish explorer, Juan de Oñate, established the first European settlement along the upper Rio Grande in what is now New Mexico. He initially called the river “Rio Bravo del Norte,” or “Brave River of the North” in English. He chose the name Rio Bravo because, at the time, the river was fraught with strong currents and deep waters and flowed rapidly. At another milestone in history, the U.S.-Mexican War (and subsequently the Treaty of Guadalupe-Hidalgo) established a significant portion of the river as the official border between the U.S and Mexico. Many people, especially in Mexico, still refer to the river as Rio Bravo, whereas those on the U.S. side refer to the river as the Rio Grande, which translates to “Big River,” primarily due to the same reasons Juan de Oñate chose the name Rio Bravo.

While over the past century the river’s magnificence has ebbed significantly due to the construction of dams to support the expansion of agriculture as well as flood control, making it a much tamer version of its former self, the river’s significance has grown. The river is so much more than a border, it is the coronary artery of the communities along is bank, and even communities far beyond them. It is the source of water, a recreation destination, the intersection of cultures, and the pathway of trade for tens of millions of people. With a history & significance that runs as long and as deep as the river itself, the Rio Grande River not only impacts its riverbanks but the world at large.

COSTEP is an organization that continually strives to improve how people view the Rio South Texas region and highlight the economic, political, and social significance of the area and its people. You can learn more by visiting www.costep.org or their social media accounts: LinkedIn, Facebook, and Twitter.