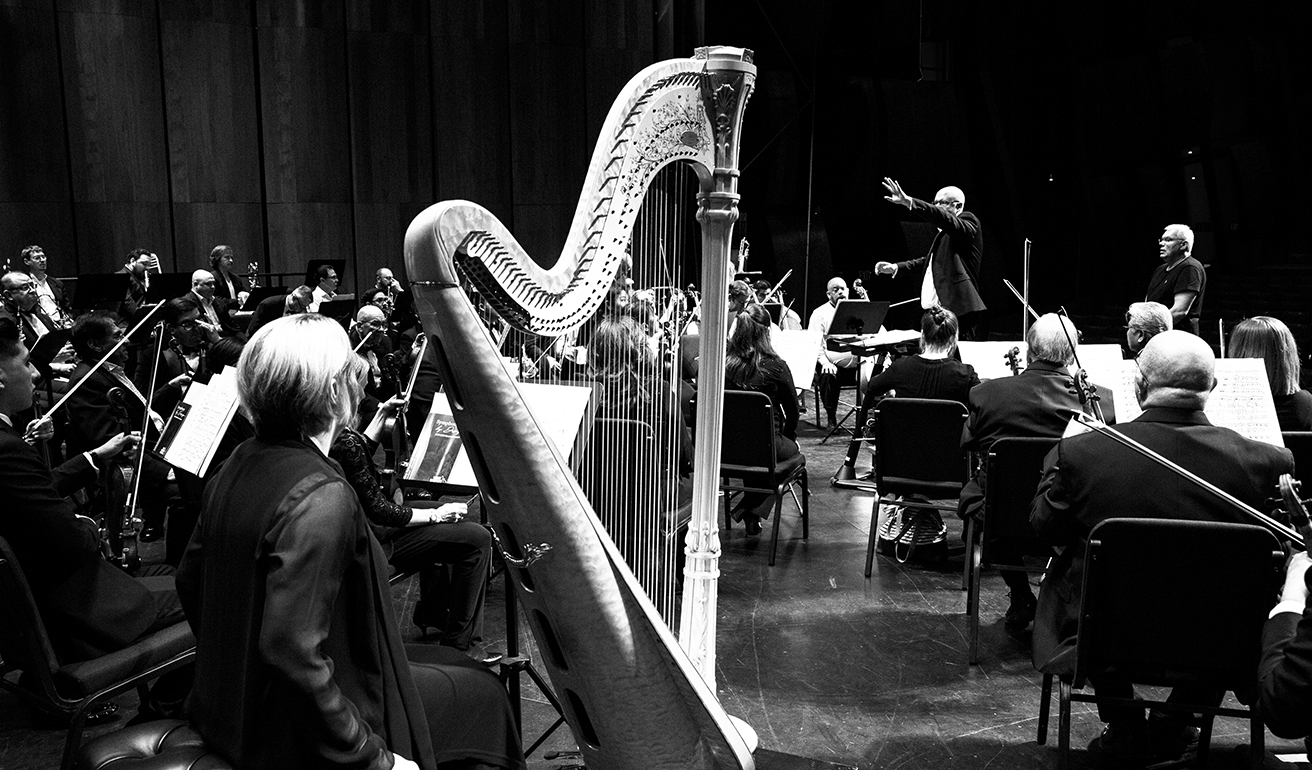 The Rio Grande Valley, rich in Hispanic culture, is a mecca for the arts. Take a stroll around some of its oldest cities’ downtown areas and you are sure to find evidence of food, art, and music. While many of these influences come from Latin roots, there are some art forms from other parts of the globe that have stood the test of time.

The Valley Symphony Orchestra was first established in 1952 by a group of volunteer musicians from the formerly named University of Texas-Pan American. It was the first orchestra of its kind for the RGV region. At the time, symphony performances were geared more toward metropolitan areas and bigger cities. Current music director and conductor for the VSO Maestro Peter Dabrowski, who is originally from Warsaw, Poland, joined nearly two decades ago in 2001 and has had a major role in shaping the orchestra into what it is today.

Jonathan Vasquez, marketing and development coordinator as well as a violinist for the VSO, says he has seen major growth in the last few years under Dabrowski’s leadership.

“Through [Dabrowski’s] programming and through his presence in the community, I think the VSO has seen the largest growth since its inception,” Vasquez said. “I think really it’s been in these last five years the orchestra has picked up tremendously from when we would play at the old civic auditorium that no longer exists to now playing at the larger venue, right now really is the time for record growth and expansion. So it’s an exciting time — it really is.”

Now, the VSO has grown into an over 90 musician orchestra and over 100 volunteer members of the Valley Symphony Chorale. These musicians and chorale members are multifaceted in their skills and talents; many hold professions as educators, medical physicians, college professors, and fine arts directors when not performing with the orchestra.

Kristen Gerhard, a violinist for the VSO, is beginning her sixth season with the orchestra this fall.

“It’s been a lot of fun,” Gerhard said of her experience with the VSO. “Maestro Dabrowski is organized. He knows precisely what he’s going to work on in rehearsals. I like the music that he picks. And we have a lot of fun in rehearsal and performance.”

Gerhard said one of her most memorable moments playing with the VSO was during rehearsal. 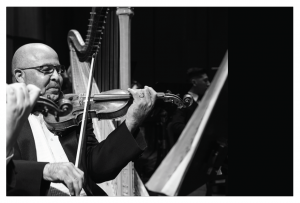 “I enjoy the sausage-making of music,” Gerhard said. “We had just begun rehearsing in the new UTRGV practice halls. It’s beautiful and the acoustics are really nice. Our very first rehearsal there, at eight o’ clock on the nose … the lights went out! Automatically. We were suddenly in the dark and we were playing a piece of music we’d never played before. And the orchestra kept playing in the dark! It was a lot of fun.”

The VSO holds various performances and events for the public. Their symphonic season, concerts for the general public, runs from September through May, with five total concerts. The orchestra also performs the Chamber Concert Series, which showcases internationally renowned artists, as well as the Children’s Education Concerts, which students enjoy on field trips. These performances began in 2000 and were created to expose and educate RGV children to the arts, cultural diversity, and music education.

The VSO can also be hired to perform at private events, but must be requested in writing eight to 12 months in advance. Interested parties can find the email request form on the “contact” tab of valleyorchestra.org.

This symphonic season’s title is Symphony by Design.

“One of the things that that title means to Dr. Dabrowski is that he designs these programs to be the most attractive to our people here in the RGV,” Vasquez said. “That’s really what he’s been known for. He really caters to the audience that we have here. He’s all about presenting an attractive program not only to the audience but the musicians, as well.”

The next upcoming and one of the most highly anticipated concerts is the VSO’s winter/holiday season performance, named A Touch of Frost. It will be held Friday, Dec. 13 at the symphony’s usual venue, the McAllen Performing Arts Center.

The impressive auditorium was completed in fall 2016 and was projected to cost $44.9 million. It boasts 93,741 square feet of space, has an 1,800 seating capacity, three levels of seating, restrooms on every floor and elevators as well as railed staircases for visitors to use.

The 2019-20 symphonic season’s final performance on March 27, Concert 5, is one of the most varied and exciting concerts that the VSO will ever have, according to Vasquez.

“That’s gonna be a finale that nobody wants to miss,” he said. “That concert has not only orchestral symphonic works, but it also has a violin soloist and the incorporation of a new composition that was made just for VSO by a local composer, Dr. Justin Writer, and it has a collaboration with a musical ensemble — the nationally awarded Mariachi Atzlán from UTRGV,” Vasquez said. “We’re talking about the biggest varied concert that we’re gonna see here in a long time. Maestro Dabrowski is really making this program about our region using our regional talents and designing it in a way for us.”

To find out more about the Valley Symphony Orchestra or to learn how you can help support their mission, visit their website at valleyorchestra.org. Ticket prices start at $25 and can be purchased through ticketmaster online. Purchasing a season ticket package offers regular concert-goers a total savings of $85. Follow VSO on IG and Twitter @valleysymphony or find them on Facebook at Valley Symphony Orchestra.