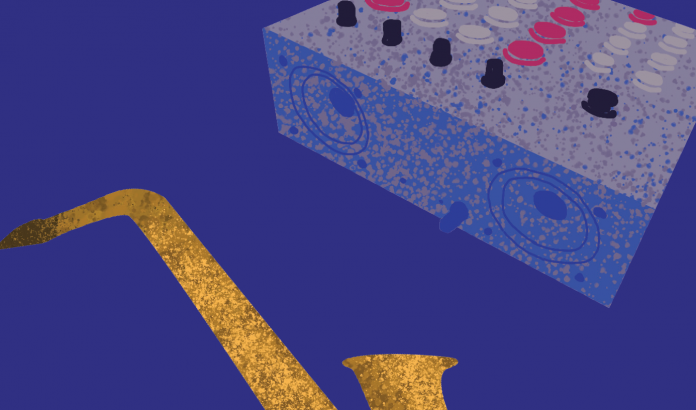 Musicians choose to pursue this calling for a hobby, work, or various reasons. The Rio Grande Valley is home to famous musicians such as Freddy Fender, a country and rock’n’roll musician. There are many brain health benefits to playing an instrument. John Hopkins Medicine wrote that making music keeps our brains engaged as we age.

Music, like any art, is rewarding. It’s a lot more than hearing pretty sounds.

Learning an instrument has benefits outside of school. The Alzheimer’s Association said studies showed those with middle stages of the disease had reduced agitation and improved behavioral issues while listening to music. Anita Collins, an award-winning music teacher, and researcher in brain development and music learning, said in a TedTalk YouTube video, that “playing music is the brain’s equivalent of a full-body workout.”

However, there can be moments of frustration while practicing. The feeling can stem from struggling with a series of notes or other challenges. Although this happens, musicians understand practicing leads to growth. Daniela Sierra, a flutist and University of Texas Rio Grande Valley music education major, knows this first hand.

She’s been playing since her childhood. She learned her scales, music theory, and flute fundamentals. At the time of this interview, she was preparing for her April 30 recital.

The event is critical for music students because their GPA is on the line. Naturally, stress comes along with them. Sierra has her own method to calm herself.

“When I get frustrated in my practice, and I know I’m not making any progress, I step away,” she said. “I’ll be on my phone, watch a TikTok, or [any] video. Then, I’ll come back.”

As there are hundreds of musicians, there are countless instruments built. For example, digital instruments garnered a lot of use. Carlo Hinojosa, a full-time musician, plays one of these.

“I am not to the ability that I should be,” he said on Facetime.

The BeatBox MIDI Controller is a versatile electronic device that users change its sound to be like a drum or violin. Hinojosa uses it for live DJ-ing performances. He also plays string instruments.

Although he considers himself a “full-time musician,” he made that decision recently. At first, he felt no one took him seriously. However, he later garnered attention on Spotify and Instagram. Now, he’s had in-person shows at events such as the Orange Valley Art Show.

Many musicians earn money in various ways, such as playing at gigs. Leo Mood Garza, a saxophonist, has been doing that for years. He plays three nights a week. He’s performed at Harlingen’s Market Days and in Downtown McAllen. Getting out and performing is how Garza landed gigs while street performing. He’s been in bands as well. All that grew to Garza being able to live off of gigs.

Regardless of the type of instrument, all musicians must practice. How else are you going to learn a solo and perform it artistically? The time-consuming session is critical in learning a new instrument.

Sierra went through Brownsville ISD’s music education. She did the concert and marching band. In addition to being a university music student, her practicing style stems from all that. She practices her scales, etudes, tone, technique, and repertoire.

Music students work on these areas in various music practice books. Sierra works out of the Trevor Wye Practice Book for the Flute, a book that’s sold over a million copies.

Hinojosa learned to use the BeatBox through a different avenue. He used a desktop app called Melodics. It has music he followed along with the MIDI Controller by flashing the buttons on the instrument.

In addition to Melodics, he practices the instrument with his work. He does it because it offers him the material he wants to learn.

Garza said he doesn’t practice often. However, since he plays often, it works for him.

“I should practice my saxophone,” he said. “But I don’t. I know that’s what separates me from a lot of [other musicians]. I play what feels natural.”

Music goes beyond being useful for academics. It gives musicians tools to express themselves, whether in a concert hall or at a bar. It’s not easy and takes years of practice, but it’s worth it.