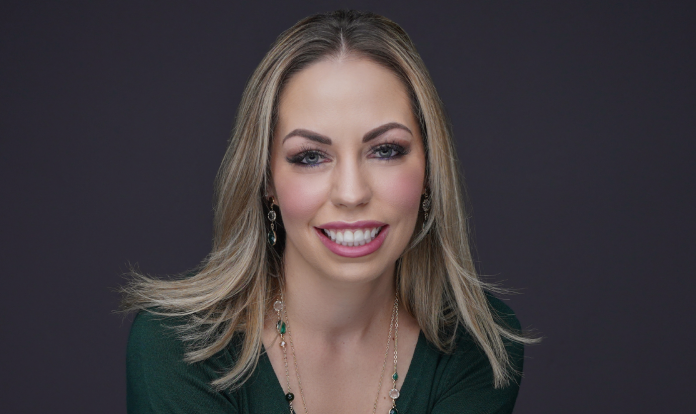 Not many people can say they are the CEO of a company they used to work for while in high school, but for Natasha Del Barrio, this rings true.

She became the CEO of Bert Ogden and Fiesta Auto Group in 2017. Del Barrio explained it was never her intention to become CEO, but the opportunity grew through a healthy work environment, dynamics, and relationships.

Two years after becoming CEO, Del Barrio was recognized in Automotive News with the 40 Under 40 award.

Before Del Barrio graduated with a Bachelor of Business Administration degree in marketing and a Master of Business Administration degree from the then-University of Texas-Pan American, her career journey began while doing small family jobs like babysitting, cleaning, and taking care of pets. Having built a work ethic around such jobs, she explained that her uncle, who worked in the automotive industry, took notice.

“My uncle called me after school one day, and he said, ‘Hey, there’s a position open in the marketing department for marketing directors looking for an assistant, and I think you’d be a good fit. But if this is something you want to do, then you’ve got to take the initiative, and you’ve got to get the job yourself,'” she recalled.

But when Del Barrio asked for the number to call, her uncle hung up on her.

“That’s a love lesson there,” she said. “Those are good life lessons.”

Having been hired as the part-time marketing assistant in 1999, Del Barrio maintained the position throughout high school and well into college. She went on to work for CitiGroup and JP Morgan Chase after graduating. While at JP Morgan Chase, Del Barrio said she became pregnant with her first son, Ethan, and she was traveling for work about 26 weeks out of the year.

Her new life chapter led her to work at Bert Ogden as a corporate strategist in 2012. She explained that she wanted a job where she could be home every night for her son. In fact, Del Barrio said her identity is not complete without her three children.

“I’m a mom first before I’m a CEO, and that’s that,” she said. “That is one thing that I will grant as an absolute. These little ones are so precious to me, and they motivate me to do better, to do more. And they motivate me to set a great example for them, one of honesty, integrity, working hard, and doing what’s right.”

Del Barrio takes her personal motivators and applies them to her responsibilities as CEO. A typical day for her is nonexistent, but this detail about her role is one of the things she loves about the job.

“There’s certainly rhythms to our business. But my work is far more project-based and broad scope overall. There’s nothing routine about it, which I really like because I don’t get bored,” she said.

Some of her favorite projects include acquisitions and philanthropic giving — as well as devoting her time and attention to her team.

“I just feel a very significant responsibility to the team members here and into making the best decisions for the overall well-being of the team members, the company, and the community,” she said.

Although Del Barrio is now the CEO, she explained it was never her intention to come back in 2012 to climb the ladder as she did.

“Even from my early college years, I would observe (Robert) Vackar working and running these dealerships, and I would think to myself, ‘Someday, I want to run this dealer group,’” Del Barrio said. “But it was a very far-fetched concept. It was one that you don’t even think that you’re entitled to speak out loud because it’s just so outlandish.”

Del Barrio said she is not one for absolutes — there are many pieces of advice she would have for future young women aiming to be the next CEOs and community leaders.

“Take your seat at the table. Don’t be afraid to speak up,” she said. “You have been given a beautiful and powerful voice; use it, but use it wisely. Use it to learn more, use it respectfully and thoughtfully express opinions.”

Another piece of advice has to do with advice itself.

“Listen to all the advice and only take what applies,” Del Barrio said. “Everybody’s got an opinion. It doesn’t hurt to listen. But you got to figure out how to filter out what’s good from what’s not necessary.”

Surrounding yourself with good people is something else Del Barrio recommends.

“You’ve got to figure out who your people are,” she said. “Having a tight circle of good-hearted, sincere people is critical to anyone trying to get anywhere in life — not just in business, but in your personal life.”

Despite Bert Ogden having 21 buildings and 24 franchises across the Rio Grande Valley, the company continues to be in growth mode.

“We continue to look for opportunities to bring new dealerships to the Rio Grande Valley and represent new products to the customers here,” Del Barrio said, adding that her company looks forward to more electric vehicle fleets. “We’re really excited for what the future holds with that and taking all the necessary steps to make sure that we’re perfectly ready.”