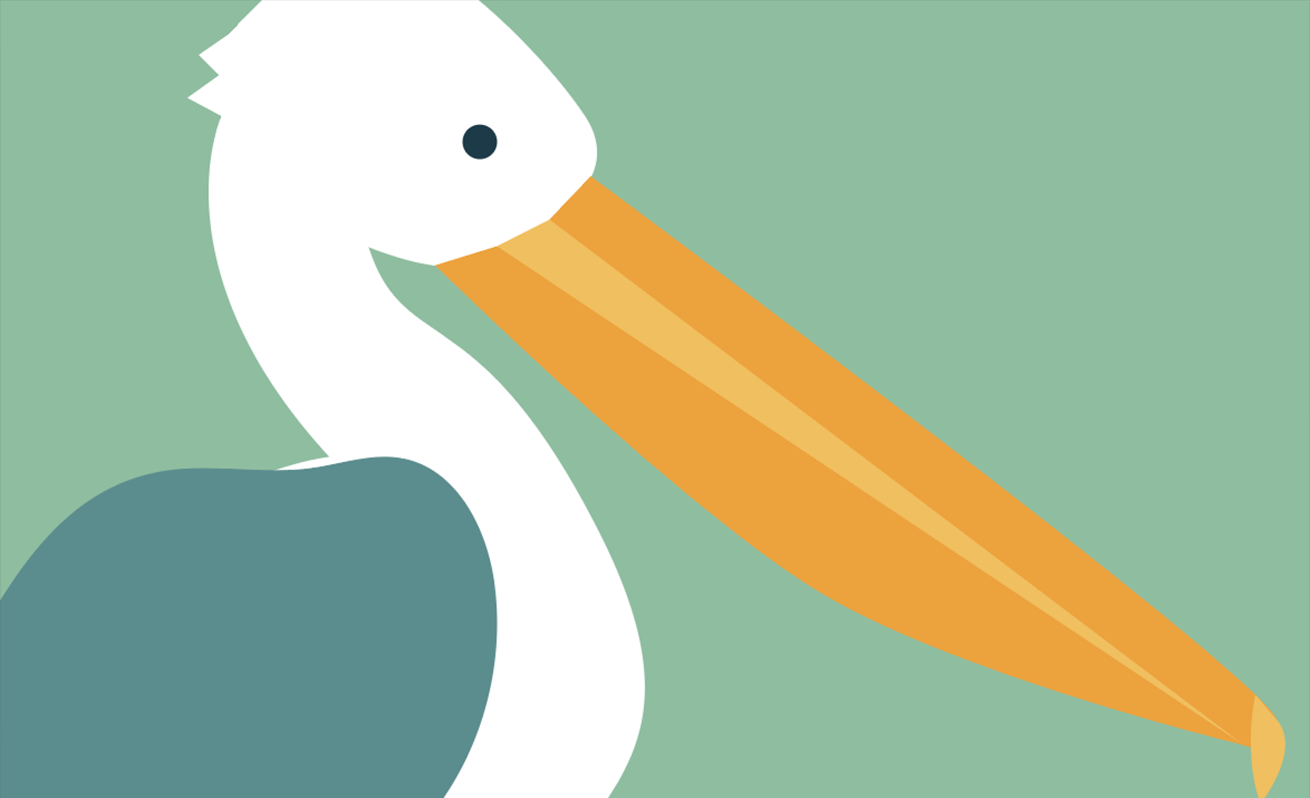 In late 2013, a bitter cold front blew in to South Texas and dropped temperatures so quickly that endangered sea turtles off South Padre Island didn’t have time to swim to deeper, warmer waters.

The cold snap put many of them in a comatose state, increasing their likelihood of drowning.

Fortunately, locally trained Texas Master Naturalists came to the rescue, wading into chilly waters to retrieve the stressed creatures. The volunteers gradually warmed up the sea turtles in indoor pools and eventually released them into deep waters.

This winter, strong north winds blowing across concrete road barriers forced hundreds of brown pelicans out of the air and crashing onto the pavement of State Highway 48, between Port Isabel and Brownsville.

Texas Master Naturalists, who volunteered as concerned citizens, and others risked their lives by dodging speeding traffic, day and night, to rescue the downed birds. Many pelicans were hit and killed by speeding cars, but brave volunteers have saved several hundred birds thus far.

The Texas Department of Transportation has now erected warning signs for drivers, and will redesign their barriers to prevent the bird-killing turbulence and downdrafts created by crosswinds.

And in yet another sign of a distressed species and habitat, populations of red-crowned parrots across the Rio Grande Valley are declining, experts say.

But once again to the rescue, Texas Master Naturalists are taking quarterly, coordinated counts of the native birds from McAllen to Brownsville. The documentation of their decline will hopefully land the birds on the endangered species list.

Protection by the federal government could mean the prosecution of poachers who pilfer eggs from roosting sites to sell the hatched birds as pets.

There are over 400 Texas Master Naturalists across the Rio Grande Valley who have volunteered their time and services to protect and enhance local native species and habitat.

They are made up of all kinds of people from all walks of life, from retired locals to Winter Texans to area students studying science-related disciplines.

“Our doors are always open to people interested in learning more about our highly unique ecosystem we have here in South Texas, and who want to help us maintain and improve on what nature has already provided,” he said.

The program is supported by the Texas Parks and Wildlife Department, Texas Sea Grant and AgriLife Extension, he said.

How to Get in on It

Becoming a Texas Master Naturalist begins with a 40-hour training course that includes classes and field trips. Lectures are taught by recognized experts and focus on the Rio Grande Valley’s native ecosystems.

The dozen or so field trips taken by students are very popular, Reisinger said. They can include studying the geology of rock formations in Starr County, exploring the coastline, a visit to the National Weather Service, or treks through the Valley’s nature parks.

“Our students are exposed to everything from coastal ecology to birds and butterflies,” he said. “It encompasses a huge range in nature education and is highly rewarding and very interesting.”

Each of the two Valley chapters — one meets in San Benito and the other in Pharr — begin classes in January, 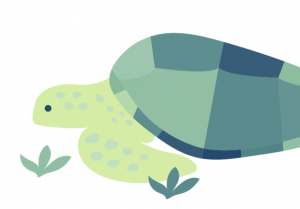 end in March and graduate in April. The Lower Valley chapter will also have a class this fall.

Once graduates fulfill 40 hours of volunteer work of their choice, they become certified Texas Master Naturalists.

The popularity of the program is what’s driving the expansion, Reisinger said.

“We try to limit classes to 25 students but may go up to as many as 28. We hate to do it, but we sometimes have to turn people away. That’s why the second Valley chapter was created and why one of these chapters will now hold fall classes.”

Reisinger said over the years, more Hispanics and younger locals, as opposed to only Winter Texans, are becoming Texas Master Naturalists.

“The level of ecological awareness is growing among native Valley people,” he said. “We’re seeing more young and local students in our classes, and based on evaluations, they’re coming in to our classes with increasingly higher knowledge levels of the local ecology.”

Once participants become certified as a Texas Master Naturalist, they volunteer for community projects, demonstrations, and educational activities that connect adults and children to the many facets of Mother Nature, he said.

Among their many efforts, volunteers provide youth education programs, and outreach and service to local nature centers and parks.

“Our mission is to provide education and outreach to the public to keep the destruction of native habitat at a minimum,” said Robert Hernandez, president of one of two chapters of TMN in the Valley, the South Texas Border chapter. “This is accomplished through participation in nature events and volunteering at nature sites throughout the RGV.

“I’m proud to say we’re doing our part of that mission,” he said.

Ninety percent of the Rio Grande Valley’s native habitat has been destroyed over the years, largely through urbanization and agriculture, Hernandez said.

Saving the remaining 10 percent — and possibly increasing and enhancing it — is the mission of Texas Master Naturalists.

Among his many duties, Hernandez, now in his third one-year term as president of his TMN chapter, assists in the efforts of the red-crowned parrot survey, and has overseen the landscape reconstruction at the Vannie E. Cook Jr. Children’s Cancer and Hematology Clinic on Expressway 83 and Second Street in McAllen.

“We’re completely gutting and redoing the landscaping at Vannie E. Cook and replacing it with native plants, shrubs and trees,” he said. “We’re doing the project in three stages and so far have completed two of them.”

Hernandez said that unlike many landscape plants found at big box stores, native vegetation attracts birds, butterflies, and other wildlife.

“In the end, patients and visitors will be able to enjoy a more natural setting as well as a few water features out there,” he said.

Saving the Planet Can be Enchanting

“As we pulled up to one of the small spoils islands, there were thousands of birds of all kinds,” she said. “I was just amazed, in awe. It’s nice to be out in the bay, but this was phenomenal. Some birds were tending to babies, hundreds of them were feeding. All of them were talking to each other. I was so enthralled, I’m afraid I wasn’t much help that day in helping Stephanie count.”

Brown said her “high” was long-lasting.

“I smiled for four or five days,” she said. “I was just mesmerized. My feet were not quite touching the ground for days! My family actually saw it in me — it was physically visible.”

Brown had been a Texas Master Naturalist in the Hays County area but after retiring and moving to South Texas in 2015, she decided joining a local TMN chapter would help her find her bearings.

Since then, in addition to the bay bird counts, Brown has helped in many projects, including sea turtle foot patrols, the brown pelican tracking study, and many Laguna Madre cleanups and habitat restoration projects.

Statewide, the program began in 1998 and last year celebrated its 20th anniversary with a gala in Georgetown, near Austin.

At the time, Michelle Haggerty, the state program coordinator in Kerrville, said that in its two decades of existence, the Texas Master Naturalist program had trained more than 11,000 individuals who had contributed more than 4 million hours of volunteer service.

“What makes the work of a Master Naturalist so important is they are not only individuals who love nature and offer their time, but they are trained naturalists with specialized knowledge of different ecosystems, species, habitats, and environmental demands,” Haggerty said.

Reisinger said that each trainee can select from a wide variety of approved local projects to volunteer their time. These can include habitat restoration, native plant rescues, native seed collection, school habitats, and educational presentations, or they can design a project of their own.

“There is just so much to do and the interests of our Master Naturalists are so varied, that many branch off into projects where they see a need, and one thing leads to another,” he said.

The brown pelican rescue, for example, has led a group of students to begin a formal study on the local habitat and life cycle of the brown pelicans to determine what attracts them to Highway 48.

Still others saw a need to rebuild eroding sand dunes along South Padre Island, which could have lasting effects.

“One group is planting new vegetation out there to help dunes re-establish themselves,” Reisinger said. “This is a project that actually started with 4-H back in the 1970s and ’80s. They stacked old Christmas trees along the dunes to help them capture and build up sand. And it worked. To this day you can still see their really nice dune lines, especially at Andie Bowie Park and at Isla Blanca Park.”

Get Out There and Meet Someone

“Volunteering is powerful and engaging,” she said. “It gives you a sense of community. Supporting nature is helping the community because in nature, we’re all connected. We get pleasure from observing nature, but it’s here for a reason. There’s the story of ranchers who had coyote problems, killed them off, then had rabbit problems. There’s a delicate balance we need to preserve.”

Brown has advice for young people.