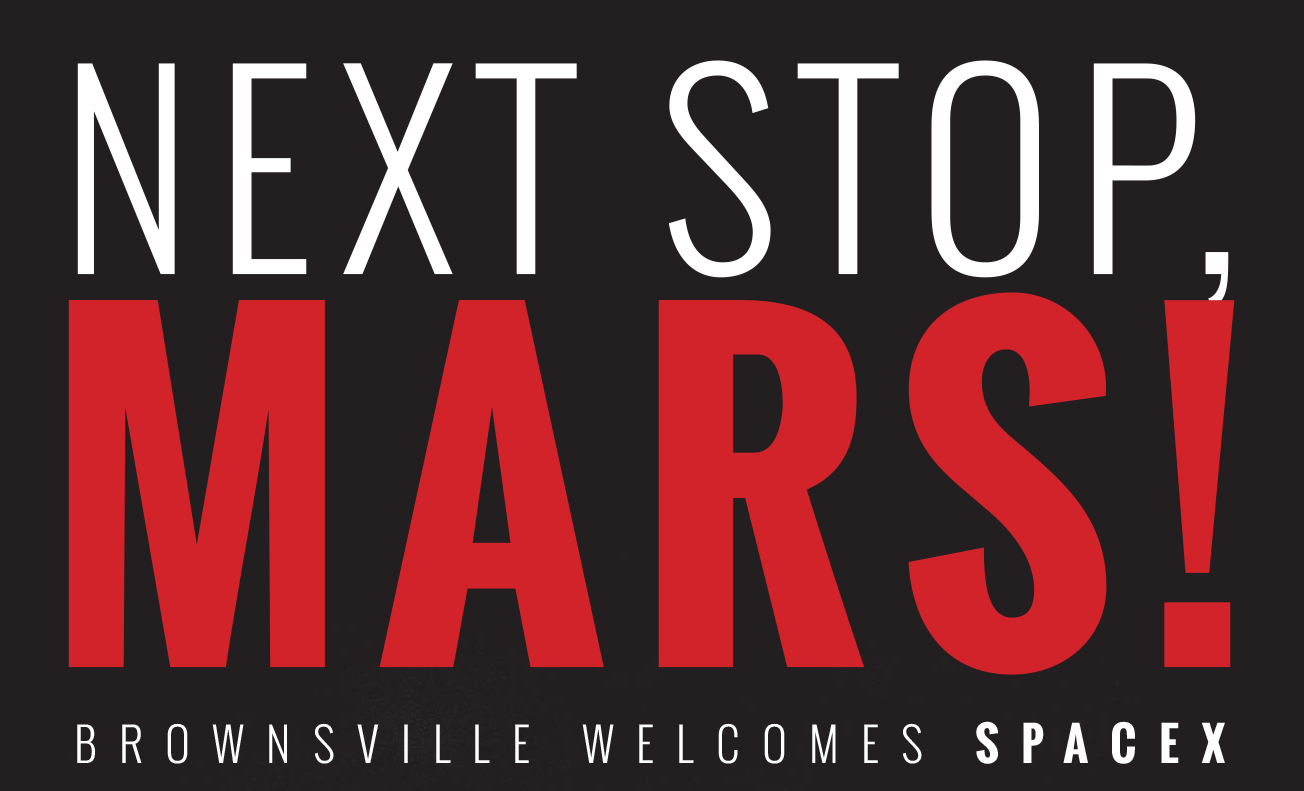 The human brain now holds the key to our future. We have to recall the image of the planet from outer space: a single entity in which air, water, and continents are interconnected. That is our home. – David Suzuki

Imagine yourself taking a stroll along the beaches of South Padre at dusk. The smell of salt and sea air encompasses you as you gaze out into an ocean of blue and green. White caps crash along the sand, and you take in the beauty of God’s creation all around. The sky is an infinite splash of watercolor that even the finest artist couldn’t recreate.  As your toes dig deeper into the sand, you await an exciting adventure – one that is new to visitors and residents in the Valley. For in a matter of minutes, the thunderous roar of the Falcon 9 will launch into the great, big, Texas sky – and head for outer space. That scenario will soon be a matter of reality for folks in the Valley.

On August 4, 2014, a decision to build the world’s first vertical rocket launch site at Boca Chica Beach became a reality. The launch site will sit on the outskirts of Brownsville at the farthest tip of Texas, just along the gulf. After more than three years of hoping, waiting, and anticipating – the community of Brownsville were pleased to learn that their territory would soon become the next home of Space Exploration Technologies (better known as SpaceX), a private, space transport company headquartered in Hawthorne, California. Famed billionaire and entrepreneur, Elon Musk originally founded SpaceX in 2002. You might know Musk best as the cofounder of PayPal, the chief product architect of Tesla Motors, and the chairman of SolarCity. Today, he is launching space sites with the hopes of reducing space transportation costs and colonizing Mars one day – a bold and adventurous goal that the futuristic thinker could one day accomplish. In fact, it’s possible that the new Texas facility might land its very first astronaut on Mars. 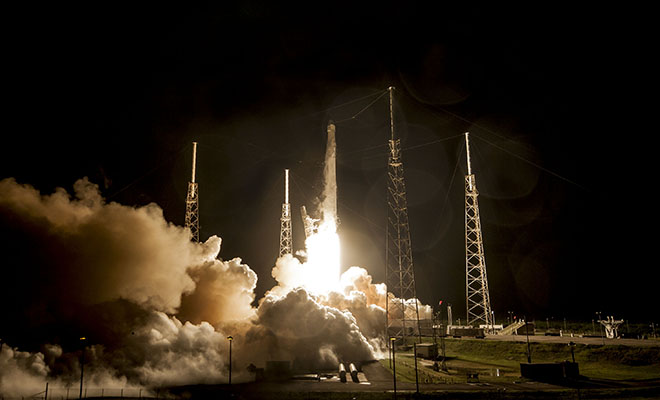 Construction for the new site includes three key components: a vertical rocket launch site, a launch command center, and a ground tracking station, all within 2 miles of each other. The construction will take place at the very end of Highway 4, where the highway meets the Gulf of Mexico. The actual launch operation will be built on a 5-acre footprint within the 50 acres.  The program is unique in that NASA will not build it, nor will it be built on a government base.

SpaceX plans to launch its signature rocket, the Falcon 9, at the new Texas location. Other SpaceX sites include Vandenburg, California and Cape Canaveral, Florida.  Brownsville, Texas beat out several other contenders, including Georgia, California, Virginia, Alaska, Puerto Rico and Florida. Within the Texas borders, SpaceX had narrowed their targeted location to Brownsville after carefully reviewing dozens of other locations within the Lone Star State.  Brownsville made the most sense.

“From the very beginning, Brownsville’s geographic position in the continent was attractive for the proposed launch site operation,” said Gilbert Salinas, executive vice president of the Brownsville Economic Development Council (BEDC). “In space industry terms, the closer to the equator the more of a logistical advantage the operation will have in order to launch a vehicle into space. In turn, Brownsville, being one of the furthest southern points in the continental United States, proved to be the best fit for the project.” 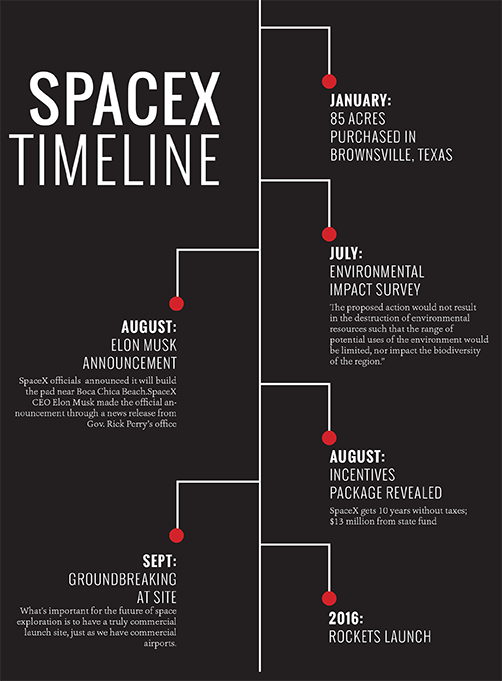 The response to this new venture has been overwhelmingly positive. With tremendous support from the community and local city and government officials, it was hard for Musk not to see his next launch pad near the border. And that support was overwhelming – from local, regional, state, and federal officials to private and public entities – there was no doubt in Musk’s mind that Brownsville was the next home for SpaceX.  When asked what Musk saw after visiting the future SpaceX location near Brownsville, he simply stated, “I see the future.”

What’s more exciting is that SpaceX is predicted to spur an economic boom in Brownsville – a factor that many are talking about today.

“The SpaceX project will bring many benefits to Brownsville, as well as the Rio Grande Valley by way of job generation, high paying salaries, capital investment, and opportunities for other industries to capitalize on the space company’s presence in Brownsville,” said Jorge Montero, marketing and design coordinator for the BEDC. In fact, the BEDC is predicting roughly 500 new jobs as a result over the next decade, with nearly $51 million in annual salaries. The three building components are said to generate around 200 to 250 new construction jobs within an 18-24 month time frame. This will give area contractors and sub-contractors an opportunity to get in on the ground floor. 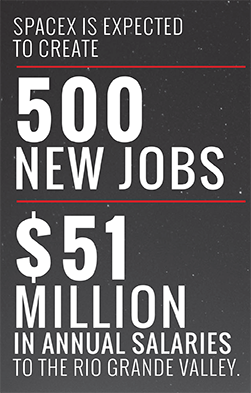 “It will also have an economic impact on the tourism and retail industries, as well as the service sector (restaurants and hotels) because of the thousands of visitors that are expected to visit the area for the launches,” Montero stated. “SpaceX projects to do 12 unmanned launches per year. As a guide, Cape Canaveral attracts 40,000 plus visitors for every unmanned launch. The BEDC’s conservative estimate is that Cameron County will see about 15,000 visitors per launch.”

Aside from the economic boom, there are several other positive factors that SpaceX will bring to the forefront. According to BEDC President and CEO, Jason Hilts, the program will help bridge together local businesses, high education, and entrepreneurship, which will produce local talent, ultimately leading to innovation and wealth in the region.  Montero hopes this project will draw new business opportunities as well.

“This project will help create a boost of self-confidence for a region, which historically had been overlooked by major companies and projects,” explained Montero. “Today, Brownsville and the Rio Grande Valley can advocate for and recruit projects of significance. We already are seeing an increase in activity from major corporations wanting to do business in Brownsville due to the presence of SpaceX in the area.”

Statewide, this program will have a positive impact on Texas, according to Nick Serafy, CEO of Proficiency Testing Services in Brownsville.  Serafy served as vice chairman and chairman of the Texas Economic Development Corporation, which is part of the economic development functions run out of the governor’s office.  His involvement in bringing multiple projects to Texas eventually led to his board nomination – and Serafy was one of many who fought to bring SpaceX to Brownsville.

“This is an opportunity to have Texas involved in the space program again,” said Serafy. “This is a big step towards reviving the space program in our state. A lot of the projects that Space X will be launching are for the private sector, and there are some government projects as well.  After NASA shut down it’s space shuttle program in 2011, it was an industry that was pretty much going to be lost in Texas.  Previously, all of the space-related jobs were going to the east coast and the west coast. So this program will be a big step for us in Texas.”