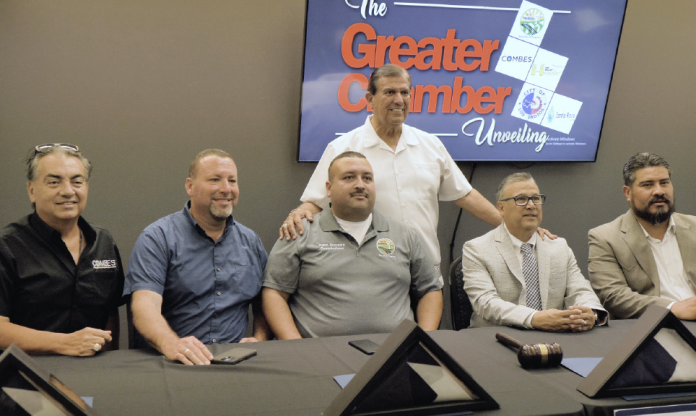 Harlingen is a place filled with beautiful parks and trails, various restaurants and shops, and different types of events. Even with these attractions, many people often think of McAllen, Mercedes, or even Brownsville when they think of places to visit or things to do. However, on Jan. 4, Javier De Leon became the president and CEO of the Harlingen Chamber of Commerce and quickly worked to change that.

Meeting with several community leaders, elected officials, and businesses throughout Harlingen, De Leon found a common theme in the feedback he received. Stakeholders wanted a better traffic flow coming into Harlingen so more people could explore the multitude of businesses and attractions the city has to offer.

De Leon found the answer in the neighboring cities of Rio Hondo, Santa Rosa, Los Indios, Primera, and Combes. He noticed these cities did not have their own chamber of commerce. He met with every mayor and city administration to propose the idea of unifying them under the chamber.

Due to the lack of resources and infrastructure, these neighboring cities could become “feeder” cities to Harlingen. This would increase the number of people coming into Harlingen and foster a closer relationship with each entity. In return, these cities would receive more exposure and access to resources that Harlingen can provide.

“They can go anywhere they want. They can go to San Benito. They can go to Mercedes, Brownsville, McAllen, or Weslaco. But by building these relationships, they will have that bond and relationship to come to Harlingen,” De Leon said. “It’s not about competition. It’s about collaboration.”

It took about three months to execute this plan in its entirety. It required a lot of communication both to these mayors and city officials as individuals and brought them together to function well together.

One of the main issues De Leon faced was skepticism. He had to explain and share

the vision that would, in the long run, convince some Harlingen businesses that felt a little threatened and the neighboring cities to allow those who were unsure and on the fence understand the great benefits of unifying the towns.

De Leon states that many were eager to work together because of the clear benefits of the plan. They realized that they benefited more from regionalism than they ever did from isolationism.

The culmination of all the time and effort put into this plan was set to debut Aug. 3 with dignitaries, elected officials, and other members of the community attending the event. During this unveiling, the Harlingen chamber’s name will officially be changed to the Harlingen Greater Chamber of Commerce. The name signifies a new chapter in this region’s story and proves that a community is stronger together.