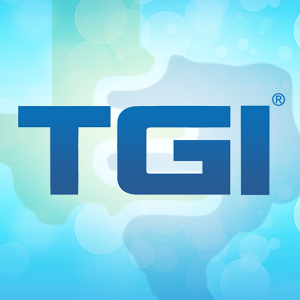 Doctors at Texas Gastroenterology Institute want to remind the public that March is national colon cancer awareness month.  Patients, especially age 50 or older, are urged to take the time to get screened for the highly treatable disease via a colonoscopy.  At TGI, all patients will be treated with the proper respect, compassion, and sensitivity they rightly deserve.

“Nobody should die of embarrassment; getting a colonoscopy saves them from a world of trouble as they age,” TGI doctors say.

“Colorectal cancer is a preventable disease,” said TGI founder Dr. Jose Rodriguez.  “It’s a horrible disease when you find it late, but the whole concept of screening is to detect it early and prevent cancer and complications down the road.”

“Most of the time it starts off as an a-symptomatic polyp; most people wouldn’t know it’s there growing, but if we can screen the person and find the polyp and remove it, we eliminate the colon cancer risk.”

Screening for precancerous polyps before they turn into cancer is recommended for men and women beginning at age 50, although men and women who think they may be at higher than average risk for this cancer should ask their doctors about getting screened earlier than age 50.

While screening rates have increased in the U.S., not enough people are getting screened for colorectal cancer.  According to the CDC:

“It’s a fact that certain symptoms people experience, or the procedures we perform, can be a bit sensitive or embarrassing at first.  Our practice wants patients to feel comfortable, and know they can come to us and trust in us to give them the best quality care,” said Dr. Valeska Balderas, one of three medical professionals that comprise TGI’s McAllen office.

A Valley native, Dr. Balderas is a Board Certified Gastroenterologist, but she has a special interest in pancreaticobiliary disorders.  She received advanced training in ERCP and EUS (endoscopic ultrasound), and is one of the only doctors in the Upper Valley qualified to perform such specialized procedures.  EUS involves obtaining sonographic views from within the gastrointestinal lumen, allowing  more in-depth imaging of the biliary tree, pancreas, and certain gastrointestinal cancers.

She is also able to obtain fine needle aspirations of certain malignancies from within the gastrointestinal lumen, allowing for quick diagnosing and staging.

“March is colon cancer awareness month, and we want to encourage people to get screened for colon cancer.  We want to PREVENT disease and future complications of colorectal cancer,” Dr. Balderas said.  “The only way to detect colorectal cancer early is via colonoscopy.  But we also know that people suffer from a wide variety of symptoms such as acid reflux and abdominal pain to name a few.”

“Our practice handles every type of gastrointestinal disorder and symptom, and I hope that people who are a little embarrassed or afraid of coming to see physicians for their problems will feel that their needs will be met,” she said.  “Everything in regards to their symptoms will be respected and treated with compassion and sensitivity.”

Texas Gastroenterology Institute is a specialty practice dedicated to providing high quality specialty care in gastroenterology.  The practice was established by Dr. Rodriguez in 1992, and since that time has serviced tens of thousands of patients arriving with general gastrointestinal issues.  The practice offers services to referred patients as well as patients with referrals from other doctors.

“I think a key aspect of our practice in particular is that there are two female physicians in this practice,” said Dr. Susana Escalante-Glorsky, former president of the Texas Gulf Coast Gastroenterological society and a Fellow of the American College of Gastroenterology.  Dr. Escalante joined TGI from her private practice in the Texas Medical Center in Houston, where she served the community for 12 years.

“Areas like GI and gynecology are just kind of touchy.  There are a lot of things that are embarrassing that you need to discuss with full clarity and honesty.  So, it is much easier when a woman has to go to the doctor to talk to another woman.  There’s just this understanding.  It helps to be able to be more at ease to talk about what your symptoms are, because if we don’t know what you’re really feeling, then we don’t know how to address it or what procedure to consider.  That’s a definite benefit.”