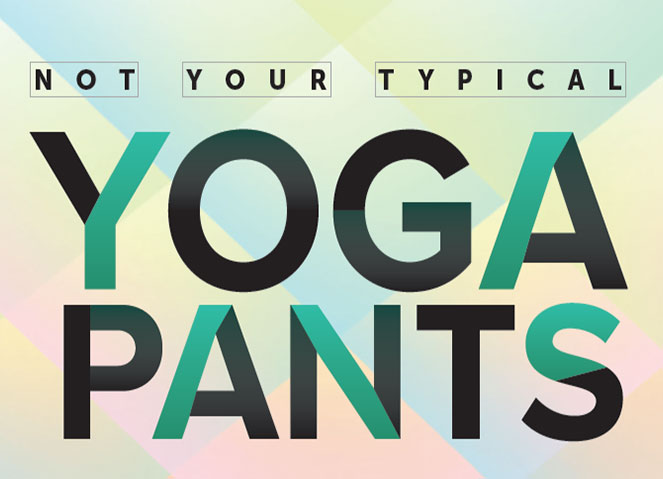 When most people purchase activewear, they plan to move in ways that require more flexibility and support than regular clothing, but Raquel Ponce’s experience with a pair of “designer” leggings didn’t drive her to work out – they were so bad, she decided to begin her own activewear company that now resides in the Rio Grande Valley.

The idea came to her when she was living in Miami and decided to do Hot Power Yoga to lose weight. She quickly discovered the dichotomy between fitness and style among dedicated yogis.

“All the yoga people had designer leggings, and I thought, ‘I want to wear these, too,’” Ponce said. “They tore the first day I wore them.”

She started doing research into what factors into quality leggings. Unsatisfied with the available options, Ponce launched Miami Fitwear in March of 2015.

As a former salesperson of artificial intelligence software, Ponce was an unlikely candidate to embark into the business of apparel design and manufacturing. However, her degree in business, combined with her husband’s experience working in textiles, facilitated her formulating her business plan. Like many small businesses, Miami Fitwear’s development was gradual. 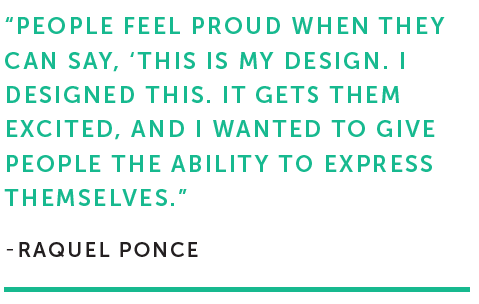 She recalls the beginning stages as her company as trial and error. Ponce’s advice to new entrepreneurs is to learn from their mistakes. “You’re going to fail a lot, but you learn from your failure,” says Ponce. “Successful people have failed, so don’t expect to get it right all the time. Don’t give up!”

Although she received valuable industry knowledge from her husband, Ponce took an active role in learning what it was her consumer wanted. A series of formal and informal focus groups with women of various sizes and proclivities eventually helped Ponce develop a line that appealed to a diverse group of women.

Ponce began by purchasing wholesale from other manufacturers and asking customers what they liked  about them and what features they would like to see. “I would ask, ‘How is the stitching?’ and so forth, and that is how I began to create my own,” Ponce said.

Starting around $88, Miami Fitwear’s expressive leggings are an investment piece, but consumers can rest assured they will get a return. After endless feedback and countless prototypes, Ponce has designed a garment that is available up to size 18, with a tear-proof six-needle stitch, thoughtful cotton gusset, and fade-proof fabric.

Diversity is what led Ponce to expand the products and services offered by Miami Fitwear. For $120, a customer can submit an image online, which will be sized and fit to create a custom pair of leggings. Ponce believes customization gives the leggings a good touch.

“People feel proud when they can say, ‘This is my design. I designed this,’” Ponce said. “It gets them excited, and I wanted to give people the ability to express themselves.”

After realizing how expensive it would be to manufacture her line in Florida, Ponce relocated her family and company to her hometown in the Rio Grande Valley in October 2015. Miami Fitwear products stimulate the local economy, as every aspect of the company is planned and executed in Pharr. Unlike other apparel companies that outsource their work, Miami Fitwear oversees their product at every stage of production.

As a new mother of twins, Ponce has plans to slowly grow her business in the future. She is currently developing her website, as well as a second line of activewear called Valley Fit Wear, which will focus solely on 100 percent custom orders. Plus size leggings are currently in the testing phase. If they perform well, these will expand Miami Fitwear’s available size option to 3XL. Ponce is also testing men’s leggings, but is awaiting feedback before she develops a non-custom line of menswear.

Although her company has grown in size and reputation, Ponce says it continues to still be experimental with new products. She attributes her success to the continued emphasis on the feedback of her customers, as well as the determination to continue to develop the highest quality product in the activewear category.

To find out more about Miami Fitwear or to create you own custom leggings, visit miamifitwear.com.