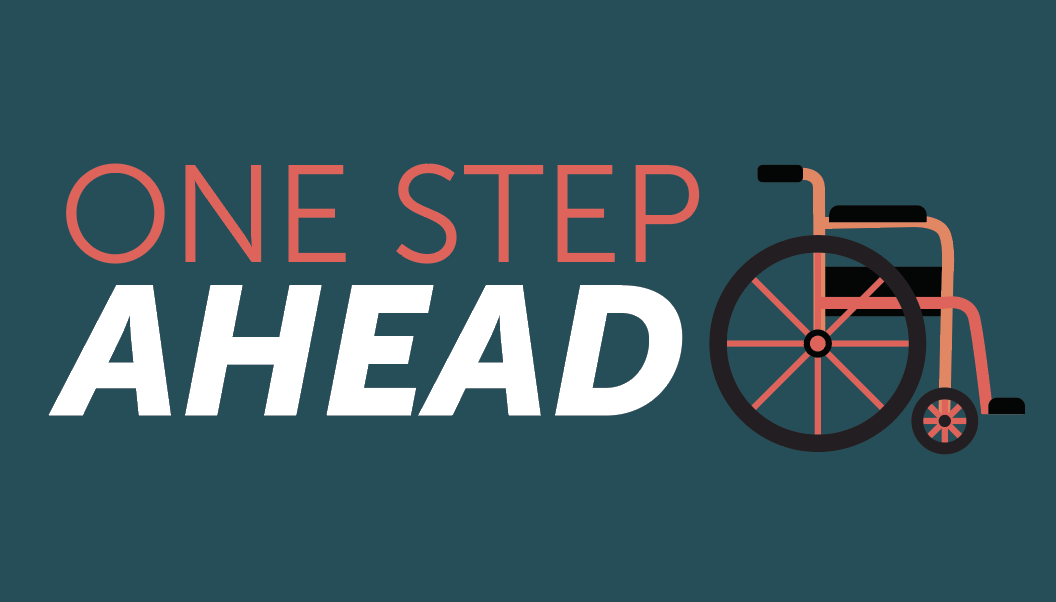 At a glance it’s hard to imagine that what looks like a backpack connected to leg braces could be the key to faster recovery for many relearning to walk. From the initial lift from sitting to standing position; to weight shifts between steps; to the proper height their feet should reach. It all matters.

The Ekso Bionics GT exoskeleton helps maintain body alignment and provides support with every aspect of walking, allowing stroke patients or those with spinal cord injuries to walk with little to no assistance sooner.

“It maintains body alignment, high repetitions, and it’s functional and relevant to the patient,” said Dr. Michael Auer, director of rehabilitation therapy services at Doctors Hospital at Renaissance. “The brain just eats that stuff up, it really adapts and relearns at a higher rate. And that’s what Ekso does.”

DHR first acquired the technology in late 2016 and now has two devices and nearly 70 patients who have used it as part of their rehabilitation treatment.

It is the only hospital using the exoskeleton as part of its physical therapy program along the Mexico border, attracting local and international patients.

“Our goal is to get them to use Ekso, to then not use Ekso,” Auer said. “They are using Ekso so that they can then progress out of it and be walking on their own. That’s our whole focus here.”

The first to use it in early 2017 was 43-year-old Donnie Barajas, of McAllen, who had to relearn every aspect of walking after a car accident that same year. 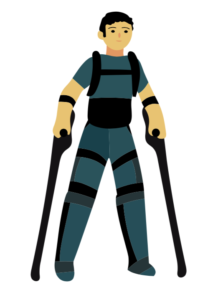 Barajas was in the hospital for nearly three months with a broken back and peripheral-nerve damage. And even though he hasn’t regained 100 percent of movement or feeling in his legs, he went from not being able to balance himself standing at all, to walking with the help of a cane alone.

Barajas was known to his family as an independent man, always on his feet while working as an automotive technician, or at the gym, he said. So this injury and the havoc of it all was a shock to him and his family.

“When an injury like that happens to you, your brain kind of plays tricks on you because you are built with warning mechanisms,” Barajas said. “When I stood up for the first time I literally felt like I was walking on a couple of basketballs or something. I had no stability at all. My brain would begin to tell me ‘You are gonna fall. You are gonna fall.’ So anything would freak me out.”

It was that mental confidence that Barajas described as the greatest benefit of having access to the exoskeleton. Once his brain realized that he was stable enough to walk, those warnings and hesitations allowed him to move forward with the therapy, he said, with and without the device.

Ekso GT is the first exoskeleton approved by the U.S. Department of Health’s Food and Drug Administration — FDA — for patients like Barajas recovering from most spinal cord injuries or those suffering the aftermath of a stroke.

This doesn’t mean that it cannot be used for other injuries, Auer clarified, but that’s what the company is approved to promote it as.

“Have we used it for other diagnosis? Absolutely, we use it for MS (Multiple Sclerosis), and Guillain-Barré, and traumatic brain injury,” he said. “All of those diagnosis we see great results. So there’s a lot of research going on to validate FDA approval for all of those diagnosis.”

The device weighs about 45 pounds and accommodates patients between 5 feet to 6 feet, 2 inches tall and up to 220 pounds. 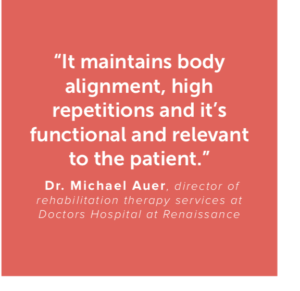 There are certain qualifications to use it, such as not being pregnant or having certain surgical impediments, Auer said. Those who have not stood for a long time have to be on a standing program for at least three days and receive a bone density test to make sure there is no risk of fractures.

Once the patient qualifies, the device tracks their progress by saving data such as number of steps and distance traveled.

Therapists can also control how much help patients get from the suit, as it can fully complete a motion on its own or simply provide stabilization and guidance. This in order to get the patient ready to control their own movements and not depend too much on the exoskeleton.

Barajas began by using the device once or twice a week, and got to a point to where he was in it for about an hour a day, sometimes alternating between the device and crutches.

From standing, to walking, to sitting down again, Barajas practiced it all. And even as he saw clear physical results, he said for him, it was the mental aspect that improved the most.

“For me, it was the physical and emotional part of just walking and standing is what that machine helped me the most with,” he said. “You are somewhat back to normal. So there was no more fear of walking, no more fear of ‘hey you are going to fall.’ The warning mechanisms kind of shut off a little bit.”