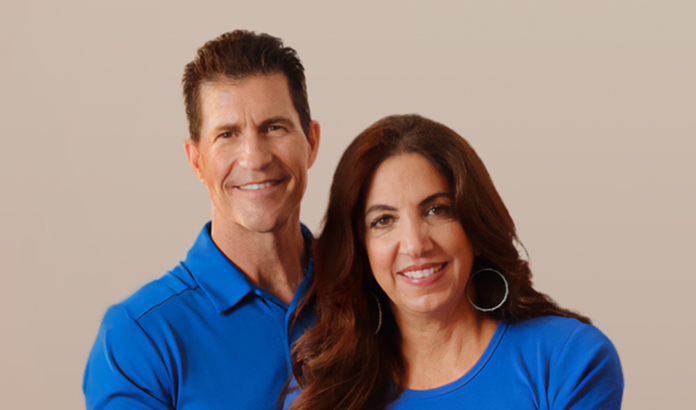 Rod and Rose Snell are the picture of what many may perceive the American Dream of business ownership is, especially if they’ve never considered the possibility of opening a business themselves.

For almost 25 years, Rod and Rose Snell have owned and operated two FASTSIGNS locations in the Valley, and have recently moved their McAllen store into a new and larger store.

It’s a dream come true, but it certainly wasn’t the plan they had coming out of the University of Texas-El Paso.

Rose found a job right out of college and started working in management for The Limited retail stores, but Rod had a harder time finding work.

Engineering jobs were difficult to come by in the early ’90s, and after six months of going on countless interviews around the United States — only to come up short — Rod and Rose decided they had to do something to support themselves.

Rod, who’d been a tennis pro at one of the El Paso country clubs when he was in college, decided to pick up his racket again, and within a week of sending out his first application, he was hired as the head tennis pro at the H-E-B Tennis Center in Harlingen.

“Our first thought was, OK, we’ll be here about three years, and then we’ll work our way back to El Paso, but that changed,” Rod said. “We are still here, and we love it.”

As it turned out, the move from West Texas to the Valley was more than serendipitous, it was destiny. Within two years, Rod was hired at Lockheed Martin in Harlingen, which later became United Launch Alliance, while Rose embarked on her dream of business ownership.

“Ever since I was a little girl, my dad would always tell me that I’d have my own business,” Rose said. “That was always in the back of my mind.”

While Rod was designing and building rockets, Rose was beginning to hear from friends in El Paso about a franchise called FASTSIGNS.

They traveled to El Paso to explore and discuss business opportunities in Harlingen when they had a chance meeting with the owner of the FASTSIGNS franchise in El Paso.

Rose said the franchisee told them how difficult it would be and tried to discourage them from opening their own franchise.

“I’m glad we didn’t listen because this is probably one of the best decisions we’ve ever made,” Rose said.

In 1998, the Snells opened their first FASTSIGNS franchise in Harlingen. Rose operated that franchise for eight years, and in 2004, they purchased the McAllen location from the previous owner.

Rose ran both locations until 2011, when Rod was furloughed from United Launch Alliance.

“They furloughed me for a year and a half, so that enabled me to go and work the business with Rose for that period of time,” Rod said.

He went back to designing rockets in 2013, after those 18 months passed, but eventually returned to work with Rose full time.

“Mechanical engineering was like a means to an end,” Rod said. “I knew it was a good occupation, and I knew I was good at math, computers, and processes. I liked it, but I never saw myself as a mechanical engineer. All that has led me to this.”

That level of soul searching led to him eventually leaving the mechanical engineering field and working in the McAllen store full time, while Rose worked at the Harlingen location.

The business continued to flourish until the COVID-19 pandemic emerged, and businesses in the Valley were forced to close. Like a lot of business owners, they were unprepared and at first unsure how they should react. Then, fear set in when the phones stopped ringing.

Rose said they struggled and cried, and prayed each day they would not have to lay off any of the 21 employees, many of whom have been with FASTSIGNS since they opened the first store in Harlingen. 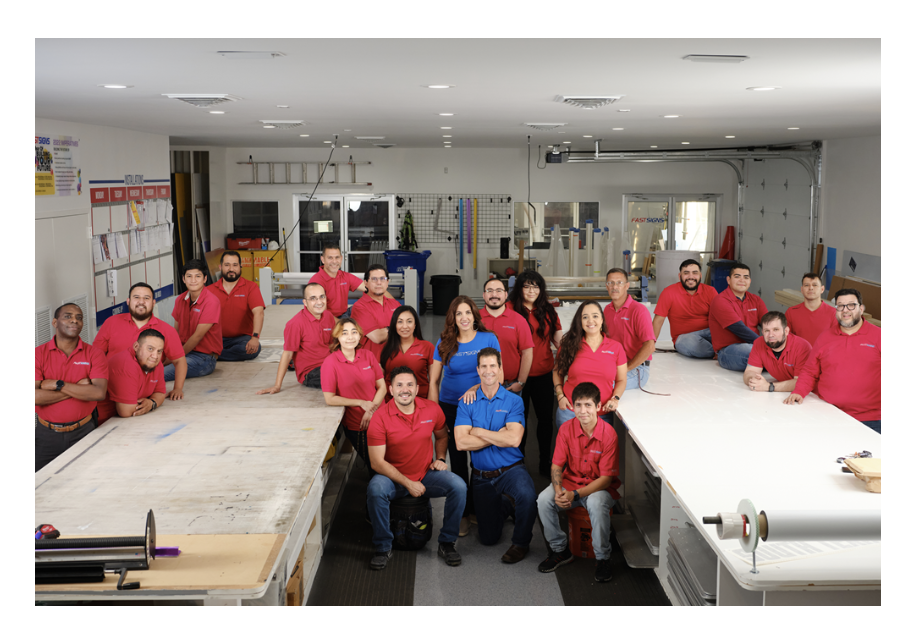 “We did not stop going to work,” Rose said. “We kept going. We are firm believers in perseverance and in pushing through. We are survivors.”

Everyone stayed busy cleaning, organizing, painting, and waiting for their phones to ring once again. Days of waiting turned to weeks, and then things began to change.

The phones began to ring again, the FASTSIGNS family took it as a small victory. Soon, the business began to shift. As the demand for party or event banners and signs waned and evaporated, FASTSIGNS became the go-to place for pandemic related products, such as instructional or public awareness signage, desk shields, and face shields, all of which were still in high demand. In the midst of the COVID-19 pandemic, they were deemed an essential business.

“Sales increased during the pandemic because we were able to react quickly to the community’s demands,” Rose said. “We were able to adapt, because we deemed ourselves as the COVID-19 relief signage company. We have an amazing staff.”

Business boomed during the pandemic, and the demand for COVID-19-related products remained a high-demand staple of their business for more than a year, Rod said.

This made it possible for the Snells to end their lease at the old McAllen location, and secure a low-interest loan that allowed them to purchase a 7,000 square-foot building to relocate their McAllen store.

The Snells had been looking for a new building for more than a year, and Rose said it was Rod who found what they feel is their ideal location. 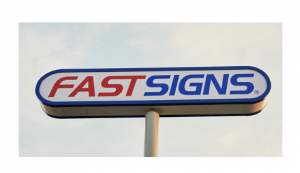 “I love driving up to our new building every day,” Rod said. “We are having more through-the-door traffic and more foot traffic [to the store]. People really appreciate the convenience, because when we were in the strip center, it was just jam-packed, and parking was always bad. Now, our employees have all the parking they need, and our customers have all the parking they need.”

In the two years since the COVID-19 pandemic began, the Snells say they are able to look back with a sense of pride when they consider how their staff handled the stress each day, both personally and professionally. In fact, they consider it the greatest moment in the history of their business.

“Everybody was scared. That was the first thing our employees would talk about each morning,” Rod said. “The Bible says, ‘fear not’ over and over, so we tried to strengthen ourselves. It was the fear factor we had to overcome, and our employees were solid.”