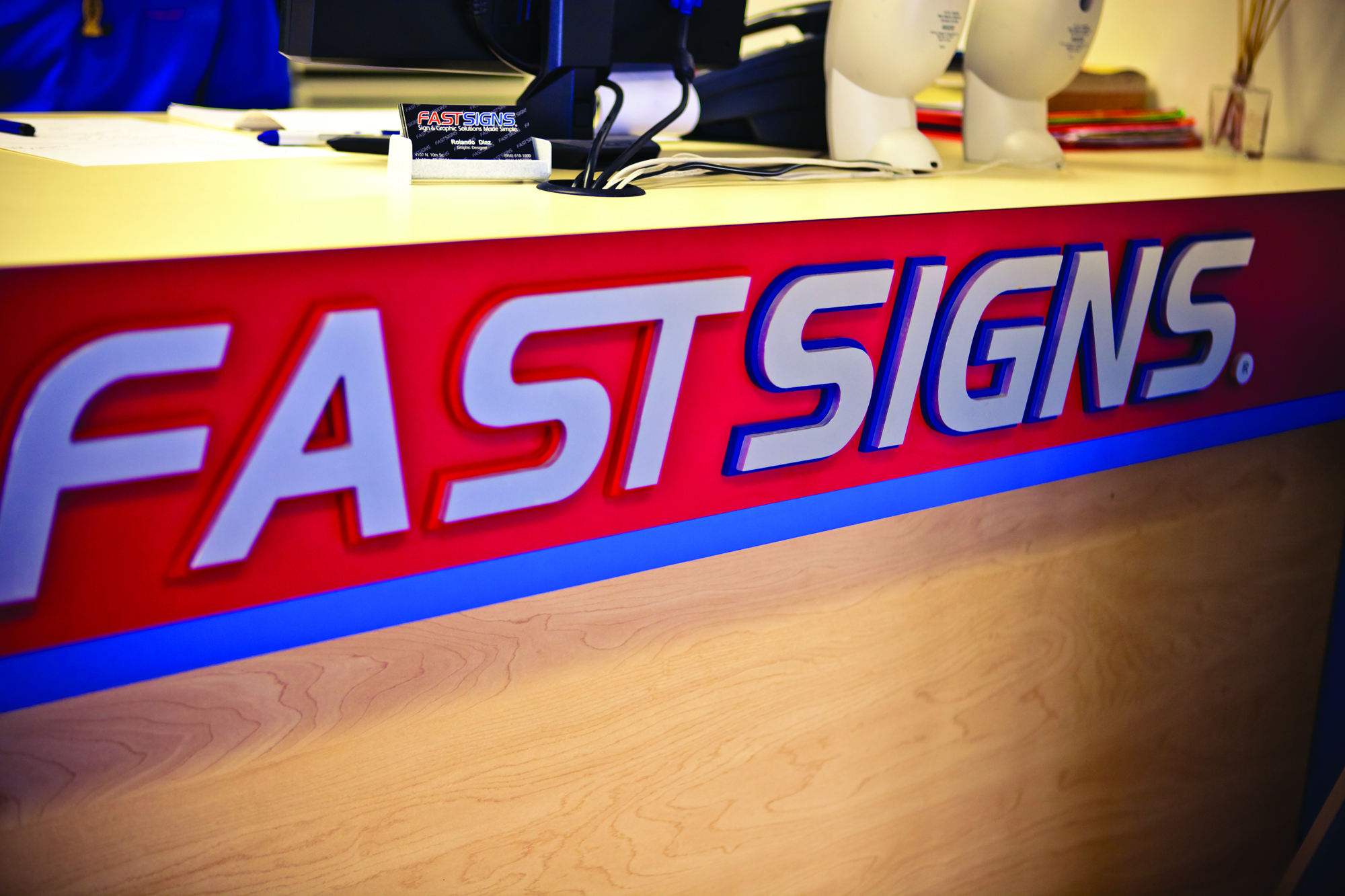 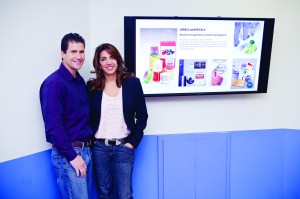 Business is thriving for a company addressing the visual communication challenges for local businesses. A dynamic husband and wife team, owners of Fast Signs in Harlingen, Texas, Rod and Rose Snell say they’ve built their business on the premise that Fast Signs bridges the visual gap between seller and consumer.  In addition, they’ve built their name using quality and community, and whether it includes the creation of trade show displays, or graphics on vehicles or storefronts, their goal is to condition businesses to communicate with their client base, enabling them to prosper. “I think we have built a good name and reputation for the quality we have put out,” says Rose Snell, “but most of all, we’ve built a good name and reputation because of the relationships we’ve built with people in the community. We are big believers in giving back and we support the community and the community supports us.”

The McAllen Fast Signs began operation 20 years ago, while the Harlingen location opened 14 years ago. The company specializes in designing projects in tandem with hospitals, large institutions and local businesses.

“When people talk about how cheap their signs are, that kind of devalues them. If budget is your number one priority, then I guess we can get that for you, but you’re going to compromise quality and service because that’s your priority,” Snell says. “But if you’re looking for quality and for a relationship, as well as someone who gives back to the community, then you’re going to want to go with a more professional establishment like Fast Signs.” Snell also says that Fast Signs specializes in overseeing projects from concept to completion. A talented group of professionals and designers will determine a customer’s exact needs because, according to Snell, “when you understand your customer and you build a relationship, you’re going to understand their personality.”

Some of the company’s most successful sign creations include the signs at Max Fitness on Treasure Hills Boulevard in Harlingen, as Fast Signs designed the numerous 4’ by 8’ acrylics hanging in the gym area. In addition, the company was also tapped to make a design for a fleet of vehicles shuttling visitors from Valley International Airport to South Padre Island. Fast Signs had the opportunity to develop and create a visual message, and finally wrap each of those vehicles in a custom designed beach scene. However, Rod Snell is honest about the challenges of his business and manufacturing those signs: “The downfall is you’re going from concept, to creating that concept, to then fabricating that concept and then selling what you made,” Snell says. “You’re essentially working on it from start to finish. We’re doing it all right here. That’s where I think it becomes challenging. I like the manufacturing part of it and the operations part of it. From my engineering background I am able to see how things can be eked out in the process, and try to make the store run more efficiently. That’s a lot of fun.”

Rod Snell was an astronautical engineer for Lockheed Martin, which later became United Launch Alliance (ULA), operating in the Harlingen area. His company built the Atlas family of launch vehicles, and was in charge of sending military and commercial satellites into orbit. When he left the company he said it only took him two hours to decide on his next career. “I left work at 11 a.m. and by 1 p.m. I was here,” he said. “I was chin deep in stuff within two and a half hours. I hit the ground running because there was so much to do. When I was sitting behind my computer designing rockets, I had no clue what Rose was up against. I didn’t realize how tough this was. Sure I helped on the side, like on the weekends, but I was never 100 percent involved.” Rose Snell admonishes, saying he brought a level of efficiency that streamlined the business, as she comes from a background in management and finance, “My expertise is in building relationships with people,” she says, “with the ability to manage people and customer service I knew that I wanted to go into this business.”

“What Rod brings to this business is being able to lean out this process, because I can’t do that,” she said. “I’m too busy trying to manage people and customers and the creative part of it. Rod is the one who asks, ‘are we making a profit, how can we be faster or better?'” It’s a big city mentality in most communities that makes the Valley conducive to business. In turn, it enables the company to apply big city ideas locally.  “It’s almost like the final frontier, I think,” Rod Snell says about the Valley. “You come here and you find that they’re small towns that all want to be big cities. They need to get there. That is why our business thrives. Because there are so many big city things we can do here.” Rose Snell acknowledges the potential for growth in the area. “It’s growing. I think it’s the people networking and the fact that people genuinely want to help you out. If it weren’t for the people and the relationships, we wouldn’t be who we are today. So many have helped us along the way and we are grateful. The good nature of people is so obvious here. It has that small town environment, but again it spreads across the Valley.”