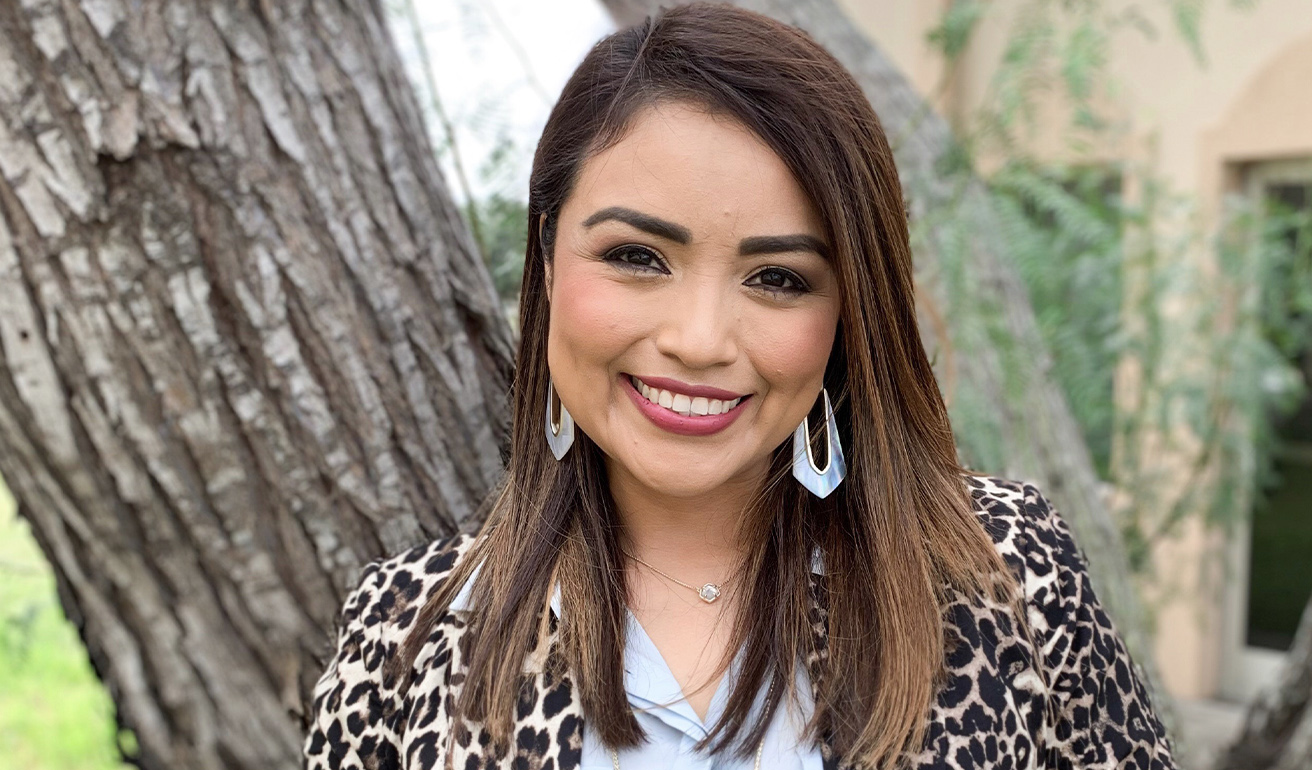 When Roxanne Pacheco was seven months pregnant, doctors told her that her daughter would be born with heart defects so severe they recommended an abortion.

Her daughter was born Nov. 8, 2003, and died in her third open-heart surgery that next February. Pacheco was surrounded by her family’s love and support, but it was a man named Jesse who managed to break through her walls and reach her.

“I thought he was super courageous because he came and he kind of just sat with me and he said, ‘you know, one day it’s going to make sense. One day it’s going to be OK,’” Pacheco remembered. She lashed out at the advice, certain that he had no idea what she was going through.

As it turned out, though, Jesse had also lost a child. Pacheco recalls breaking down and truly grieving then.

“Shortly after that, I got a box in the mail,” she said, pointing to a white box on a shelf in her office. The memory box contains a lock of her daughter’s hair, her handprints and footprints, and a note from Jesse. “In that note, he writes about how one day I was going to use my pain for a purpose. When I received that, that’s when that seed started to blossom.”

Pacheco went back to school. Two years after her loss, she was working in Doctors Hospital at Renaissance in the children’s oncology ward. The day forever seared in her memories is one when she asked a little girl how she could help.

The girl told Pacheco that she was ready to go — and that she could see angels in the room ready to take her — but that her mother wasn’t ready. Reeling, Pacheco talked to the child’s mother, repeating what Jesse had told her, and adding that the mother would need to be strong and tell her daughter that it would be OK to leave.

“I get so emotional because that was the first time I was able to see that my pain had a purpose,” Pacheco said. “She went in, she talked to her daughter, and she came out. Not even 30 minutes later, the daughter had passed.”

From then on, Pacheco found a niche in counseling parents whose children were in critical condition. She often used her own experience to give comfort to others who were enduring the same thing.

“It’s been the hardest but the most gratifying part of my life,” she said. “I always say that [my daughter] has had a greater impact after death than when she was still alive because to this day, there’s people that come in completely heartbroken and they’re able to find a purpose and that’s what I’m about — helping people find that their pain has a purpose.”

Since 2013, Pacheco has been a psychotherapist who specializes in trauma and complicated grief. She treats clients of all ages who have experienced abuse, loss, and other situations. The path to healing is different for everyone, and Pacheco incorporates a different approach for each.

“I’ve heard from my clients that they like that I do different modalities,” she said. “Inner child, music, yoga, laughter yoga — you name it, I’ll incorporate it. Whatever’s going to work for them. They like the eclecticism.”

Clients must take action — and follow through — to work through their trauma. It’s not enough just to talk about it, Pacheco says.

“Some of the most challenging moments is seeing where a client can be, but them choosing to stay where they’re at out of safety, out of fear of ‘what if,’” she said.

Whenever applicable, Pacheco uses a faith-based approach with her clients. It helps even when trying to answer hard questions, or addressing anger toward God allowing such situations to occur.

“At the moment of that abuse, I don’t know where God was because I do believe that evil does exist, but I do know that He was there to hold you and to strengthen you and to help you along the way,” Pacheco said. “I do believe He carried you through. Right after that moment, He was right there to carry you through.”

Bad things can happen to anyone, at any time, but there’s one thing that’s important to keep in mind, Pacheco says.

“Trauma is real, but so is healing.”