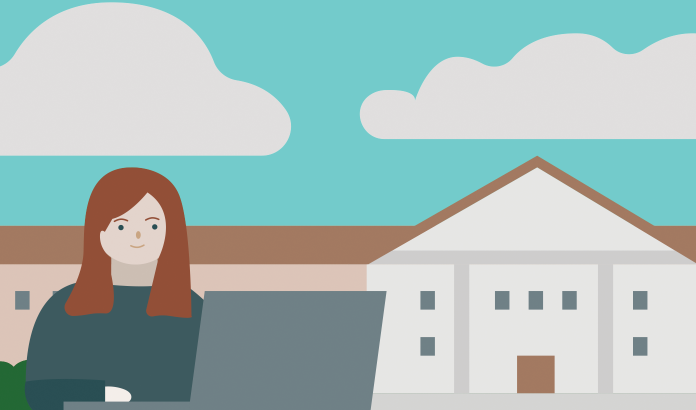 Being a high school senior is one of the most exciting times in a young person’s life. It can also be nerve-wracking and stressful for those who have dreams of attending college or a quality trade school when they graduate.

But improving upon the last generation and achieving individual success has always been part of the American Dream.

Often, this hinges on whether students and their families can afford the financial burden of post-secondary education. Many students rely on scholarships to help; others are encouraged  — most often by their school counselors — to submit the Free Application for Federal Student Aid, or FAFSA. This application can be a tedious and difficult process, particularly for students from the Valley.

“If it weren’t for FAFSA, I wouldn’t have been able to go to college,” said Alex Meade, senior vice president of economic development and public finance at Texas Regional Bank in Harlingen.

Meade, who previously served as the city manager in Pharr and economic development director in Mission, said the idea came about during a meeting with Texas Workforce Commission Commissioner Julian Alvarez.

He then approached representatives from the Texas Education Agency’s (TEA) Region 1 Education Service Center and Educate Texas, a statewide nonprofit organization, and RGV FOCUS, a subsidiary of Educate Texas, to form the partnership.

“I didn’t realize that no one had ever done this before,” Meade said. “When we started talking with people…we learned that the different regions had challenged themselves with helping to complete these FAFSA applications. No one has ever done this collectively, and there was never a statewide challenge or campaign.”

The challenge, which has long been embraced by the education service centers within the TEA, begins at the high school campus level by encouraging school counselors to be that beacon of light for juniors and seniors by sharing the benefits of submitting their FAFSA applications.

The application itself, however, can be complicated. Students who see this form for the first time can become discouraged and decide to not even fill out the application once they encounter questions about their household income. 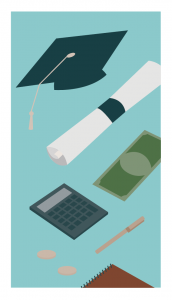 “If you want to go to college and you want to receive financial aid, a scholarship, or some kind of grant — or even a student loan — you have to have the FAFSA application completed,” Meade said. ”But that form can be a cumbersome process. Some kids might say, ‘My parents don’t understand English. I don’t understand what this form says, so I’m just not going to fill it out. I guess I just won’t go to college.’”

In November 2022,  Alvarez discussed this partnership on RGVision The Podcast, with CEO Gabe Puente, and how having students fill out their FAFSA applications would help the TWC track student success rates.

“We are going to get students who are going to fill out their FAFSA, then we are going to be able to collect data on which schools actually accepted these students, so now you have data,” Alvarez said.

The data, which will come from the U.S. Department of Education, will also allow the TWC and TEA to see how many of those students who filled out a FAFSA application went to community college, university, or a trade school, and potentially whether those students graduated and continued on to successful careers.

The program launched in the Valley in October and will expand to the remaining 19 educational service centers within the TEA over the next two to five years, according to Meade.

Chris Coxon, managing director of programs for Educate Texas, said the data will help members of the partnership see which campuses are doing better and which need more help to ensure success.

“One of the most interesting parts of this is that, through Alex’s leadership, we’re bringing business and industry to the table…to talk about the importance of getting that post-secondary credential or degree and why it is so important,” he said.

This unique partnership between public and private entities is an important step in the state’s economic future. But it’s just one of many challenges that will help ensure Texas’ economy remains strong.

One such program was unveiled in March 2016 when Governor Greg Abbott announced the formation of the Tri-Agency Workforce Initiative, which tasked the TWC, TEA, and the Texas Higher Education Coordinating Board with assessing workforce challenges and economic activity stateside to find approaches that would meet or exceed workforce goals.

“Understanding the needs of job creators is paramount to ensuring that Texas remains the top state for business expansion and relocation,” shared Governor Abbott in a 2016 press release. “By establishing this initiative, the State of Texas now seeks to ensure that the needs of both its growing workforce, as well as new and existing businesses, are met and each are prepared to successfully operate in an ever-changing 21st century economy.”

The Tri-Agency Workforce Initiative was first proposed by the Texas Higher Education Coordinating Board in July 2015 and was known then as the 60x30TX Strategic Plan.

The goal of 60x30TX was to have at least 60% of Texans between the ages of 25 and 34 have a college degree or hold a certification in a trade or skill.

Members of the Tri-Agency Initiative held meetings over the span of four years. In 2019, the Texas Legislature passed House Bill 3, which was considered one of the most transformative education bills to be passed at that time.

RGV FOCUS, a collaborative that falls under the umbrella of Educate Texas and Communities Foundation of Texas, teams up with public and private entities to help provide opportunities for students in the Valley to earn their college degrees.

“We want to make sure that students have viable pathways to these opportunities for higher education, and of course, we are also interested in completion,” said Rebecca Lopez, RGV FOCUS director. “We want to make sure students aren’t just getting into [college], they’re getting through as well.”

Lopez said RGV FOCUS learned about this partnership and the FAFSA Challenge in September when Meade spoke to their organization and wanted to take part in the launch of this ambitious plan.

According to data provided by RGV FOCUS, high school seniors who complete the FAFSA are 84% more likely to immediately enroll in postsecondary education. For students in the lowest socioeconomic quintile, FAFSA completion is associated with a 127% increase in immediate college enrollment.

RGV FOCUS has connected RGV FAFSA Challenge partners with the Texas College Access Network (TxCAN) FAFSA Dashboard. TxCAN is another initiative of Educate Texas that connects and supports college access initiatives across Texas with the goal of increasing access to college and certification programs.

“Our goal is to remove the barrier for students to complete financial aid so that they are one step closer to enrolling in college,” Lopez said.