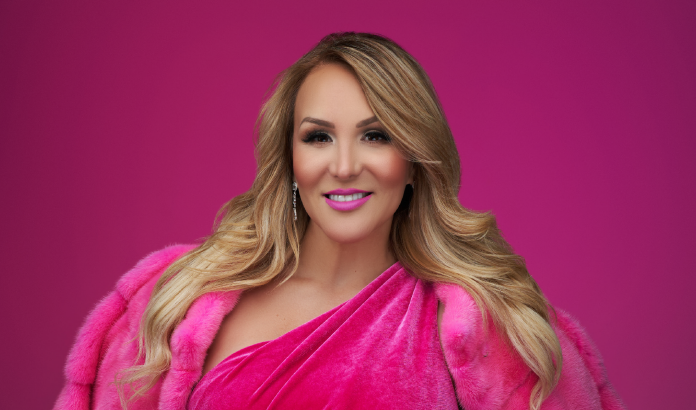 She started her first business at 21 and has developed over a dozen more since.

Yet Perla Tamez Casasnovas said she has never worked a day in her life  — or at least that’s how she feels.

In growing up and seeing her immigrant parents work hard and open their businesses, Tamez Casasnovas got to experience what it took to be an entrepreneur. She didn’t just witness it; she took part.

“At 7-years-old, my hobby was going to my mother’s shoe store and helping her take shoes out of the boxes to put them on display,” she said. “Ever since I could remember, my after-school activities were going to my parents’ businesses and pitching in with different tasks.

“I was always hungry to learn the new things that my parents were doing and to have duties within the company.”

By the time she was a teenager, her family had owned several dry cleaners across the Valley. Tamez Casasnovas continued to spend her evenings and weekends working. Through this experience, there is one story she credits as having taught her not only how to be a leader, but how to be a leader with a heart.

Feeling frustrated with the employees at one location, her aunt (who was the general manager) announced that she would fire everyone.

“My mom says to her, ‘OK. But just know that if you fire everybody, then you’re the one that’s going to have to be pressing thousands of garments a day,’” she shared. “My aunt said, ‘No, I can’t do that.’ So then my mom replied, ‘That’s why your job is to take care of the people because, without them, you’re nothing.’ 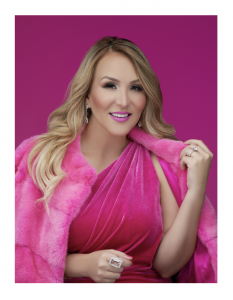 When the time came for her to decide upon her career, she knew that she wanted to do something in business. She decided to study speech therapy — a job she witnessed closely through the adult daycare business her mother opened.

Having obtained 52 college credit hours in high school, Tamez Casasnovas set the goal to finish college at age 20. She planned to go through the program at UTRGV — the University of Texas-Pan American at the time —  but had to pivot when a barrier was presented.

“I went to orientation, and this lady asked me how old I was,” she said. “I told her I’m going to be 19, and she replied, ‘You’re too young to know what you want… I sit on the board and don’t think I would recommend you for the program. You’re too young.’

Tamez Casasnovas researched and found a program at Texas A&M University – Kingsville and achieved her goal.

“Once I have something in my mind, I understand that there are hurdles in between, but my job is to jump the hurdles and get to where I want to be — rain or shine,” she said.

During the time since, Tamez Casasnovas, 36, has faced — and overcome — many more challenges. The challenges include losing 80% of Dynamic Rehab Group’s income over a few months, filing a lawsuit against the State of Texas, laying off long-term employees, and going through personal issues with her family.

“One time, I was at the ranch, and I grabbed my last $100 bill after having millions of dollars and a Lamborghini,” she said. “I said that I would never back down. I don’t care if I have to sleep on the floor. My company is not closing because the kids need therapy.

‘I am proud to say that I’m going on 15 years in the healthcare industry and didn’t lose any of my properties. We are the largest therapy providers in Hidalgo County for outpatient facility therapy services.”

Through each hardship, she persisted and came out better on the other side. She said there was nothing she would change.

“All the bad deals I’ve invested in and the bad businesses that I made and that I lost have given me priceless lessons that I could never buy,” she said. “I did go through that to shine brighter.”

Her advice for aspiring entrepreneurs is to figure out what they want, stay focused, and not let fear keep them from taking risks and action.

“You have the power to decide,” she said. “I tell people, ‘Nothing you want is going to be perfect. But if you really want it, the little imperfections will not discourage you.’”

A serial entrepreneur with companies in 11 different industries, Tamez Casasnovas still sets goals to achieve. This year, she launched The Latina Empire, which she describes as “a revolutionary movement for women across the globe.”

“After I went through that troubled business era, I was so tired of myself that I lost myself; I was so wrapped up in my ego,” she said. “I traveled endlessly. I bought endless things. But Perla was lost in her heart.

“Once I exhausted all the possibilities that money can buy, I said, ‘Nobody can fix my heart. I have to go in there and get my spirituality in place. I have to go and heal my heart from everything I’ve been through.’”

Revisiting and reflecting on past events and all that shaped her helped her heal and find peace. Through Latina Empire, she wants to help other women do the same.

“What I know is that women are a force to be reckoned with when we are strong and healed,” she said. “I truly, truly in my heart believe that we are all brothers and sisters. We have our hearts in the same place. We have veins that run through the same area in the body.

“My legacy is to help women heal their hearts, challenge their minds, and fill their pockets. Suppose I can make 10, 50,000, 10 million, 100 million, 1 billion people more vulnerable with their hearts in their hands and cherishing those skills defined from those stories and traumas they lived. In that case, we will have a kinder, warmer, happier, more joyful planet.”

For more information, visit TheLatinaEmpire.com or @thelatinaempire on all social media platforms.